But if you're struggling to join it? Not nearly as appealing 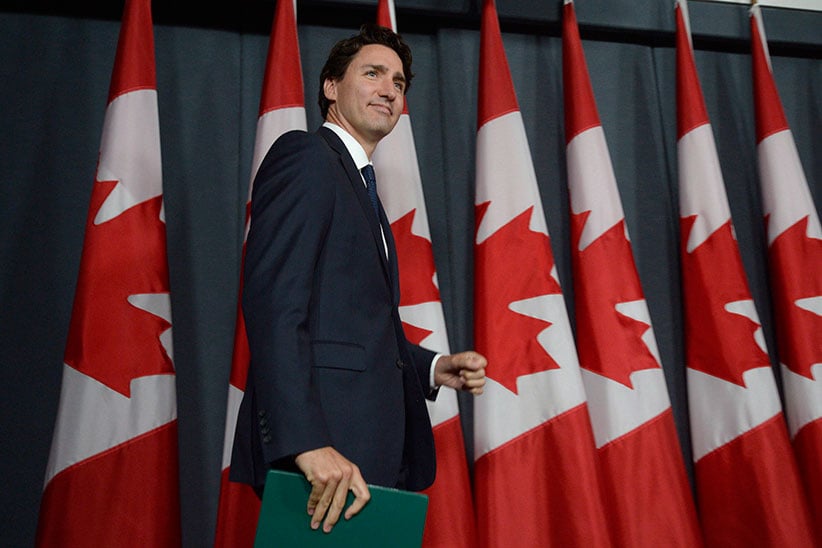 Justin Trudeau isn’t shy about using the same word clusters over and over, and among his favourites is the one about offering “real help to Canada’s middle class and all those working hard to join it.” So far, it seems the first part carries more weight than the second.

The Prime Minister emphasizes how his government has already made good on that pledge three times: first a tax cut, then a new child benefit, and finally the Canada Pension Plan reform that’s slated to be finalized by Ottawa and the provinces this week. But a close look at where the money flows on all three policies shows that Canadians who are already in the middle class stand to gain far more than those struggling to catch up with them.

I’ve turned more than once to David Macdonald, senior economist at the Canadian Centre for Policy Alternatives, to sort out the numbers on these files. Late last year, Macdonald’s analysis, based on a gold-standard Statistics Canada model, showed who benefits most from the Trudeau government’s trim of federal tax rate on income between $44,700 and $89,401 a year, from the current 22 per cent to 20.5 per cent.

The Canada Child Benefit (CCB) is a smart streamlining of the system that replaces a confusing array of existing payments to families with kids. Ottawa will start sending monthly, tax-free CCB cheques to parents later this month. Macdonald crunched those numbers, too. For families with children scraping by on less than about $40,000, the CCB will increase their support from the federal government by just over $1,000 a year. For families with kids making anywhere from $40,000 to $71,000, the CCB is worth about $2,600 more on average.

That leaves the Canada Pension Plan reform as the last element on which to sort out the split between the middle-income earners and those who aspire to join their ranks. Under the deal struck between Ottawa and most provinces, CPP premiums will rise between 2019 and 2023, but so will the amount of income covered, climbing to $82,700, up from $54,900. The result is bigger benefits, especially for retirees who earned pretty decent salaries during their working years.

The maximum annual CPP benefit payout for a long-term employee who made a good salary will rise to $19,900, after the reforms are completely implemented, up from about $13,110 now. But the snapshot examples provided by the federal Finance department give a better impression of the real impact. Let’s compare two workers, both 41 now, so they will be 50 when the CPP changes come into full effect in 2025, one making $50,000 and the other $75,000. The $50,000 earner stands to gain $1,500 in CPP benefits in retirement, while the $75,000 earner is in line for a $2,600 CPP benefit increase.

The impact is greater for Millennials only just getting started on careers now. For those who will turn 30 in 2025, if they managed to earn $75,000 a year, the new CPP will ultimately pay them $6,100 more a year on retirement than they would have received under the old plan. Those who steadily make $50,000 during their working lives will gain a lot less, $3,600 in added CPP on retirement. A worker who pulled in just $25,000 a year over 35 years of contributing to CPP would gain just $1,800 a year in benefits.

Of course, the tax cut, the child benefit and the pension expansion aren’t the only reforms the Trudeau government will make. Other moves might help those further down the income scale, like the boost in the Guaranteed Income Supplement for seniors in last spring’s budget. But looking just at these three major moves—the thrusts Trudeau urged Canadians to focus on as he wrapped up his first parliamentary session—the way the new money flows is consistent. Far more of it goes those already in the middle class that those striving to join it.