An acceptance speech with a dose of the unexpected 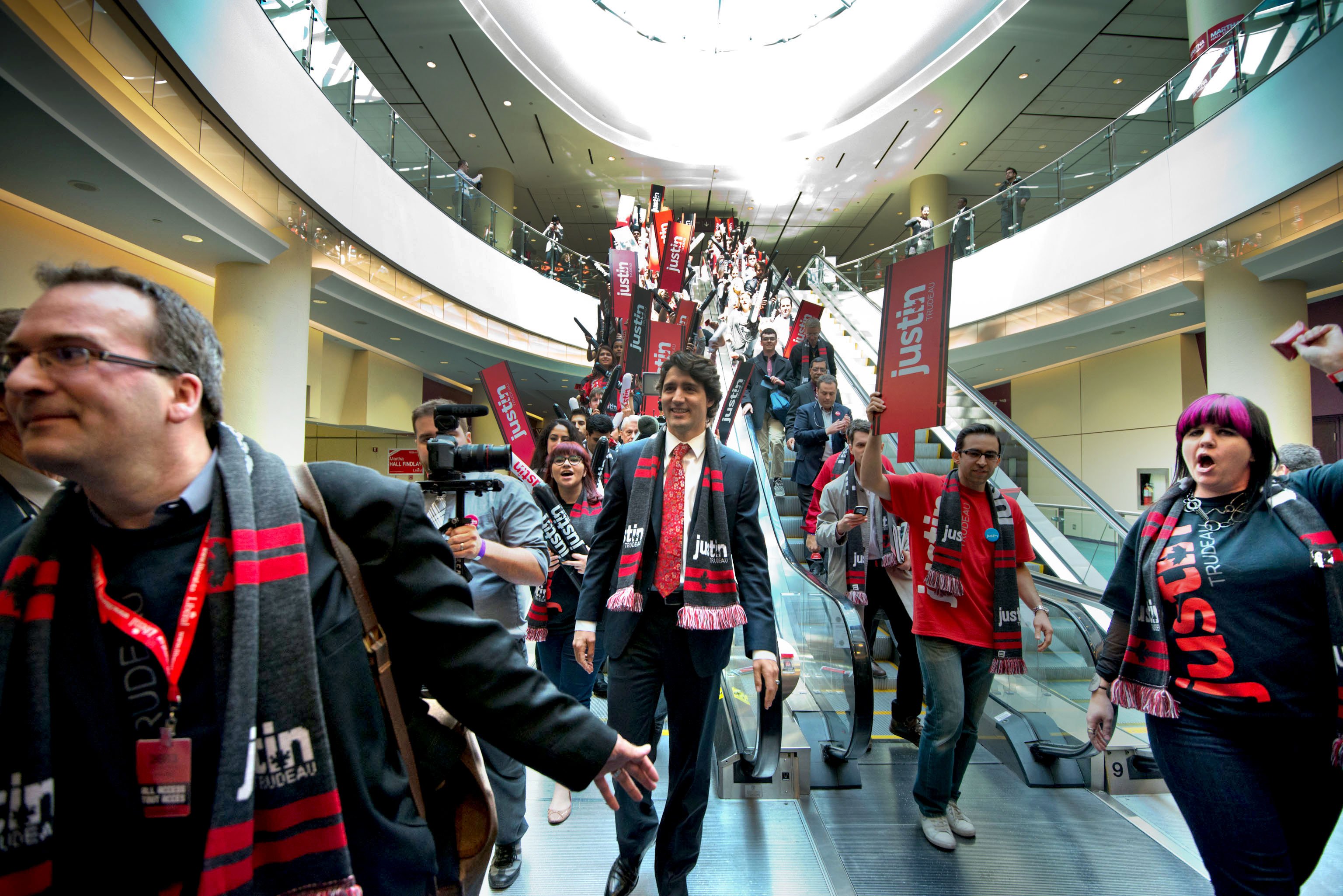 Rarely has a Canadian federal party’s leadership race drawn to a close so utterly devoid of suspense. Not only was every Liberal packed into the Confederation Ballroom of Ottawa’s Westin Hotel on the early evening of April 14 sure that Justin Trudeau would win, they agreed that he’d triumph by a wide margin. So even the announcement that an overwhelming 80 per cent of the 104,552 Liberal party members and supporters who cast a ballot had voted for him failed to cause much more than a ripple.

And yet his acceptance speech managed to deliver at least a bit of the unexpected. It wasn’t the partisan framing of Liberalism as the “sunny” alternative to “negative, divisive” Conservatism. It wasn’t that he finally offered up a sense of the sort of platform the Trudeau Liberals might run on in 2015. But Trudeau did adopt an uncharacteristically stern tone when he directed his message at Liberal insiders. “Canadians turned away from us because we turned away from them,” he scolded, “because Liberals became more focused on fighting with each other than fighting for Canadians.”

He even invoked Pierre Trudeau’s memory in imploring—no, ordering—Liberals to put aside past intramural squabbles. “I don’t care if you thought my father was great or arrogant,” he said. “It doesn’t matter to me if you were a Chrétien-Liberal, a Turner-Liberal, a Martin-Liberal, or any other kind of Liberal. The era of hyphenated Liberals ends right here, tonight.” What he didn’t mention was that outright battles among Liberal factions have not been the party’s main problem in recent elections. Under Stéphane Dion and Michael Ignatieff, the bigger issue was the passive reluctance of many Liberals to get involved.

Related at macleans.ca: Extensive coverage of the 2013 Liberal leadership race

By focusing on the party’s internal challenges, Trudeau seemed to signal that he sees rebuilding as his major challenge in the run-up to the expected 2015 election. Few doubt the Liberals have fallen far behind the Conservatives, and perhaps the NDP, in their ability to raise money and rally volunteers. Still, it’s worth keeping in mind how political circumstances—rather than party capacity—have been behind recent election breakthroughs. The sponsorship scandal derailed Paul Martin’s Liberals, allowing Stephen Harper’s Conservatives to rise in 2004 and 2006. Jack Layton’s personal struggle with illness elevated him to folk-hero status, allowing his NDP to vault into second place in 2011.

The shifting fortunes of politicians and parties will shape the campaigns Trudeau leads the Liberals into in ways that can’t be predicted. All he can do is strive to position his party to be ready to take advantage of openings, as Harper’s Tories and Layton’s NDP did. If the enthusiasm his leadership campaign indisputably generated can be sustained, then that alone will put the Liberals in a better position to be opportunistic. The question now is whether Trudeau, having proven he can excite partisans, can leaven that scintillation with enough substance to convince voters to begin imagining him a prime minister.