An audacious vision of Canada's place in a changing world

It's less about Canada trying to make the world a better place than preserving what is left, writes Stephanie Carvin, but a lot could still go wrong for the government 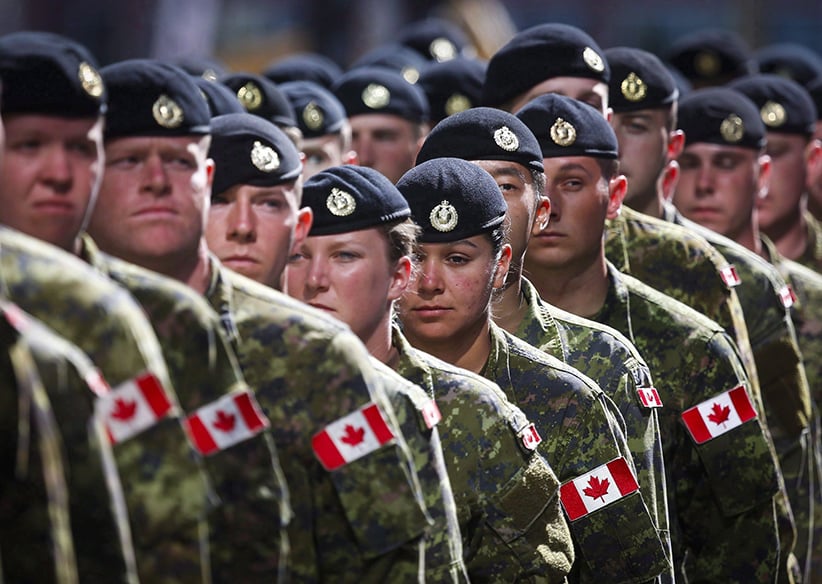 The week is not yet over and it has already been, arguably, the most significant for Canadian foreign policy since the Suez Crisis. On Tuesday, Foreign Minister Chrystia Freeland outlined in the House of Commons her understanding of a shifting world order, defined by a retrenching America abandoning its global leadership role, rising powers overseas and emerging populist movements leading to anti-democratic sentiment around the world. The answer to these challenges, the Minister argued, was more Canadian soft and hard power.

This was followed by the release of the long-awaited Defence Policy Review on Wednesday. Freeland’s speech had already raised expectations for the Review—on Tuesday she had dedicated much time to the idea of a more muscular presence for Canada in the world. And indeed, the Liberals committed to an increase in military spending with an ambitious document, titled “Strong, Secure and Engaged,” outlining what the Liberals envision Canadian “hard power” to be over the course of the next 20 years.

Although where the money will come from, and how the new defence policy will be implemented remains unknown (there are no timelines in the document), what the Liberal government has accomplished this week is to set out is an audacious vision of a changing world and Canada’s place in it.

In making the argument about where Canada is going, Freeland routed her argument in the past. Her history lesson at the beginning of her speech harkens back to what is sometimes referred to as the “Golden Age” of Canadian foreign policy—the two decades following the Second World War where Canada played a role in helping to rebuild world order and support the West in the emerging Cold War. This era is sometimes called “Pearsonian”—the eponymous term used by academics to describe the foreign policies associated with Lester B. Pearson.

The essential tenets of Pearsonianism are that Canada has a place in the world, the duty to make it better, and that it should act as a leading middle power working with its allies to achieve this end. Pearson believed in both soft and hard power—Canada needed to reach out and work through multilateral institutions, but it also needed to defend the West from the threat posed by the Soviet Union. Nevertheless, traditional Pearsonianism is inherently optimistic—Canada can work to make the world a better place.

The vision Freeland and Sajjan have put forward is an updated Pearsonianism for 2017—or what may as well be called “Pearsonianism mugged by reality.” Canada’s role is now seen less in terms of making the world a better place than working with allies to simply preserve what is left.

Should all go according to plan, Canada will have a military that is better able to preserve our sovereignty as well as contribute to military missions around most parts of the globe to fulfill these ends. But that is a big if—despite the careful planning and meticulous attention to detail there are still many ways this new vision could turn into a nightmare for the government.

The first problem is simply international relations itself. While Freeland’s speech and the Review have provided a clear-eyed view of the threats faced by Canada, there is no real sense of what missions the government may be contemplating beyond what they have already committed to. Over a year and half into the government’s mandate, we are still waiting for specifics.

And yet, while much has been made of the fact that the Liberal government has still not chosen a peacekeeping mission, the bigger issue is that the shifting nature of global politics identified within these policy statements will produce surprises and conflicts that cannot be anticipated. In the same way that the Harper government’s “Canada First Defence Strategy” was derailed by the 2008 global recession, there is no telling if this expensive vision will survive another global economic meltdown.

The second issue is that in some ways Canadian governments have tried this before. Since 1972 they have periodically attempted to find a “third option” to counter-balance Canada’s relationship with the United States in the form of different partnerships, whether with Europe or China. Notably, all efforts have mostly failed. Frustration among Western allies with Trump’s behaviour may change our prospects and calculations in other countries, but Canadians should not hold their breaths hoping that Canada will be able to rapidly escape America’s orbit.

Finally, although the plan is costed and detailed, the real battle will likely be fought within the halls of the Department of National Defence itself. Implementation of this ambitious plan within a conservative institution will be difficult. The Harper government’s plans to acquire drones failed not because of a lack of funding, but in large part because DND simply did not have the capacity to deal with the process for purchasing drones, F-35s, and re-fitting the CP-140 Auroras. Unless DND can amend its procurement process and develop its procurement capacity, much of this plan will remain unfulfilled.