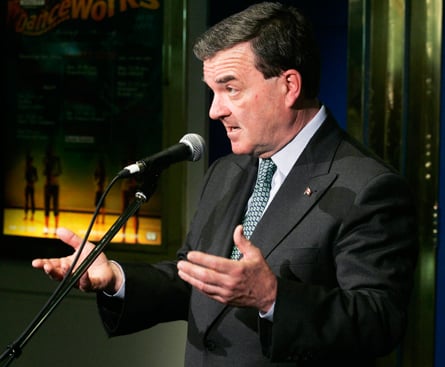 Finance Minister Jim Flaherty has the toughest job in Ottawa, and maybe the most crucial: running Canadian economic policy during the worst global recession since the Depression.

In a wide-ranging interview with Maclean’s earlier this week, Flaherty talked about everything from the expectations he raised with his Jan. 27 budget to whether the Conservative government can survive after governing through a punishing economic downturn.

Q. Your January budget left an impression that big things were going to happen very fast to counter the recession. Did you create too wide a gap between expectations and what’s feasible in terms of quick stimulus spending?

A. Not among knowledgeable people. But some people who don’t understand government might have thought that spending could happen in 30 days or 60 days. That isn’t the way governments work. But we were able to accelerate the spending, and when I report on behalf of the government in the next brief period, it will show quite substantial spending in the first quarter of the fiscal year.

Q. On the matter of how fast you meant to roll out stimulus spending what did you mean in the budget by the phrase “measures must begin within 120 days to be most effective”?

A. That we had to act urgently within the first quarter of this year and that has happened.

Q. I know you have a June progress report coming out soon and won’t want to reveal details now, but can you offer Maclean’s readers a sense of how much stimulus spending is already happening?

Q. We had a $3-billion special vote in Treasury Board and I expect most of that will have been released, which in the normal course we wouldn’t have been able to spend in the first quarter. We’ve already got money going out the door on the knowledge infrastructure program, which is $2 billion. Those are all shovel-ready projects at universities and colleges that they can do right away.

Q. What’s the process inside government been like to get that spending going?

A. I’ve been an alarmist within the government in terms of demanding urgency. There was some resistance, government being government. But I have to say that Treasury Board has been responsive, once everyone agreed, both elected people and unelected people, that this was an extraordinary time. We have to expedite the processes. And that’s not easy to do. Everybody is always concerned about checks and balances, given the fact that there will be justifications called for two or three years from now about particular projects.

Q. Was your $37.4-billion deficit projection in the January budget so wrong because the world economic outlook worsened in February and March?

A. Well, we took a more pessimistic view in the budget than private sector economists did. We also had the much more significant demands with respect to General Motors than were anticipated.

Q. There have been news reports quoting unnamed sources in your department saying that a bigger GM bailout was in fact anticipated at budget time, but the real figure was kept out of the budget so the auto industry wouldn’t know how high you were willing to go with the bailout. Is that true?

A. I don’t know what they are talking about.

Q. The Canadian deficit is much lower as a share of the economy than the U.S. deficit. Our consumers are less indebted. But can we capitalize on those advantages if our major trading partner suffers a prolonged slump and a slow recovery?

A. Our economy is significantly affected by the U.S. economy, where 75 per cent of our exports still go. But the stronger fiscal situation in Canada is important. The U.S. was spending a lot of money and running up large deficits for a long period. For the first three years of our government, we paid off almost $40 billion in debt, and were running balanced budgets, in part because we knew we had to prepare for the United States to go through a difficult period because of their overspending.

Similarly, what’s going on now in the U.S. in terms of massive spending cannot go on indefinitely without consequences. I look the United Kingdom, some other European nations, the United States—they’re running deficits that are in double digits as a percentage of GDP. We’re not even close to that; our deficit is between three and 3.5 per cent of GDP.

Q. If Canada’s fiscal fundamentals are strong, these are still unsettling times. For instance, R & D by Canadian companies is perennially weak. And now the future of two of the very biggest research spenders, Nortel and AECL, are in doubt. Should we be worried about our innovative capacity shrinking?

A. As a government we are among the largest funders of R & D in the world. We’re low on the private-sector side, which has been a persistent concern. One of the things I’ve talked about with my Economic Advisory Council, which is important to me, is that in the IT sector we have a tremendous success. We have more than half a million people working in that sector and it has not gone into recession. It’s a tremendous source of research and development innovation. In the financial services sector we have sources of innovation.

So there are some bright spots. I am concerned about the Nortels of this world. On the other hand, in the auto sector, most of the intellectual property and innovation is in the parts sector—Magna, Linamar, Woodbridge—and these are all companies helped by what we’re doing with GM and Chrysler. So it’s a mixed story.

Q. I know you’re not the trade minister, but you must be concerned about the recession breeding protectionism. Will Canada offer forest products companies here support to counter the so-called “black liquor” subsidy the U.S. is paying to its pulp and paper makers?

A. We really don’t want to do that. That’s the sort of thing that’s been talked about time and time again around the G20 finance ministers’ table, around the leaders’ summits in Washington and London—to avoid protectionist measures. This is the lesson of the 1930s. This is a recipe for downward spiral into depression.

Q. The history of recessions over the past four decades is that governments in power when bad times hit always suffer in the next election, either falling from majority to minority or out of power altogether. Do you think it’s possible to govern through this one without paying a heavy political price?

What I’m hearing in my own riding is, ‘We know it’s a difficult time. We know this recession didn’t start in Canada. We know you’re taking action to help us get through it. We know we can get through it better than most countries.’ Now we’ll see what the reward or the punishment is at the end of it all.