And now, the alternative-reality government 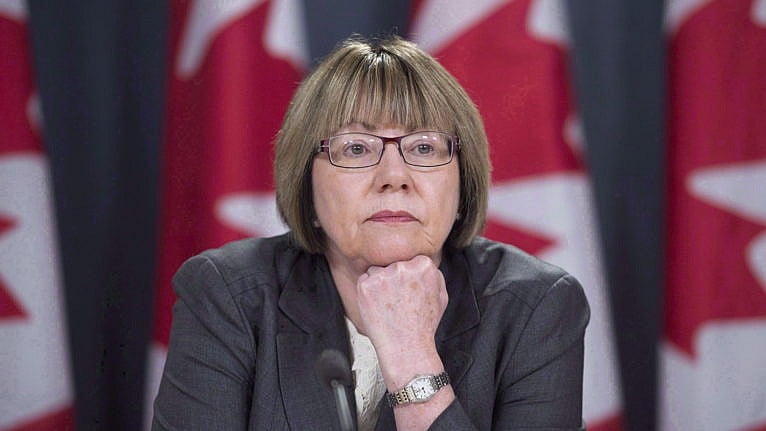 At last, a policy conference. On Thursday word spread that Anne McLellan and Lisa Raitt, respectively the Liberal and Conservative prime ministers who got away, will be co-chairs of an October summit in Ottawa to champion Canada’s long-term growth.

It’s rather an ambitious thing. McLellan and Raitt are the heads, or the front, of the Coalition for a Better Future, which seeks “a more inclusive, sustainable, and prosperous Canada” but worries that “if we if we do not act now… Canadians’ long-term standard of living is at risk.”

“Too often the focus of economic discussions is only on the problems, not on the opportunities and solutions,” McLellan says in the news release. “We want to have a different kind of discussion… a national conversation about what actions we can take to ensure that future generations can continue to enjoy the quality of life and standard of living that has made Canada the envy of the world.”

Who’s joining the two former ministers in this enterprise? Basically everybody, is who. The coalition/summit’s advisory council is a veritable Hy’s Who of Laurentian elites, including Yaprak Baltacioglu, a retired deputy minister under Liberal and Conservative governments who could reasonably have been Clerk of the Privy Council; Paul Desmarais III of the Yes, That Desmarais Family; Suncor CEO Mark Little; the heads of the best-connected think tanks in Ottawa, Ed Greenspon of the Public Policy Forum and Anna Gainey of Canada 2020; Carolyn Wilkins, who could reasonably have been governor of the Bank of Canada; and Hassan Yussuff, the former Canadian Labour Congress head who just got elevated to the Senate by Prime Minister Justin Trudeau.

The broader coalition reads approximately like the list of sponsored tables at a Politics and the Pen dinner: the Asia-Pacific Foundation, the Business Councils of Canada, British Columbia, Alberta and Manitoba, the Canadian Meat Council, the Canadian Red Cross, the Montreal Chamber of Commerce, Smart Prosperity and the associations representing Canada’s colleges, universities and the smaller association representing the 15 largest research universities. If you worry that someone’s been left off the list, it’s likelier that they’re on the list and I simply left them off this summary.

I think it’s never a bad idea for smart and experienced people to discuss the economy. This should happen more often, not less. Everyone I know on this list is impressively experienced and full of goodwill. In the present case, however, I’m struck by the confluence of three things:

• apocalyptic language (“standard of living is at risk”);

• a bunch of people yearning for a government that would do what the current incumbent government never stops claiming to do (“inclusive, sustainable and prosperous Canada”);

• and the fact that most of these people have a long history of working closely with the current government and, in many cases, its predecessor.

I mean, I promise you that Perrin Beatty, Eddie Greenspon, Mark Little and the Montreal Chamber of Commerce can get calls returned from the PMO quicker than I can. On a more formal note, every business group in this coalition has a long history of submitting written briefs, and often testifying, in the House Finance Committee’s annual pre-budget consultations. So do most of the associations. As for the think tanks, most of the ones on this list can routinely get four cabinet ministers to show up for each of their conferences. Anna Gainey, newly arrived at Canada 2020, is after all a recent past Liberal Party of Canada president who remains on excellent terms with Team Trudeau.

So it’s not immediately clear what these groups hope to accomplish together that they haven’t been accomplishing singly for years.

Each will have their own reasons, and in any coalition with 60 member organizations and a 14-member advisory council, not all will agree with the theory I’m about to advance. But here goes. I think this event and the coalition that’s sprung up around it respond to a yearning. A sense that, whatever it is that preoccupies the Trudeau government or would preoccupy any currently imaginable Conservative alternative, it isn’t long-term prosperity or a smoothly-functioning economy.

Not to put too fine a point on things, the last several years have been disillusioning for people who think a government should worry about Canada’s long-term standard of living and do effective, coherent things to preserve it. We’re heading into an election campaign, so I should emphasize that this isn’t meant as a particularly partisan dig, and that it’s hard to be encouraged by the alternative on offer. The events of the past year in particular have rattled a lot of people who work at the intersection of business and politics. The Trudeau government fired its minister and deputy minister of finance with no good explanation before producing, after a year’s delay, the thickest budget document in history, one which has interested stakeholders still scrambling, months later, to figure out what the hell that brick says or means. (The chapter on science and research, one researcher told me, “seems to have been written in a panic.”)

In 2019 a senior Liberal campaign strategist told me that one reason they were polarizing that campaign so hard on values was that traditional incumbent-Liberal appeals to sound economic management, the sort of stuff that Jean Chrétien ran on in 1997 and 2000, were unpersuasive to today’s swing voters. This trend continues. This week’s Angus Reid Institute poll is as dire for the Conservatives as most polls lately, but when respondents were asked which leader looks best at managing “the economy,” Erin O’Toole has a nine-point lead over Trudeau. This isn’t fatal: Trudeau soundly thumps O’Toole on management of “health care” and “environment/climate change,” though on the former issue Jagmeet Singh ties Trudeau and on the latter Singh actually outpolls Trudeau.

If anything I was more amazed by the previous week’s Angus Reid poll. It asked supporters of each party whether they have a favourable impression of the party’s leader; and whether they think that party’s leader would be a good prime minister. Again: this is a poll that asks prospective Liberal voters what they think of the Liberal leader.

So a third of the people who are planning to vote Liberal don’t agree with the proposition that Trudeau would be a good prime minister, after six years of watching him be Prime Minister. His enthusiasm gap is comparable to that of the sad-sack Conservative leader. And when respondents in general are asked who’s best on the economy, they’re unlikely to mention the person who’s been in charge of the economy for half a decade.

This is, in particular, a difficult situation for two types of people: those who broadly share the Liberals’ values but wish the government of a G7 country were more than an endless Instagram stream; and those who, when they imagine a first post-Harper Conservative budget, panic a little at the faces that come to mind when they try to imagine who would deliver it. The two groups will gather in Ottawa in October. The McLellan-Raitt coalition is, in many ways, a support group.