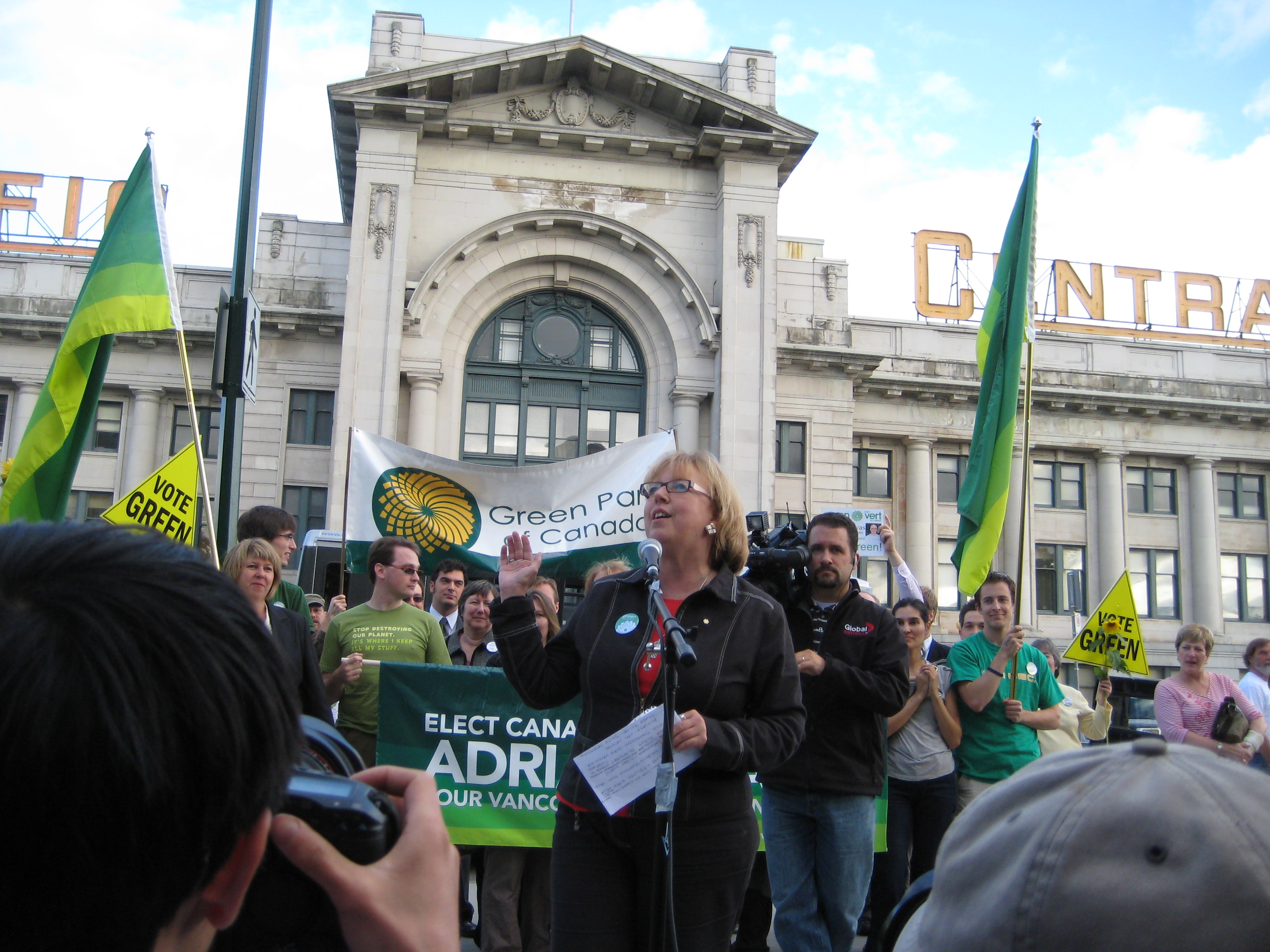 Elizabeth May arrived at Vancouver’s Union Station in a convoy of tiny, jet black plug-in trucks. She jumped into the waiting arms of Valerie Langer, founder of Forest Ethics, and local enviro superstar.

Having “touched her hand down in the waters of the Pacific,” she’ll shortly depart on the coast to coast campaign.

She’ll have Greens running from coast to coast to coast. Former MP Peter Ittinuar, who represented Nunavut under NDP and Liberal banners in the ’80s will be running for the Greens in Canada’s far north.