'How large will the oil sands sector grow?'

Andrew Leach prepares to stand before the Natural Resources Committee 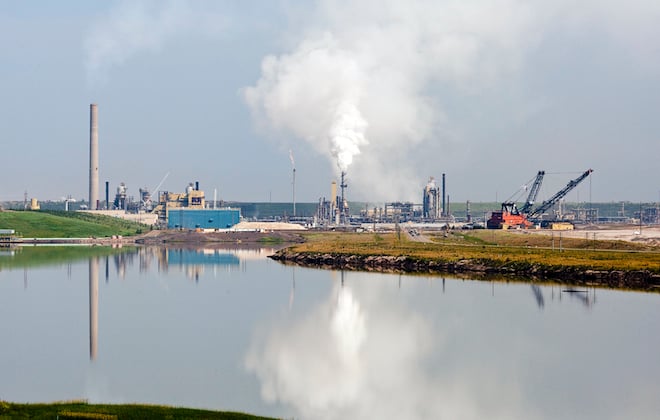 On Thursday, I’ll be testifying to the House of Commons Natural Resources Committee as part of their discussions on Cross-Canada Benefits of Developing the Oil and Gas Industry of the Energy Sector. The following is, subject to a few last minute modifications, what I plan to say:

My presentation today will focus on the last two sections of your analysis—the nation-wide impacts of the oil and gas industry. I will focus on the oil sands and explore three issues: oil sands growth, the key risks to that growth, and who will capture the value from the sector.

How large will the oil sands sector grow? Industry forecasts currently project growth from today’s levels of two million barrels per day to over three times that amount within the next two decades. These forecasts are, however, underpinned by what are likely to be unrealistic production cost assumptions.

Since the rapid growth of the oil sands began in the mid-2000s, operating costs in the sector have increased three-to-four fold at some projects, and the costs to construct oil sands projects have skyrocketed by as much as five times. Let me give you a couple of examples.

Imperial Oil’s Kearl project, which came online last year, originally applied for regulatory approval citing a total project budget of $5.5 billion for a 345,000 barrel per day project—a project cost of a little less than $16,000 per barrel per day of production capacity. The first phase of the Kearl project, with production capacity of 110,000 barrels per day, was brought on line with a total investment of over $12 billion. They spent more than twice what they expected to spend and got less than a third of what they expected in the end.

On the operating cost side, we can look at Suncor. In 2003, Suncor set a goal to reduce oil sands operating costs below $10 per barrel, and delivered a cost of $11.50—a sign of things to come. Costs have increased dramatically and, in their last quarterly report, Suncor saw operating costs of $36 per barrel.

These two examples are by no means the exception—they are the rule.

Inflated project costs and stretched project timelines are, in large part, responsible for much lower production numbers today than anyone would have forecast a decade ago. In 2004, the Canadian Energy Research Institute forecast oil sands production at 3.5 million barrels per day by 2015—a level their current forecast suggests we won’t reach until the end of this decade. That, in and of itself, might not seem like a big deal. Now, consider that the 2004 analysis concluded that this growth was feasible as long as oil prices remained above $30/bbl plus inflation, and you see why this matters a lot.  As recently as 2006, the National Energy Board reported that, “integrated mining and SAGD operations are estimated to be economic at U.S.$30 to $35 per barrel WTI.” Their most recent report, in November of last year, projected supply costs at 2-3x that amount.

Simply put, if you ask me to rank the risks to oil sands developments, cost inflation is at the top of the list.

The second element which I believe you need to consider is the question of how oil sands development in Canada fits with potential future actions on climate change—a question to which the answers might surprise you.  Earlier this week, ExxonMobil responded to two activist shareholders by disclosing what it believes to be its minimal exposure to future climate change policies.  “Governments’ constraints on use of carbon-based energy sources and limits on greenhouse gas emissions are expected to increase,” according to ExxonMobil.  It is imperative that Canadians be assured that the benefits they are being promised via the oil sands are robust to these risks.

In research currently underway with my colleague, Branko Boskovic at the University of Alberta, we look at this issue. First, we’ve examined how exposed oil sands projects are to carbon prices affecting only production emissions—the answer is not much.  For a new, in situ facility, and assuming that oil prices remain at US$90/barrel, a prototypical project would likely continue to meet typical investment benchmarks of a 12-13% rate of return even at carbon prices of well over $100/tonne, or equivalently with regulatory requirements for carbon capture and storage.  The same is true for mining operations—while they tend to have lower rates of return initially, they are also lower emissions, and so are less exposed to increased costs associated with climate change policies.

The second question we asked was whether oil sands projects would remain viable in a low-carbon scenario—the same question asked by ExxonMobil. We used the International Energy Agency’s low carbon scenario, and assumed aggressive domestic carbon pricing policies, and compared these to typical assumptions used by industry today.  Under the IEA low carbon scenario, oil prices remain sufficiently robust (over $100 per barrel in today’s dollars) to generate returns to oil sands investments significantly above typical investment hurdle rates.  This leaves us with two questions—first, why does the International Energy Agency find such limited oil sands growth (see their 2010 report, which see oil sands development capped at 3 million barrels per day) and, second, why are Canadians generally told, at least implicitly, that they must choose between oil sands development and global action on climate change?

The third element which has been raised at length in your hearings to date, and which I would like to address, is the question of value-added. Let me assure you, the term is in italics in my notes.  I would like to remind you that, as many of your previous witness have noted, most of Canada’s hydrocarbon reserves are not crude oil, they are bitumen. It is often said that Canada should act to, “encourage more value-added processing of this bitumen.” I’d like to concentrate on two words in that statement: encourage and processing. That we should want more value-added is self-evident, as long as it’s a true measure of value-added including all costs.  But more processing, especially when encouraged by governments, may significantly detract from value.  To understand the difference, consider how governments might encourage more processing of bitumen in Canada—either through direct government involvement, as with the Northwest Upgrader project in Alberta, or through indirect involvement such as export bans, taxes, or other fiscal or trade policies.  Governments would either be taking on risk and/or costs or indirectly creating larger market discounts for bitumen in order to encourage more processing.  That’s not value-added—it’s devoting valuable resources to encourage processing.  It’s a subtle difference, but one which matters a great deal.  We must recognize that, rather than taking jobs from Canadians, foreign refining capacity which can, cost-effectively, transform bitumen in to higher value products has a very important implication for Canada—it increases the implied value of bitumen, which is, after all, what we should want as owners.

Please tune-in to the committee hearing and listen for the questions which will hopefully follow from this statement.  I’ll do my best to answer any of your questions in the comment thread below.