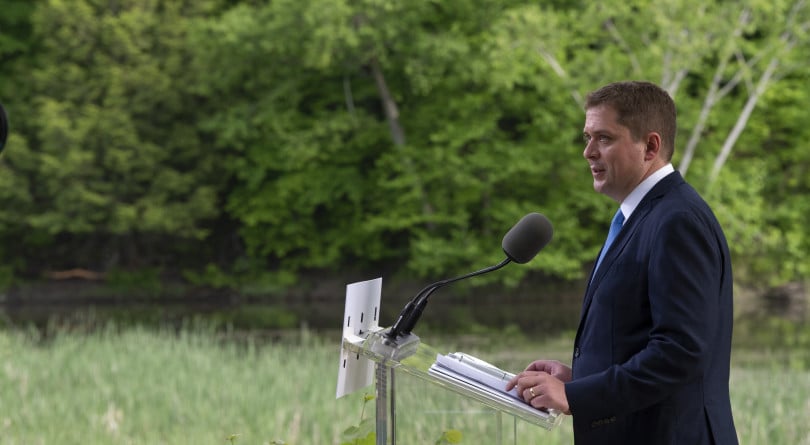 Altru-deau-istic?: There was Justin Trudeau on Friday night, at the first campaign event since the House rose for the summer, making a pitch for Muslim voters to support the party. Not his party, mind you, but his chief rivals the Conservatives. “Even though it is going to make my life as Liberal leader a little bit more difficult, I want you to encourage Conservative Muslims to get out and help their local Conservative candidate, to go knock [on] doors, to donate to the Conservative party, to attend a rally for the Conservative leader,” he said at Canadian-Muslim Vote’s Eid dinner, a non-partisan event aimed at encouraging more Muslims to vote. Far from the Prime Minister suddenly becoming concerned with the electoral fortunes of the Conservative Party, Trudeau was just teeing up for one of his campaign’s central themes: Conservative intolerance. “I want you to make Muslim volunteers important to the Conservatives so that never again would any mainstream party in Canada think it’s a good idea to stoke fears and divisions against Muslims or any other group of Canadians.” Conservative MP Lisa Raitt, who also attended the event with several other Conservative MPs (though not Andrew Scheer, who was in Iqaluit) eagerly welcomed Trudeau’s call for more Muslim Conservative volunteers:  “We welcome you with open arms.” (Huffington Post)

Second thoughted to death: While the House did manage to push through many key pieces of government legislation before rising for what is likely the last time before the election, several measures died on the Senate floor when the Upper Chamber also rose last week. Among them, a bill to ban junk food advertising to kids and legislation to give a civilian body oversight for complaints against Canada Border Services Agency employees. Here’s a list of which bills lived and which died.

A bill championed by former Conservative MP Rona Ambrose that would have given mandatory sexual assault training to federally appointed judges was extinguished when the Senate wrapped things up. A last-minute effort by Independent Sen. Pierre Dalphond to push through debate on the bill was blocked by Conservative senators. (CBC News)

Meanwhile a bill that would have created a statutory holiday in September called “National Day for Truth and Reconciliation” is also all but dead. (CTV News)

Speedy second thought: On the other hand, when the Senate wants to get things done, it gets things done. The Senate rushed through C-101, a bill that temporarily suspends rules that prevent Canada from imposing trade actions on the import of a product within two years of having put tariffs on that product. In this case, it’s steel. And the bill, which made it through all stages of debate in the Senate in less than one hour, will allow Canada to take action against a “surge” of Chinese steel being transhipped through Canada to the U.S. to avoid duties. Call it the “Keep Trump Happy Bill,” as the President made clear to Trudeau when the two met last week:

Inside Trumpworld: When Trudeau visited Trump in the Oval Office last week, Maclean’s journalist Shannon Proudfoot was part of the Canadian media delegation in attendance. Step inside the famous building and things seem, in places, smaller and shabbier, she writes. But there’s no mistaking the lure of the man in the middle of it:

And here is where you start to see the insanity in the concept that, as harangued and bored and impatient and frustrated as Trump may feel in his current job, he could ever really hate the gig. It would not matter if he started reading the ingredients off the side of a cereal box, no one in that room—and no one watching the TV feeds or reading the stories produced by the people in that room—could look away from him. He is the magician about to snap the tablecloth out from under the delicate china, the concert pianist with his fingers poised over the keys, a child at his own birthday party about to blow out the candles.

Everything about the apparatus of Trump’s world—of the world at large, it often seems—revolves around him, like the walls of this room and the heat-seeking electronic attention factories brandished at him by the media assembled in it. (Maclean’s)

Fog of war: Writing for Maclean’s, Calgary-based author Chris Turner, whose most recent book is The Patch: The People, Pipelines, and Politics of the Oil Sands, takes a closer look at Alberta Premier Jason Kenney‘s “energy war room” and finds an outfit peddling shop-worn spin and conspiracy theories:

So what is the real mission for Kenney’s war room? It could be that it is merely a balm to his base—a long-time promise kept, a highly visible way to “stand up” for the industry in ways that Rachel Notley banning B.C. wine somehow wasn’t. Or it might be a way to generate anti-Trudeau communications on the energy file at will from now until federal election day. The most troubling possibility, in any case, remains that it is what it claims to be. Which would mean that the premier of Alberta truly believes that more of the same ferociously partisan messaging and relentless boosterism that helped turn Alberta’s bitumen into the planet’s most hotly controversial oil patch will somehow win back investors and sway Canadians not already planning to vote Conservative in October. (Maclean’s)

Happy pipeline people: Canadians are twice as likely to back the approval of the Trans Mountain pipeline expansion as oppose it, a survey by Angus Reid Institute found. Fifty-six per cent of Canadians side with the Trudeau government on the issue, compared to 24 per cent who oppose Trans Mountain. In fact, in only one province did more people oppose the pipeline than favour it—and it wasn’t B.C. (Global News)

Didn’t catch the weekend political shows? Here’s what you missed:

It’s NOT a price: Scheer‘s climate plan will force large emitters to put money into emissions-reduction technology for every tonne they emit over a 40 kilotonne limit, but while that inherently implies putting a cost on carbon, the Conservative leader insisted on CTV’s Question Period that that cost is not a “price” or “tax“: “We will set… that cap, we will allocate those funds, but it’s not a tax. The key difference between a tax and this plan is that the government doesn’t collect this revenue… this is a process, a mechanism whereby these emitters can invest in reducing their emissions.”  (CTV News)

Seeing revolution: Over on Global’s West Block, Scheer claimed his climate plan will spark a green tech boom that will make Canada a “magnet for entrepreneurs and innovators from all around the world to come and bring their expertise here to Canada, which will unleash a technological revolution.” (Global News)

Be a shame if there were riots: B.C. Green Party Leader Andrew Weaver says civil disobedience is all but inevitable after the Trudeau government re-approved the Trans Mountain pipeline, though you won’t catch him egging on the protestors: “As a political party, you will not see me standing up and condoning or participating in civil disobedience. I don’t believe as a lawmaker it behooves me as such a person to actually break said law. However, I understand that in times of strife, people find different ways of expressing themselves. I’m very worried about how this is going to end up.” (Global News)

Climate accounting: As the Trudeau government fends off attacks from environmentalists over its Trans Mountain decision, Canada’s Fisheries Minister Jonathan Wilkinson said the increased emissions from the project were already factored in when Canada agreed to the Paris commitment to reduce emissions to 30 per cent below 2005 levels by 2030: “So our focus is on the implementation of that plan, to ensure that we meet the Paris targets and obviously, beyond 2030, to go much farther,” he said on CBC’s The House. “I do think that people need to understand that it is a transition … that will happen over the coming decades. And in the context of that transition, Canada obviously needs to ensure that it is continuing to extract value for the resources it has.” (CBC News)

My precious: NDP leader Jagmeet Singh won’t put a date on when he would balance Ottawa’s books if he became prime minister, and he’s not afraid to spend big on his progressive promises: “Our principle is going to be this: We’re not going to run deficits to fund tax cuts, we’re going to make sure that Canadians get the services that they need… We believe in being responsible with our precious taxpayer dollars and we believe in investing those dollars into services that Canadians need… We’re not afraid to make those investments.” (CTV News)