Politics Insider for April 12: Philpott gets a ruling (sort of), Tory tax tip troubles and why the refugee rule changes are hitting Trudeau's brand 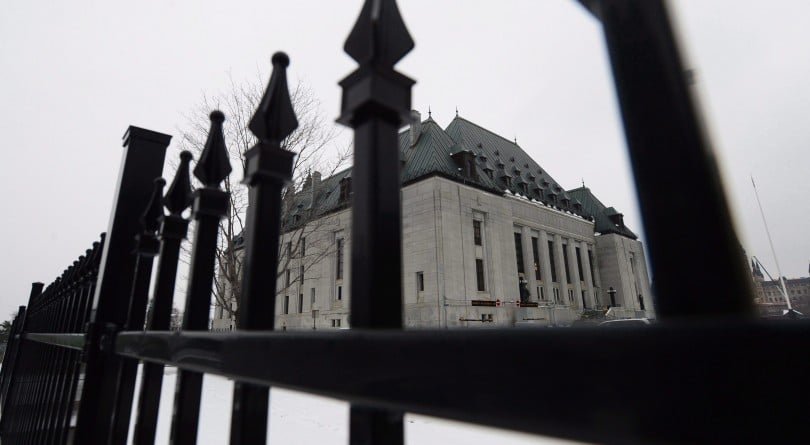 It was always going to be a long shot, but former Liberal MP Jane Philpott’s claim earlier this week that Prime Minister Justin Trudeau violated her parliamentary privileges when he unilaterally expelled her from the Liberal caucus fizzled out Thursday.

Unruly law: Philpott had asked House Speak Geoff Regan to rule on whether Trudeau failed to abide by reforms made to the the Parliament of Canada Act in 2015 that aimed to give MPs more control over caucus expulsions. Regan didn’t explicitly rule yes or no, just that it’s not part of his job description to decide such things and that it’s up to the caucuses. Meaning the law may well be law, but it’s not a law that’s enforceable, ergo Trudeau did nothing wrong. Confused yet? Some may benefit from this at-times existential Twitter exchange about the non-law law between Maclean’s journalist John Geddes and former House of Commons law clerk Rob Walsh (CTV News)

Because it’s 2019: With big name expulsions, repeated shuffles and resignations, Trudeau’s cabinet has changed a lot since 2015 Here’s a look back at the original cabinet—where are they now … and why? (Maclean’s)

Think of the journalists: In one of the more unseemly chapters of the SNC-Lavalin saga, anonymous leaks revealed confidential details about Supreme Court appointments, with the initial leaks apparently meant to discredit former attorney general Jody Wilson-Raybould (while smearing a judge in the process), and then in a second round of leaks, seemingly to defend her. Liberal MPs who control the House justice committee say it’s terrible the leaks happened, but as with earlier opposition calls for the committee to investigate the SNC-Lavalin controversy, the government MPs nevertheless voted against opening an investigation. Why this time? Because of straw men carrying press passes. Liberals argued they opposed the idea of asking the journalists who reported the leaks to testify. That puzzled opposition MPs on the committee, such as NDP MP Murray Rankin: “I want to hear from the officials. Who they leaked it to is irrelevant to me.” (CTV News)

Everybody isn’t do it: The most oft-repeated justification among Liberal MPs, their supporters and SNC-Lavalin itself for why the company should be offered a way to avoid criminal trial was that the vast majority of SNC’s rivals had received deferred prosecution agreements from their home countries. SNC-Lavalin’s CEO Neil Bruce claimed 75 per cent of its U.S. and European competitors had got DPAs at one time or another. Better check that math. According to the Canadian Press, hardly any of SNC-Lavalin’s rivals have received DPAs. “Of 216 DPAs and non-prosecution agreements — which are similar, but more lenient — in the U.S. since 2014, only eight were granted to construction or design firms, and only three of those companies qualified as global players.” (Canadian Press)

Call the auditors: Here’s a tip this tax season—don’t confuse your Conservative MP for an accountant. MPs from the party have been handing out 11-page booklets in their ridings with the words “2018 Tax Guide. Claim everything you qualify for!” on the front. There should also be a rather large asterisk—the 30 tax benefits listed in the guide don’t include the Trudeau government’s carbon tax rebate, worth between $250 and $600 depending on the province.  (CTV News)

The Trudeau Conservatives: Tucked away in the Trudeau government’s omnibus budget bill were changes to the Immigration and Refugee Protection Act that have sparked outrage from refugee advocates. As Andrew MacDougall writes, the Liberals’ about-face on refugees saws at a pillar of their core identity, to say nothing of their brand promise:

Trudeau’s vaunted “Welcome to Canada” poster is now festooned with giant brand-damaging caveats: If you, dear asylum seeker, have opened a claim for refugee protection in another country, have already made an unsuccessful claim in Canada, been deemed inadmissible because of your criminal record, or been granted refugee protection elsewhere, your claim is now ineligible for consideration.

And if all of that sounds like common sense to you, welcome to where federal and provincial Conservatives have been for the past three years. Or, as the Liberals used to call it: being un-Canadian. (Maclean’s)

Budget time: Lastly, for our readers in Ontario, Thursday was budget day. From tax credits for childcare and free booze at casinos, here are 13 ways the Ontario budget will impact your wallet. (Maclean’s)