Anxious about immigration? Here's some food for thought

The OECD compared newcomers in dozens of countries, including Canada, and the findings are fascinating 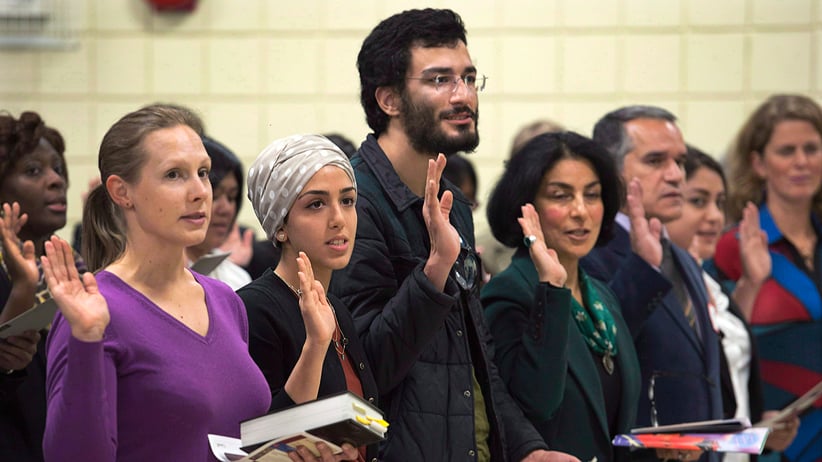 All those images of border-crossing migrants, and swaggering tough talk about what to do about them from some federal Conservative leadership aspirants, have prompted a lot of discussion about how Canada absorbs newcomers, and if we do it differently, maybe better, than other countries.

My colleague Scott Gilmore warned here that we should brace for anti-immigrant populism to rise in Canada, as it has in other countries after the immigrant portion of their populations reached a certain level. I reported here on research that suggests that where immigrants tend to live in Canada, and how they vote, makes the path to political power steeper for right-leaning populists in this country than in the U.S. and Europe.

READ MORE: Does Canada have too many immigrants?

No matter how you see the issue, understanding how immigrants fare in Canada suddenly seems essential—if the debate is going to be about more than hunches. If you’re really gripped by the subject, you might want to take a look at “Indicators of Immigrant Integration 2015: Settling In,” by the Organization for Economic Cooperation and Development.” Here’s some of what jumped out at me from that study of the OECD’s 35 member countries:

1. The big picture. The percentage of the population that has “some migrant background, either because they are themselves foreign-born or because they have at least one immigrant parent,” is 16 per cent in the European Union, but 40 per cent or more in Canada, Australia, New Zealand and Switzerland. 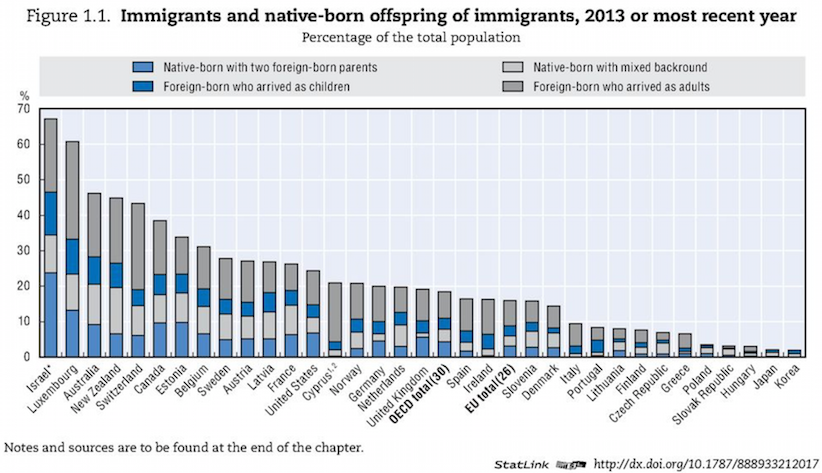 2. Recent change, and stability. What the OECD calls “new inflows” of immigrants have risen as a share of the population over the past decade in Australia and northern Europe, including Holland and Germany. But in Canada and the U.S., migration flows have been stable. 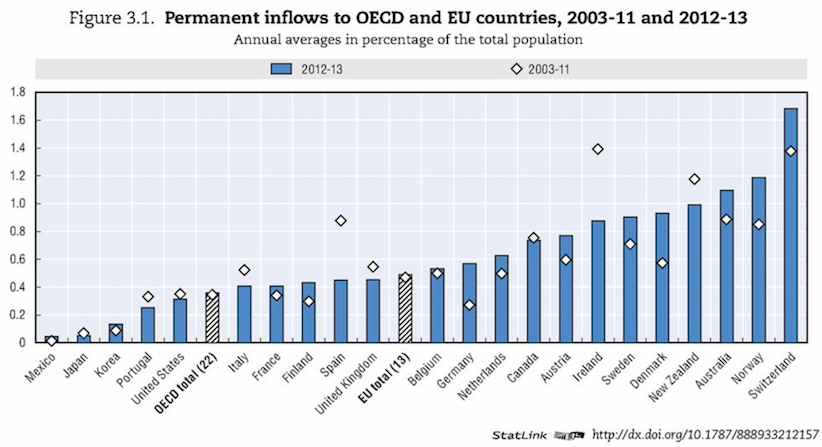 4. A gender gap. Immigrant women are far more likely to have menial jobs in most countries than men, but not in what the OECD labels the “settlement countries”—where immigration is more selective—namely, Australia, Canada, Israel and New Zealand.

5. Credentialed newcomers. In 2012-13, Canada, Ireland, Luxembourg, Israel and Australia were the countries with the highest proportion of well-educated immigrants, more than 45 per cent, which means newcomers in those countries are more likely than native-born citizens to have advanced degrees.

6. Second-generation acceleration. The children of immigrants are actually more likely to pursue higher education than those of native-born parents in Canada, Britain and Israel. In all other OECD countries, the reverse holds, “particularly in France, Denmark and Spain. 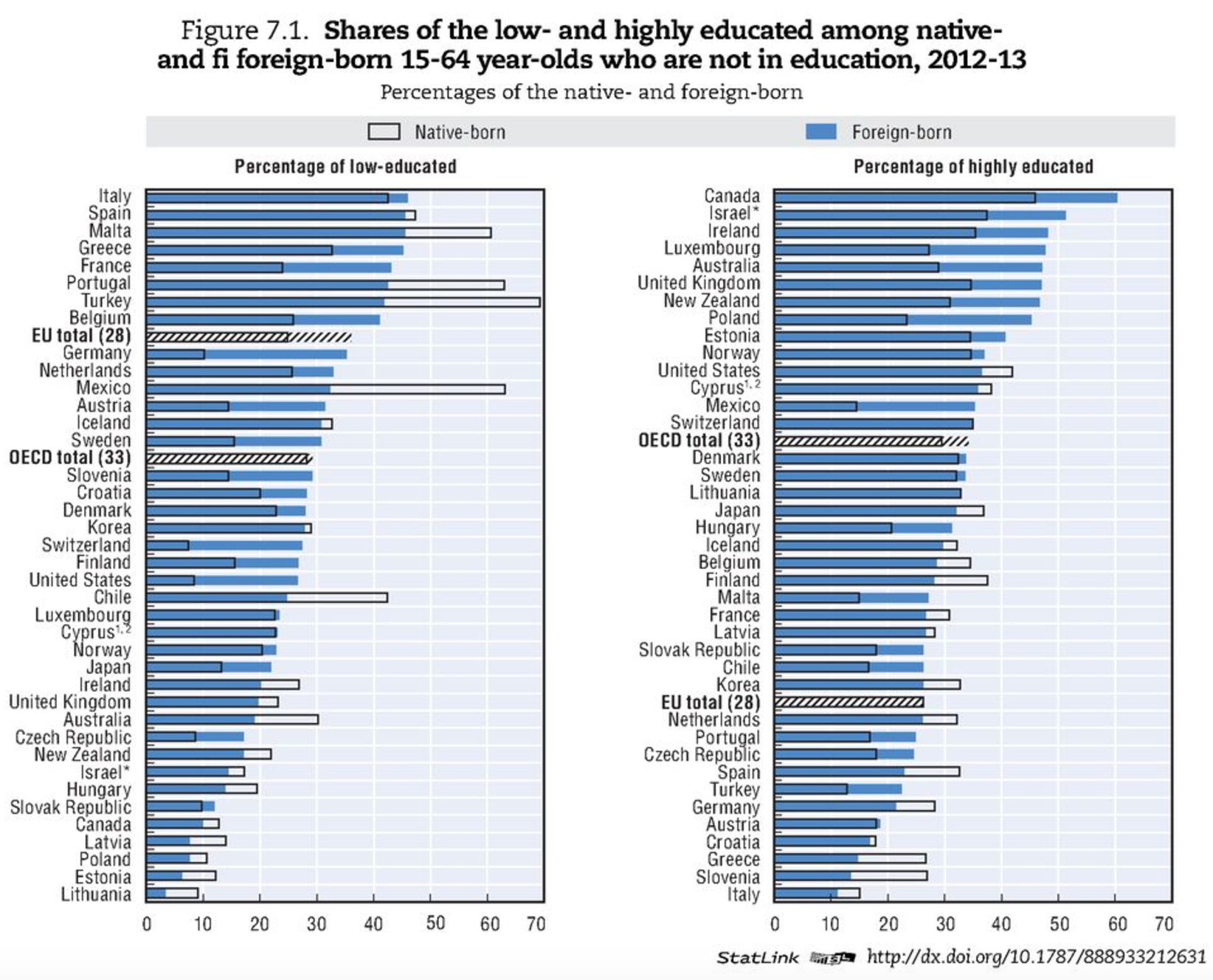 7. But catching up isn’t easy.. The gap between the incomes of immigrants and non-immigrants is wide in the U.S. and some parts of Europe, but “less glaring” in Australia and Canada, the OECD says, likely the result of longstanding policies of selecting skilled immigrants.

8. …and some will stall. The OECD uses the acronym “NEET” to label people who are not employed, in education or in training. In most countries, immigrants and their kids are more prone to being NEET. For instance, in Belgium, Spain and Finland, more than one-third of the children of two immigrant parents were NEETS—but fewer than one in ten in Canada (circled in red), Switzerland and Luxembourg. 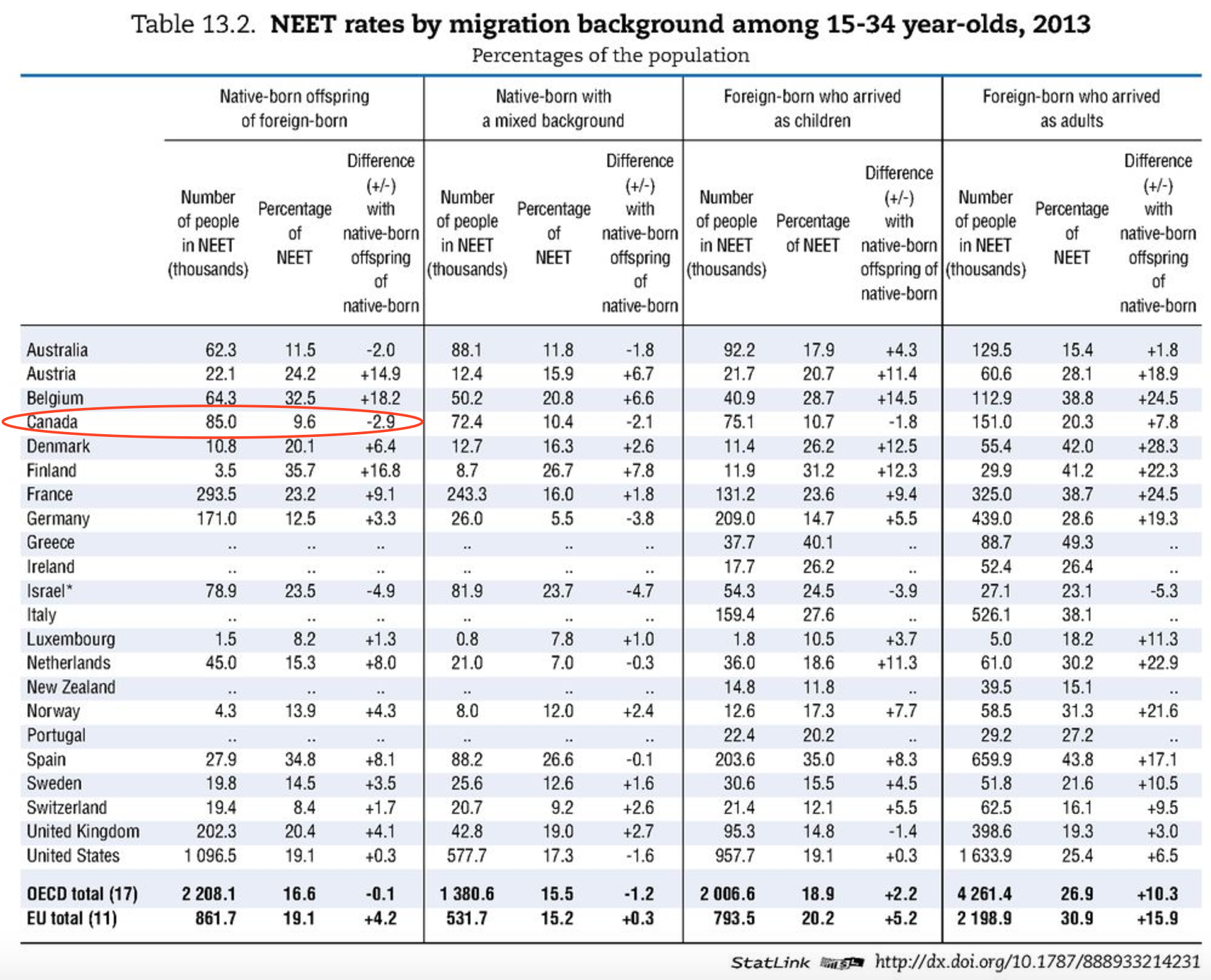