Anything could happen Oct. 19. Here's Feschuk with the scenarios

A look at the potential outcomes, ranked from least to most likely

A long campaign has led us to what many believe will be a close election on Oct. 19. Let’s take a look at the potential outcomes, ranked from least to most likely.

Scenario: The NDP wins the most seats.

This outcome is plausible only in the intricate dreamscape that New Democrat operatives have constructed so they can make it through the final days of the campaign without stabbing themselves in the eyeball with a fork. Think of it like Inception, but with more tequila.

It’s been a tough two months for the NDP, and especially for its leader. At first, Tom Mulcair was asking voters for a mandate to form government. Now, he’s basically asking them to help the party salvage a strong third-place finish. By next month, he could be asking Canadians if they’d like fries with that.

On the upside, Mulcair has, over the past two weeks alone, managed to establish a new all-time record for forced grins, surpassing the mark set by all of Dane Cook’s friends.

A second Harper majority would trigger unprecedented growth in our national production of hubris, moving Canada into third place in the world, behind the country of France and Kanye’s house.

A Trudeau majority would prompt a lot of soul-searching among Conservative MPs. Where did we go wrong? Why did the nation turn against us? And is there still time to appoint me to the Senate? Turns out, blind obedience and mindless braying are not marketable skills in the real world.

Scenario: Conservatives and Liberals tie for the most seats.

What a boon this would be for an underappreciated sector of our economy: constitutional nerdery. Even as you read these words, our nation’s fustiest scholars are preparing their one-liners and comb-overs for round-the-clock TV coverage of the electoral deadlock. IT’S THE KING-BYNG WING DING ALL OVER AGAIN, PETER!

We’ll need their guidance. The arcane conventions that support our democracy can be difficult to grasp. As I understand it, in the event of a tie, both leaders will be obliged to revive a tradition from the 1920s, when our forebears settled all constitutional disputes via competitive handlebar-moustache-growing. Absent a clear winner, we move on to the lightning round.

Scenario: Conservatives win the most seats.

Unlike during the 2011 campaign, the Conservative leader has not been asking for a “strong, stable, national majority government.” This time around, he will apparently settle for “any kind of government”—preferably democratic, but he’s not going to be a stickler about it.

In the aftermath of a close outcome, some will surely advocate that the Liberals and New Democrats attempt to form a coalition—but is there really any point in trying? Harper has proven his skill at staying in office. It is literally the thing he does best. Amid any sort of post-election intrigue, Harper will almost certainly outfox his rivals. Heck, even if the Liberals win by a lot, the odds are 50-50 that he’ll turn off the lights and pretend not to be home when Justin shows up with the moving truck.

Still, it’s hard to imagine Harper wanting to stay on in a minority. If he’s going to step down and look for another job, the hints will be there in his victory speech: “In conclusion, I say to the people of Canada: I’d like to add you to my professional network on LinkedIn.”

Scenario: Liberals win the most seats.

What can we expect in the wake of a Liberal victory? 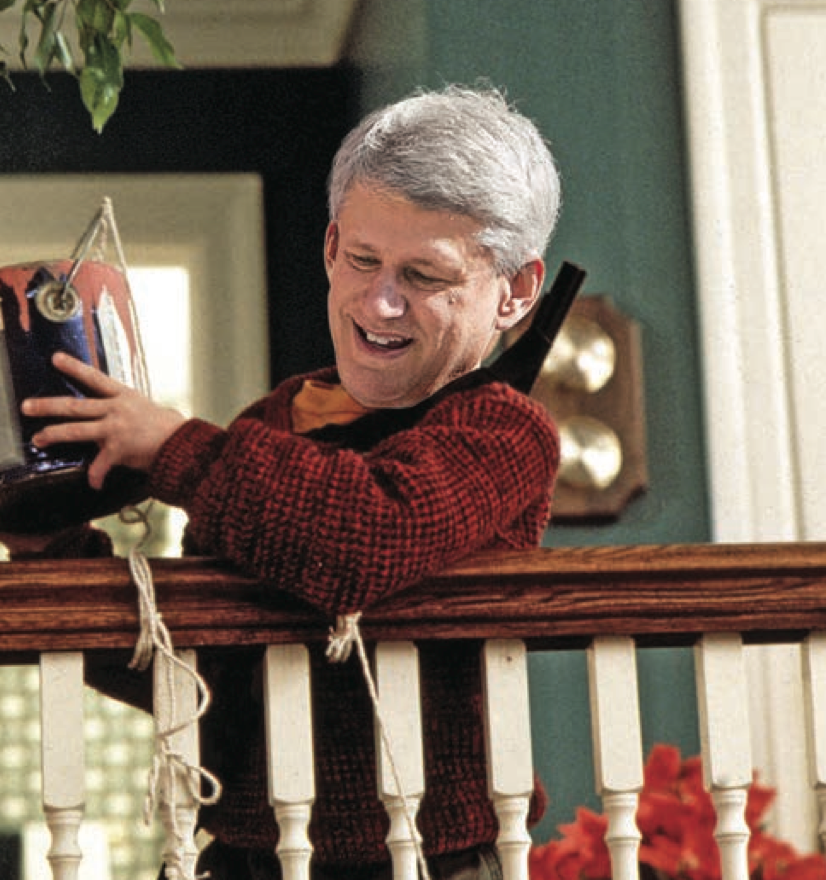 Some Conservatives now estimate it may take as many as 40 minutes after the election of a Trudeau government for the entire country to explode in flames and sink into the ocean. That doesn’t leave a lot of time to help the middle class.

On the slim chance an apocalypse is averted, Canadians will be treated to some leadership griping among New Democrats and a full-on leadership race in the Conservative party.

This new era will begin on election night with the obligatory phone call: a stunned Harper compelled to congratulate the Liberal leader, all while preparing to Home Alone the first two floors of 24 Sussex.

It won’t be an easy time for Trudeau. As a rookie PM, he will need to avoid the pitfalls of a minority Parliament, as well as that paint can to the face.