Are Independents about to have their day in Parliament?

The prospects of running without party support are daunting. But in a minority Parliament, independents would suddenly matter 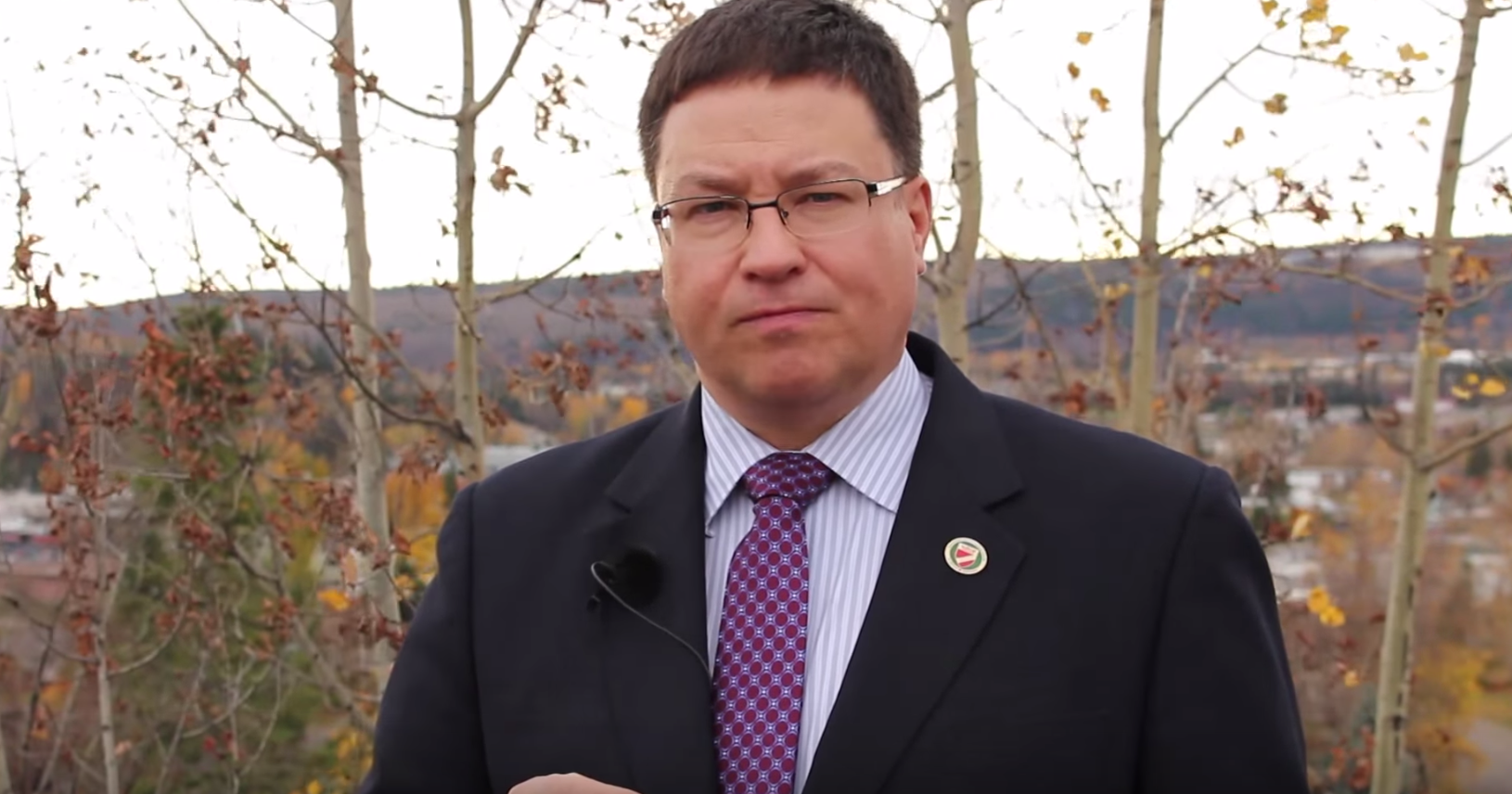 It’s pretty clear that Sheldon Clare is disillusioned with party politics. The head of the National Firearms Association took aim at the Conservatives on Facebook last week, saying they had offered the lobby group a deal last spring to try to quiet the NFA’s opposition to the controversial bill C-51. The bill gave police powers to intelligence agencies and lowered the threshold for detention, moves that alarmed libertarians. Clare said the government offered to make the NFA’s proposed changes to a firearms licensing bill if the gun lobby held its fire on C-51, then it reneged.

Clare is now running to be the MP for British Columbia’s Cariboo–Prince George riding. Given his national profile with the NFA, he may have done well making a play for the nomination of one of the major parties. But the college instructor says the C-51 saga is just one episode that has made him think twice about supporting any one party over the others. So he’s running as an Independent.

“The party system is fundamentally broken,” Clare told Maclean’s, adding it’s a mistake to force “MPs into a box, where they’re really representing party positions back to their constituents.”

The former soldier, who was involved with the Reform Party in the late 1980s, says he wants MPs to work as “flexible coalitions,” which Clare describes in a way that seems revolutionary compared to what happens now: “They support the goals of some MPs sometimes, and vote with them, then vote against them on other issues, always considering what is best for their constituents and the country as a whole.” An appealing plan, but first, he has to make it to Parliament.

It’s rare for an Independent candidate to be elected to the House in Canada. Most pull it off only as incumbents who first won office as members of a party. And while the riding’s current MP, Richard Harris, is retiring, leaving no incumbent, it’s still a packed field. Clare is taking on five other candidates—never mind that he’s running the race with some additional hurdles thrown on the track.

Campaigning outside the party system means no list of past (and therefore likely) supporters, no ready pool of volunteers and no pot of money waiting at the starting blocks to buy signs, flyers or office equipment. Additionally, a national leader’s popularity may attract more volunteers to a campaign than the local candidate would alone. And, because candidates technically only exist once the election has been called, Independents can’t keep a campaign bank account open outside of the writ period. Parties have local riding associations to receive a candidate’s extra cash at the end of a campaign and transfer money back to the candidate in time for the next one. The local associations can also issue tax receipts, worth up to $650 for the maximum allowed donation, between elections.

Add it all up, and running without a party’s support is daunting. 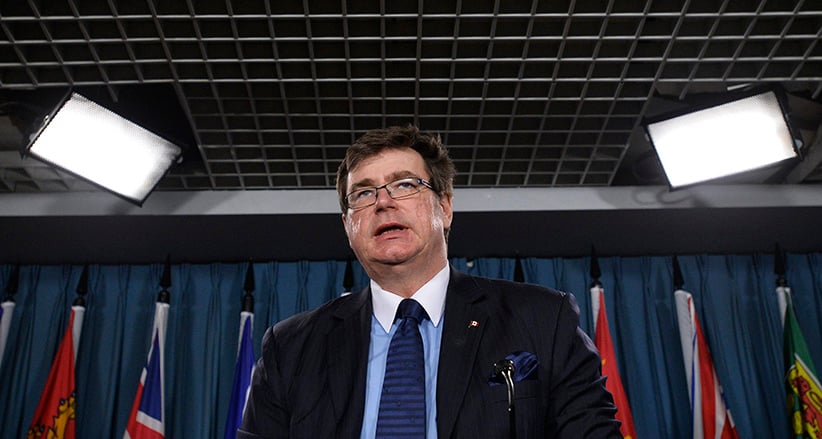 Just ask Brent Rathgeber, the Independent candidate for St. Albert–Edmonton. Rathgeber made headlines in 2013 for quitting the Conservative caucus out of principle, sidelining himself in a back corner of the House after the leadership gutted his private member’s bill, legislation in which he deeply believed. “It’s a little humbling, compared to what a positive experience door-knocking was in 2011,” Rathgeber said. While he says people seemed to respect his move, he knows he’s got a tough fight against Conservative candidate Michael Cooper, a former president of the local riding association.

That respect may end up helping him. Pollster David Coletto says Independents who do well generally have a high profile and a strong motive for running unattached to a party. The high profile, which often comes from having already held office, makes it easier to run without having a party label and machine behind them.

Related: Our Q&A with Brent Rathgeber on his view of our ‘irresponsible government’

For examples of successful Independent candidates who left their parties for good reasons, Coletto points to former MPs Bill Casey and John Nunziata. Casey was kicked out of the Conservative caucus in 2007 after he voted against the government’s budget in a dispute about whether it broke commitments to his home province of Nova Scotia. (Casey is now running as a Liberal.) Nunziata served three terms as a Liberal MP before voting against the party’s 1996 budget, which broke a campaign promise to rescind the GST.

“These are high-profile resignations that I think voters in those ridings felt good about,” Coletto said. The reason for going Independent “has to sustain itself in a way that people remember, and people continue to be either really impressed with you or upset at somebody else.”

Still, he warns, this election’s tight three-way race could make it harder for Independents to make their case to voters who may be casting ballots to keep one party or another out of government.

If that unusual element of the 2015 election poses a hurdle, another could help: the marathon 78-day length, twice the standard writ period, which is thought to give the Conservatives an advantage, because they have the most money to spend under the increased timeline. But the drawn-out campaign actually helps Independents such as Rathgeber by giving them more time to fundraise.

“I went into Labour Day with money in the bank,” he said, estimating his campaign had raised 60 per cent of its budget by then.

There were nine Independent MPs when Parliament dissolved for the election in August, each having been elected in 2011 under a party banner. Being an Independent under a majority government gave them the ability to decide for themselves which bills to support, but little power to change anything.

A minority Parliament—which the next one could very well be—is a completely different situation, with Independent MPs potentially playing a much bigger role in determining which laws get made and which issues are studied. Green Party Leader Elizabeth May has made that part of her pitch to voters, asking them to send additional Green MPs to the House on Oct. 19. (May, with a two-person caucus and no official party status, sits in the back corner, along with Rathgeber and the other political misfits.)

Before then, Rathgeber and Clare have a tough month to go.

Clare says he’s ready, with 60 volunteers helping out so far, and good response from the voters he talks to. In St. Albert–Edmonton, Rathgeber is used to getting support from six out of 10 people when he’s out door-knocking, and says it’s now closer to half that.

But the promise of that back corner of MPs cradling the balance of power must be tantalizing to the outsiders staring down three big party machines. They could determine “who forms government, how long that government has the confidence of the House and, therefore, can continue as government and, most important, which bills pass or fail,” Rathgeber said. “I’ll be able to assess the merits of legislation and probably have a persuasive say in whether they pass or fail.”

Deciding how to vote based on a bill’s merits. What an idea. 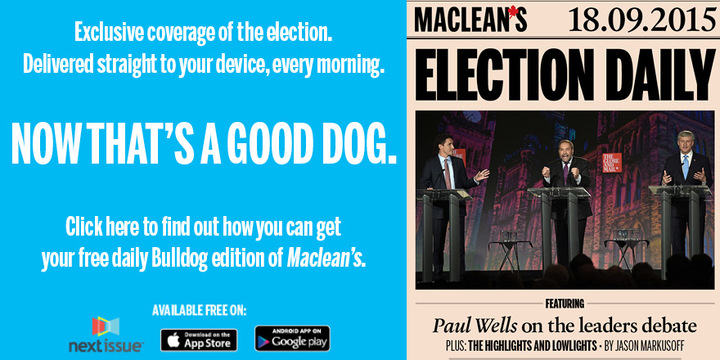