Are Wilson-Raybould and Philpott about to Liberexit from caucus?

Politics Insider for April 2: Liberal Party showdown, Wilson-Raybould justifies her tape recorder, and a political fight that's not about SNC-Lavalin for a change 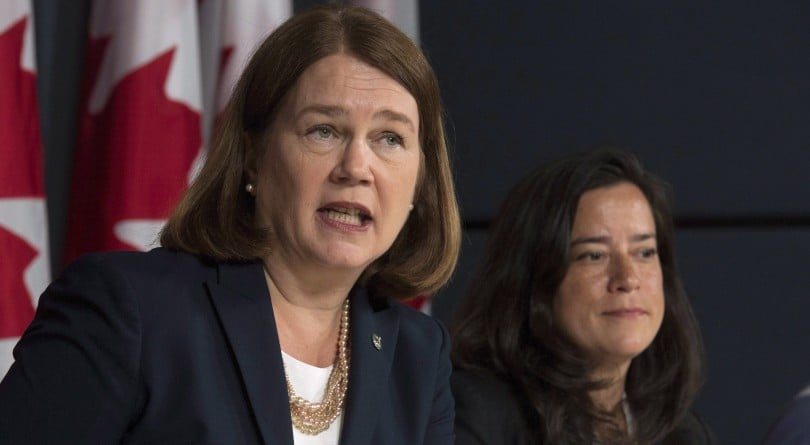 Going, going…: Since news first broke that Jody Wilson-Raybould felt pressured as attorney general to help SNC-Lavalin avoid a criminal trial, there have been multiple occasions when it seemed like her days in the Liberal party were numbered. So too for Jane Philpott, who resigned on principle over Prime Minister Justin Trudeau‘s handling of the controversy. Tomorrow’s Liberal caucus meeting could finally mark the endgame for both MPs, though it could happen even sooner than that.

Wilson-Raybould’s release of a recording she made of her conversation with soon-to-be-former Privy Council Clerk Michael Wernick triggered a backlash among Liberal MPs, with several coming forth to say both women should be ejected from the Liberal caucus. Some Liberals, including MP Rob Oliphant, don’t even want to wait till Wednesday, and are calling for an early emergency meeting to boot Wilson-Raybould and Philpott out of the Liberal Party. (Canadian Press,CBC News)

Not gone yet: While Philpott has stayed silent—she hasn’t posted anything on her Twitter or Facebook accounts since March 24—Wilson-Raybould fought back late Monday in a scrum with reporters: “I do not believe that I should be removed from caucus for doing my job and doing what I believe is right.” (CTV News)

The former justice minister also addressed criticism she’s faced from other Liberals over her secret recording of Wernick: “I’ve heard some caucus members make comments. The conversation I had with the Clerk, he’s not a member of the Liberal caucus, he’s not my client by his own admission. I know that that was an extraordinary situation and of course I have reflected on it many times and still do. … It was a reasonable and rational thing to do in an unreasonable and irrational situation.”

(Scroll down for a round-up of what Liberal MPs have been saying about the controversy.)

The Liberals had hoped to get debate going on their pre-election budget on Monday, but Conservative MP Pierre Poilievre had something to say about that. And something else. And something else. Poilievre has promised to talk “for hours and hours on end” to hijack the budget debate and press the Trudeau government on reopening an investigation into the SNC-Lavalin controversy. His speech could last for four days, though he’ll wrap it up each evening at 6:30 and resume the next morning. (National Post)

As Poilievre droned on about the finer points of Hong Kong’s criminal justice system Monday, only six Liberal MPs stayed around to listen. One of them happened to be Wilson-Raybould herself.

Climate change fight heats up: Conservatives at the federal and provincial levels dialled up their attacks on the Trudeau government’s new carbon tax which kicked in Monday in Ontario, Manitoba, Saskatchewan and New Brunswick. That’s meant a whole lot of photos on social media of Conservative politicians pumping gas into their SUVs, a volley of anti-carbon tax spam texts from Conservative Leader Andrew Scheer and, starting April 11, a taxpayer-funded advertising blitz launched by Ontario Premier Doug Ford to attack the carbon tax. (Huffington Post, Toronto Star)

With the Conservative love-in for gas guzzlers well underway, the Trudeau government leaked results from a new Environment and Climate Change Canada report due out today that warns Canada is experiencing warming at twice the rate of the rest of the world. (CBC News)

Caucus talkus: Here’s a recap of what Liberal MPs have said publicly about the fate of Wilson-Raybould and Philpott in recent days and weeks, and where they stand on ejecting the two MPs from the party:

Leavers (or those apparently leaning that way)