The Liberal government's controversial Bill C-14 now heads to the Senate, where many senators are eager to amend the bill 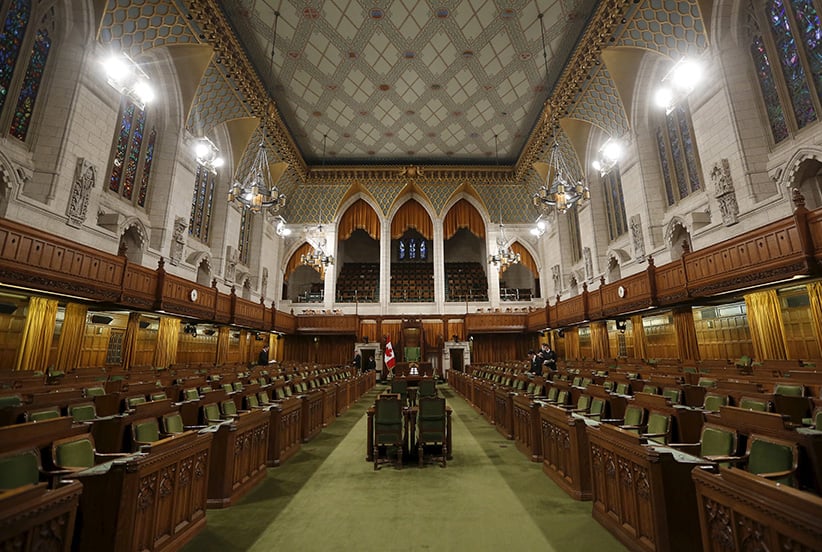 OTTAWA – The federal government’s controversial bill on assisted dying has sailed through the House of Commons, approved by a vote of 186-137.

A number of Conservative MPs voted to support the legislation, while a handful of Liberals opted to oppose it. Several Liberals could be seen congratulating Justice Minister Jody Wilson-Raybould after the vote.

Having won the approval of the House, the bill now heads into choppier waters in the Senate, where many senators are pushing for amendments.

It is all but certain the bill will not be passed by Monday, the day the ban on assisted dying is formally lifted.

Senators are expediting the bill, taking the usual step of inviting Wilson-Raybould and Health Minister Jane Philpott to testify before the entire Senate on Wednesday.

However, senators must still debate the bill at second reading, send the bill to committee to hear from some half a dozen witnesses, consider possible amendments and debate and vote on the bill a final time.

Given all that, Conservative Senate leader Claude Carignan said the bill will not be put to a final vote until the end of next week at the earliest.

Related: How the assisted-dying debate became the new pro-life

Earlier Tuesday, Wilson-Raybould argued that if anyone suffering from a serious medical condition was entitled to seek medical help to end their lives, assisted dying would become an acceptable treatment for survivors of sexual abuse or soldiers with post-traumatic stress disorder.

She made the argument — immediately labelled a misrepresentation of the facts by some critics — during final debate on the bill, just prior to the vote.

The justice minister’s scary scenarios were likely aimed more at the Senate, which is showing little inclination to pass the bill before Monday — the day on which the ban on assisted dying will be formally lifted in accordance with last year’s landmark Supreme Court ruling.

Wilson-Raybould acknowledged that the top court’s criteria for allowing assisted dying would go into force if there is no new law enacted by June 6. But she argued there is uncertainty whether the court’s criteria would have “the legal effect of completely striking down existing criminal law that prohibits consensual killing and the aiding of suicides outside of an assisted dying context.” She did not explain that assertion.

The Supreme Court ruled that consenting adults have a right to seek medical help to end their lives if they have “grievous and irremediable” medical conditions that are causing enduring suffering that they deem intolerable.

Bill C-14 sets out considerably more restrictive eligibility criteria, allowing assisted dying only for clearly consenting adults “in an advanced stage of irreversible decline” from a serious and incurable disease, illness or disability and for whom natural death is “reasonably foreseeable.”

Wilson-Raybould argued that the government is not required to stick to the strict wording of the court’s so-called Carter decision, which she said would have meant introducing “one of, if not the broadest assisted dying regimes in the world.”

“Under an approach where any serious medical condition is eligible, the law would be saying that an assisted death could be an acceptable treatment for a soldier with post-traumatic stress disorder, a young person who suffered a spinal cord injury in an accident or a survivor whose mind is haunted by memories of sexual abuse,” she told the House of Commons.

“These are difficult but necessary situations to talk about because cases like these are the unavoidable consequence of an assisted dying law where the only limit on eligibility is an individual’s subjective experience of suffering.”

Related: Meet the people at the ground zero of assisted death

Jocelyn Downie, a professor in both the medicine and law faculties at Dalhousie University, said Wilson-Raybould is misrepresenting the Supreme Court ruling.

The court said the medical condition must be irremediable, while PTSD and memories of sexual abuse “may well be remediable,” Downie said. Moreover, she said a young person’s initial response in the days or even months following a spinal cord injury would not be considered “enduring” suffering, as the court required.

Despite all the pressure to speed the bill through the Senate, Conservative Senate leader Claude Carignan said Tuesday there’s no way the bill will be passed by Monday. He predicted it will not be put to a final vote in the chamber until the end of next week, at the earliest.