Auditor general: 'It wouldn't be hard' to exploit border safety

By Yael Berger, Everything Is Political February 2, 2016 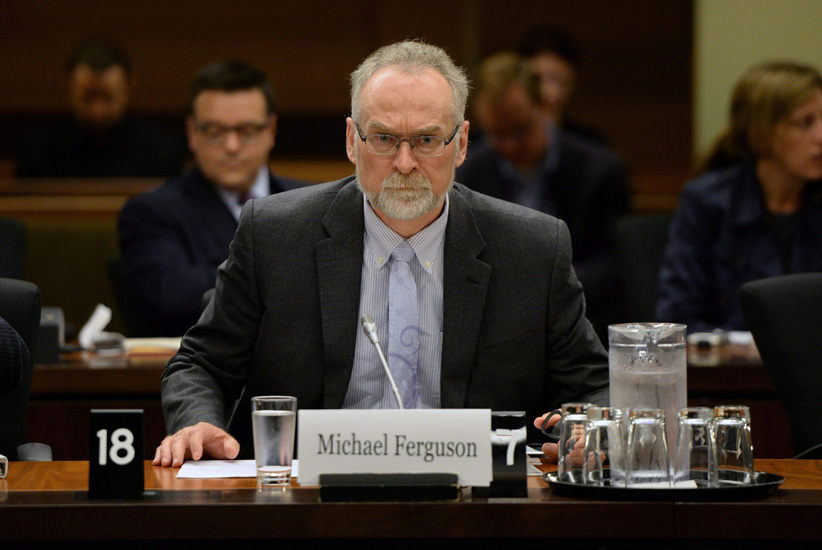 Auditor general Michael Ferguson appears at Commons public safety committee in Ottawa on Thursday, May 28, 2015. His audit of expenses has created a significant existential crisis for the red chamber. (Sean Kilpatrick/CP)

If someone wanted to exploit the gaps in Canada’s border safety system for criminal activity, it wouldn’t be difficult to do, says Canada’s Auditor General in his 2015 Fall Report.

Gaps in the system for examining export shipments at the Canada Border Services Agency could pose a national security risk, Auditor General Michael Ferguson told host Althia Raj on the radio show Everything is Political on SiriusXM Canada.

“Right now in the system they have the gaps are predictable and if somebody wanted to try to exploit that system, it wouldn’t be hard to figure out how to do it,” Ferguson said.

The report outlined a laundry list of gaps and shortcomings of several government agencies and programs, including Canada Pension Plan disability benefits, Shared Services Canada’s tracking of costs and efficiencies and incomplete or inconsistent gender-based analysis of policy decisions.

“But in about 20 per cent of the cases they identify a shipment that needs to be examined but they can’t examine it,” he said.

In many cases, the flagged shipment has already left the country, the Auditor General’s report points out.

Human resources have also been identified as a problem area for the agency. The CBSA hasn’t been staffing positions properly when people are sick or go away on vacation.

These gaps, which Ferguson has identified as “obvious weaknesses in the system,” are mostly in examining export shipments, but the CBSA’s main mandate is to examine imports.

“They put fewer resources on examining exports. I think we identified that it was only about one per cent of their dedicated resources,” Ferguson said.

Regardless, Ferguson says it’s the agency’s job to put together a coherent system without predictable gaps.

Listen to the full interview: