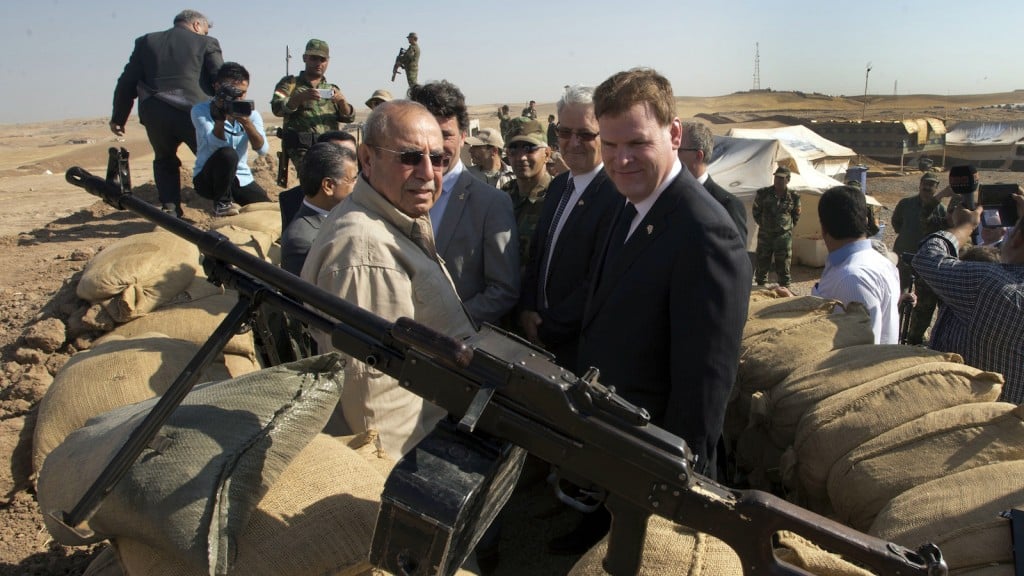 OTTAWA — As the federal cabinet considers a possible deployment of fighter jets to Iraq, Foreign Affairs Minister John Baird suggests Canada and other countries could be in for a lengthy mission.

Baird predicts that battling extremists in Iraq and elsewhere will take time and says Canada is in uncharted territory when it comes to directly engaging terrorist elements.

The federal cabinet is poised to consider the possible deployment of CF-18 jet fighters, along with surveillance aircraft, following a request for Canada to become more involved in the ever-expanding air war against the Islamic State of Iraq and the Levant.

Baird says he won’t speculate on what decision he, Prime Minister Stephen Harper and their cabinet colleagues will reach.

But he told reporters in Ottawa today that cabinet will play off its most recent military experiences in Libya and Afghanistan in making decisions.

National Defence officials and critics question how long Canada will be able to sustain yet another combat mission, given the age of its fighter fleet and other commitments.