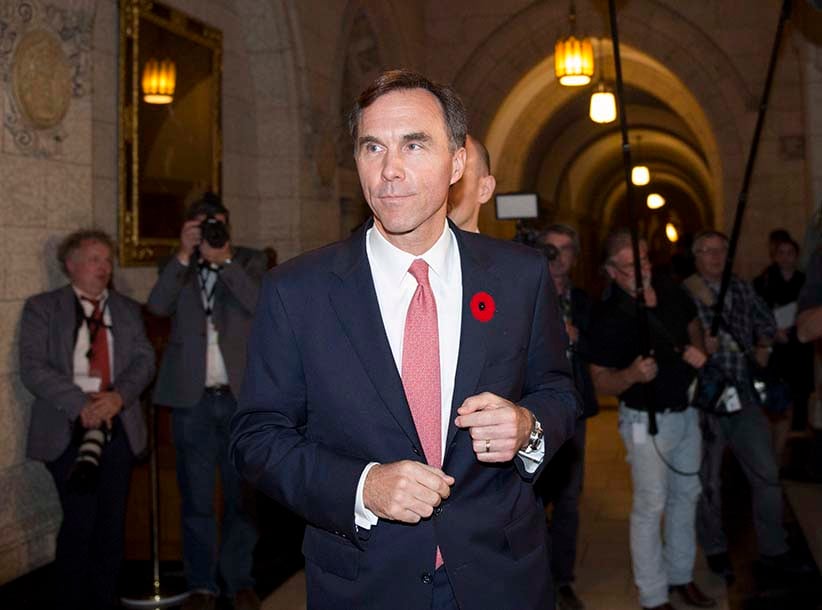 If Prime Minister Justin Trudeau’s priorities can be ranked by what his new government vows to act on first, then cutting middle-income taxes is at the very top of the list. Pushing through that high-profile campaign promise when the House resumes sitting early next month is a job that falls to Finance Minister Bill Morneau, the rookie Toronto MP who only recently cut ties to his family’s business, Canada’s largest private pension-management company.

If his Bay Street credentials bring to mind a certain sort of millionaire tycoon style, those who have worked closely with Morneau say he doesn’t fit the stereotype. “Bill is exactly the opposite,” says Western University public policy professor Mike Moffatt, who served with Morneau on a Liberal economic advisory council. “He’s soft-spoken and he comes across as surprisingly humble.”

Morneau will need to make himself heard, though, to sell the tax cut. Throughout the campaign, Trudeau touted the maximum saving of $1,340 for a two-income family, resulting from the Liberal promise to trim the tax rate to 20.5 per cent, from the current 22 per cent, on income between $44,700 and $89,401 a year. But David Macdonald, senior economist at the Canadian Centre for Policy Alternatives, says a Statistics Canada model shows the average tax saving for families making $48,000 to $62,000 turns out to be only $51, while households making $62,000 to $78,000 will save, on average, just $117.

Still, Morneau said in an interview he’s confident Canadians will appreciate the tax cut, especially when the Liberals follow through later by enriching federal benefits for parents, with the introduction of a promised new Canada Child Benefit. “I think that both of [the measures] will have a material impact on Canadians,” he said. And that’s only the start of his work turning the Liberal platform into policy. Morneau must also coordinate with the provinces to quickly implement Trudeau’s promise of a deficit-financed boost in infrastructure spending, and, in a bit less of a hurry, find a way to enhance the Canada Pension Plan.

Related: Are you in the middle-class?

Some economists argue Trudeau’s vow to raise infrastructure spending by $5 billion a year won’t be enough to change the way Canadians feel about an economy that’s been hit hard by slumping commodity prices. Morneau said the short-term stimulus from the infrastructure boost, while real, will be less important than the longer-term benefits of public works projects, such as improving transit systems and roads to alleviate traffic congestion in big cities.

But finance ministers are usually judged, fairly or not, on the economy’s performance now. As a business leader making the move to that federal hot seat, one of Morneau’s first calls after Trudeau handed him the job last week was to Paul Martin, who made the transition so successfully back in the 1990s. Martin came to be admired for balancing the books as the economy grew rapidly. Morneau’s task—make deficit spending look effective even as the economy is forecast to grow frustratingly slowly—could prove even more difficult.