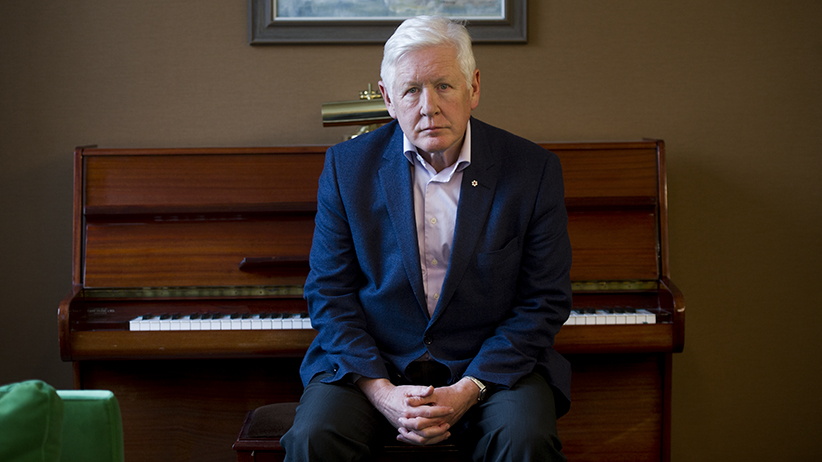 OTTAWA – Former Ontario premier Bob Rae promised no miracles Monday, but rather a sustained effort towards finding a way Canada can be part of a solution to the humanitarian crisis generated by ongoing violence in Myanmar.

Rae was appointed as a special envoy to the country and will head there next week to begin gathering facts from officials on the ground as reports now say nearly a million Rohingya refugees have fled to neighbouring Bangladesh.

What he learns will be reported back to the prime minister, and eventually Canadians, but his appointment should also serve to reinforce the fact the world is paying attention to the situation in the southeast Asian country, Rae told a news conference.

Mynamar’s security forces began a crackdown earlier this year on what it called Muslim insurgents, but their attacks on Rohingya villages have been labelled as ethnic cleansing by the United Nations and roundly denounced by many countries, including Canada.

Rae said he wants to get all sides of the story and bring the information back to Canadians and the prime minister to create a clear and consistent response from Canada and for other countries.

“I don’t pretend to be somebody who can work miracles. I do think it is worthwhile for us to keep on as many paths as possible in reinforcing the messages about the extent of the crisis within Myanmar.”

In addition to Rae’s appointment, the federal Liberals announced Canada will provide an additional $12 million in humanitarian assistance, bringing the total of Canada’s financial commitment to $25 million so far.

The Geneva meeting — hosted by the European Union, the government of Kuwait and the United Nations’ migration, refugee and humanitarian aid co-ordinating agencies — aims to help meet a UN call for $434 million in funding through February.

Rae’s term lasts at least until January, when he says he’ll release a report detailing his findings and observations.

Canada granted Myanmar’s de facto government leader, Aung San Suu Kyi, honorary citizenship in 2012, one of only a handful of people to have the designation.

Suu Kyi has been largely silent in the face of the violence, and there have been calls for Canada to revoke the honour.