Politics Insider for July 7: Canada has a new man at the UN, the Rideau Hall intruder faces a long list of charges and Trudeau skips a trip to D.C. 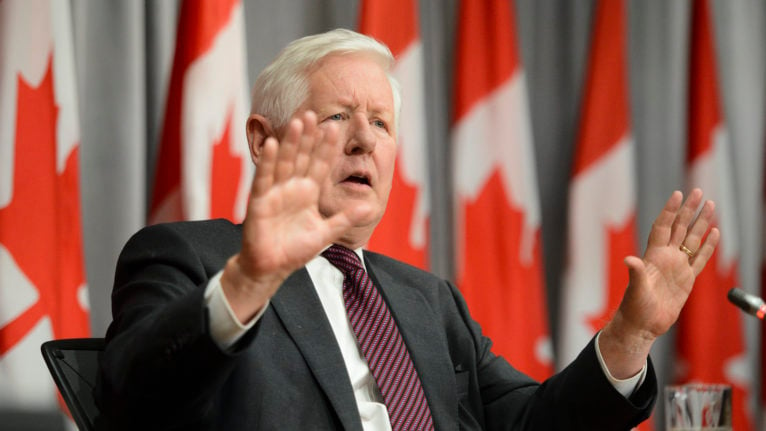 Bob Rae leaves after holds a press conference regarding his appointment as the next ambassador to the United Nations on Parliament Hill in Ottawa on Monday, July 6, 2020. (Sean Kilpatrick/CP)

Canada has a new man at the United Nations. On the heels of an embarrassingly unsuccessful bid for a temporary seat on the security council, Marc-André Blanchard—widely praised for his work campaigning for the coveted seat—is out. Prime Minister Justin Trudeau will replace Blanchard with Bob Rae, one of Canada’s longest-tenured politicians.

Rae left politics after his provincial NDP government’s defeat in 1995, and before running again in 2008—for the Liberals he had once mocked as a proud New Democrat—he was appointed by Ottawa to investigate the Air India Bombing and Queen’s Park to make recommendations on post-secondary education. After his return to Parliament, Rae served a couple of stints as Liberal foreign affairs critic. More recently, Rae has served as an advisor on the refugee crisis in Myanmar and, just this past March, started a stint as special envoy on humanitarian and refugee issues.

He isn’t the first Rae to land this gig: Bob’s dad, Saul, served in the role from 1972 until 1976. A few years later, a young, newly elected Bob tested his mettle in fraught Commons debates about the Middle East—debates that endure as divisive at the UN to this day. (On Feb. 23, 1979, Rae motioned to sanction companies that complied with a boycott of Israel championed by certain Arab nations at the time.)

Meet Bob Rae’s new UN colleagues: Paul Wells surveys the landscape of Rae’s fellow ambassadors, and notes they’re all typically younger than the new guy—and many list a term as deputy to former ambassadors in their diplomatic résumés.

It’s possible to admire Bob Rae’s contribution to Canadian public life and, at the same time, to notice that other countries normally send people with far more diplomatic experience, and far more United Nations experience, than he has. People who have worked far more closely with their country’s leaders than Rae has actually worked with Trudeau.

One man, four guns, 22 charges: Early in the the morning on the day after Canada Day, Manitoban military reservist Corey Hurren was arrested after allegedly breaching secondary gates at Rideau Hall. Yesterday, reporter Justin Ling was first to publish the 22 charges Hurren will face. The last charge claims Hurren uttered a threat against the Prime Minister’s safety—which, as Ling observes, calls into question the Mounties’ earlier line on the armed intruder’s intentions. A National Post headline said the charges make the “attack look like an assassination attempt.” For some, that recalled former Privy Council clerk Michael Wernick’s warning last year about the possibility of political discourse drifting toward violence.

What’s in a capital letter? Yesterday, Statistics Canada published a new study on the economic impact of COVID-19 among visible minority groups. The news release capitalized white—a decision that might appear, at first glance, to be intentional. Many major media outlets now capitalize Black, but there’s no apparent shift on capitalizing white. The Columbia Journalism Review decided against it last month, a couple of days after The Atlantic published a long essay on the topic. StatsCan tells Maclean’s there is no “implicit meaning” to the W. Every category is capitalized, they say, as defined by the federal Employment Equity Act.

Familiar foes: China and Saudi Arabia, two of Canada’s most persistent diplomatic bugaboos, have new beef with Canada. China is warning of serious consequences in the wake of Canada’s decision to suspend its extradition treaty with Hong Kong and warn Canadians who travel to the island city that they may face arbitrary arrest. The Saudis have requested that Canada extradite a former intelligence official, Saad Aljbari. The Globe and Mail reports that Canada, which has no extradition treaty with Saudi Arabia, has refused to do so. But, sources tell the Globe, the feds haven’t gone out of their way to help Aljabri or his family.

Trudeau decided against making a trip to Washington to meet with his two New NAFTA partners, Donald Trump and Andrés Manuel López Obrador. The PM did yesterday get on the phone with AMLO—and “wished” for the Mexican president a “successful meeting” with Trump. No word on whether or not he offered handshake advice (which, based on that famous 2017 grip-n-grin, could fund a nice little post-PM consultancy all on it own). The AMLO call wasn’t on the PM’s daily itinerary, which keen observers will note is often quite light on detail. But the PMO tells Maclean’s they “do” their “damndest” to make those daily agendas as detailed as possible. “We’re not out golfing,” says one staffer.

A different kind of surplus: The Canadian Centre for Policy Alternatives flipped the narrative on federal pandemic spending. Sure, various emergency aid programs are producing historic deficits. But every dollar added to a federal bottom line soaked in red ink potentially helps a Canadian avoid a dollar’s worth of debt. The real question, writes CCPA economist David Macdonald, is who benefits? “Deficits or surpluses in any sector never happen in a vacuum,” he said. “Another sector of the Canadian economy has to be on the other side.”

Seven years since Lac-Mégantic: Trudeau marked another “sombre anniversary” of the rail disaster that killed 47 of the Quebec town’s residents in 2013. The PM said the government has “made progress” on a new rail bypass, and is “still committed” to seeing it through. But it’ll be another three years before trains are taking the new detour—a decade after the unmitigated disaster.