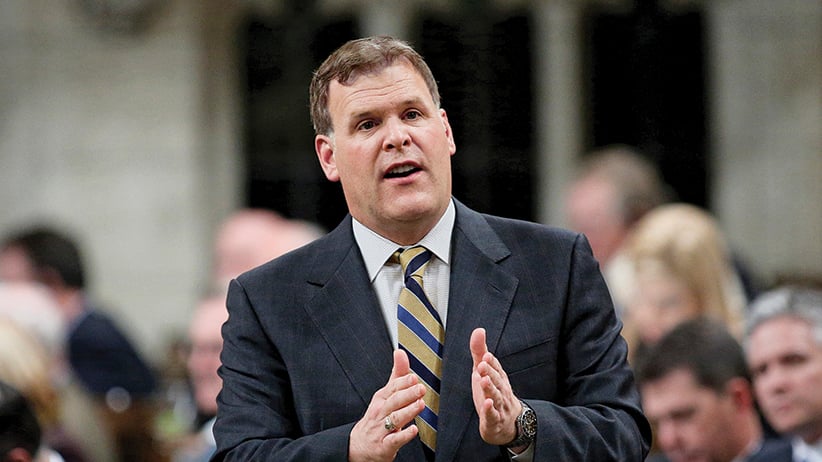 OTTAWA— John Baird, one of Prime Minister Stephen Harper’s most trusted and high-profile cabinet ministers, is resigning his foreign affairs post and will not seek re-election later this year.

Multiple Conservative sources tell The Canadian Press that Baird announced the news Monday, and the news shocked even some of his cabinet colleagues.

It is still unclear where Baird is headed, and International Trade Minister Ed Fast appears poised to take over as acting foreign minister.

“The minister is looking to turn the page on 20 years of public service, and like anyone in public office is looking for new opportunities at the young age of 45,” said a Conservative close to Baird, who spoke on condition of anonymity.

Related: John Baird: ‘The definitive face of the Harper era’

Some Tories are speculating the politician from Ottawa is headed to a career in the private sector.

“These are potentially peak earning years for him,” said one Toronto-area Conservative.

Baird has spent a lifetime in politics, joining the Progressive Conservative youth wing and going on to work in the Parliament Hill office of cabinet minister Perrin Beatty. In 1995, he won a seat in the Ontario legislature, and went on to hold a variety of posts in the government of Tory Premier Mike Harris.

Baird was one of the “blue” Tories who supported the merger of the Progressive Conservative and Canadian Alliance parties, but more importantly supported Stephen Harper’s bid for the leadership of the new Conservative Party of Canada.

When the Conservatives formed a government in 2006, Harper gave him the lead role in ushering through the first major piece of legislation, the Federal Accountability Act, as president of the Treasury Board.

Later, as environment minister, he helped to sever Canada’s commitment to the Kyoto Accord on climate change. As Transport and Infrastructure minister, he ushered through millions in stimulus spending in the midst of the economic downtown.

In this last portfolio at foreign affairs since 2011, Baird has gone from being the prime minister’s pitbull during question period to a more statesman-type role on the world stage.

He has taken on some key issues, including speaking out forcefully on discrimination against gays and lesbians internationally, and against forced child marriages.

John Geddes: Baird shouted lots, but had a subtler side, too

Just this week, Baird has been working to secure the release of Egyptian-Canadian journalist Mohamed Fahmy from a Cairo prison.