Politics Insider for April 23: All eyes on P.E.I. Greens, cracks in the PMO, and Trudeau gets the Simpsons treatment 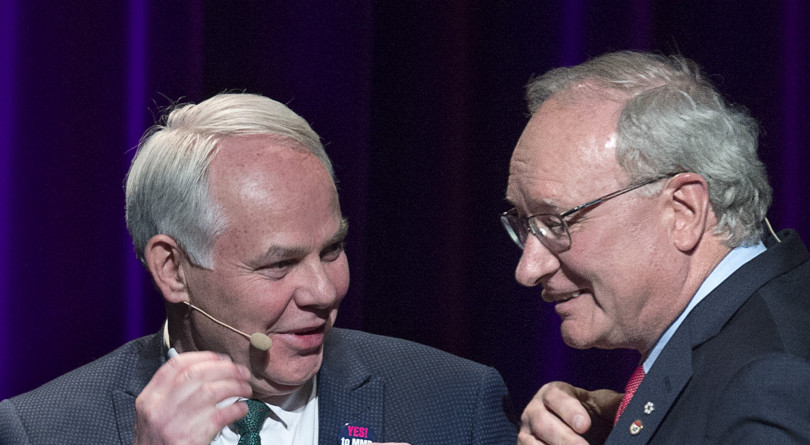 Today P.E.I. goes to the polls, and rarely has an election in the province drawn so much national attention.

Green shift: There’s mounting evidence the tiny island province is on the cusp of a historic election outcome—a new vote projection by 338Canada.com for Maclean’s points to a majority win by the Greens, which would make it the first Green Party government in Canada, and bring an end to nearly 12 years of Liberal rule in the province. A lot of uncertainty remains, notes 338Canada.com founder Philippe J. Fournier, but if the projection is correct, the Greens are on track to receive the highest vote share for a Green party in Canadian history. (Maclean’s)

But while Greens in P.E.I. might otherwise be straining to contain their eagerness at this point, party members and politicians across the province are instead grappling with sorrow after Green Party candidate Josh Underhay, 35, and his six-year-old son Oliver died on Good Friday in a canoeing accident. As Lindsay Jones writes, “The island, which in times of crisis becomes one big, close-knit community, went into mourning on Easter weekend alongside Green Party leader Peter Bevan-Baker and Underhay’s family. Within hours of the news, all parties had cancelled their advertising, canvassing and events for the last two days of the campaign. Volunteers in Underhay’s riding of Charlottetown-Hillsborough Park took down his campaign signs.” (Maclean’s)

For some background reading on the Green Party’s rise during this campaign, here’s Jason Markusoff from January observing that P.E.I. isn’t the only province where the Greens are gaining ground:

The Green seed germinated in Canada’s smallest province may be blossoming freakishly fast, but throughout the country, the party brand is steadily sprouting at the provincial level. Before 2011, when Elizabeth May became a federal MP, the small party could get nowhere in first-past-the-post elections. Now she has nine colleagues in provincial houses. Despite repeatedly failing to bring electoral reform and proportional representation to legislatures, Greens have found a new way to break through: elect one and then elect more. Greens went from one member to three in successive B.C. elections in 2013 and 2017, followed by the same pattern in New Brunswick. Bevan-Baker was joined by a partner in P.E.I., and last summer Mike Schreiner broke through in Ontario.

This successful pattern has thus far eluded the federal Green party, but hope springs evermore in this fall’s uncertain contest that May returns to Parliament with some company. (Maclean’s)

One of the big problems for P.E.I. Liberals is that a lot of people in the province really don’t like the guy leading the party—not  Wade MacLauchlan, the province’s Liberal premier, but the one leading the national Liberals, not to mention the country: “I’m not a big fan of Mr. Trudeau.”  (The Guardian)

System failure: In case you missed it, over the weekend the Globe and Mail took an inside look at how cracks inside Prime Minister Justin Trudeau‘s office set the stage for the crisis his government has faced in recent months. “The ethical implications of how Mr. Trudeau’s office engaged itself in SNC-Lavalin’s criminal case will long be the subject of debate. But what is beyond question is that the entire affair – from last fall through this past winter – represented a major system breakdown within the PMO.” (Globe and Mail)

Trud’Oh: Will The Simpsons actually include an SNC-Lavalin joke next Sunday? The next episode, titled “D’Oh Canada,” involves Lisa Simpson mistakenly being given political asylum while on a family trip to Niagara Falls, and will feature Canadian journalist Lucas Meyer—known for his impressions—as Trudeau. And a Canadian-born consulting producer on the show has hinted that a current scandal may get a mention: “That may be one of those things that nobody in America is going to get.” True to fashion, Canadians are once again very, very excited just to be noticed by the Yanks. Mmm American validation. (Canadian Press, Twitter)

#bigfatgreenwedding: One last bit of Green news to note. On Earth Day (Monday for those who weren’t paying attention) Federal Green leader Elizabeth May tied the knot with her partner John Kidder. As Anne Kingston writes, “The love-match offers a hopeful reminder that renewal is possible, even when least expected.”  (Maclean’s)