Burning question at APEC: Who is hotter?

Front page of a Manila newspaper notes arrival of 'APEC hotties' — that is, Justin Trudeau and Enrique Pena Nieto 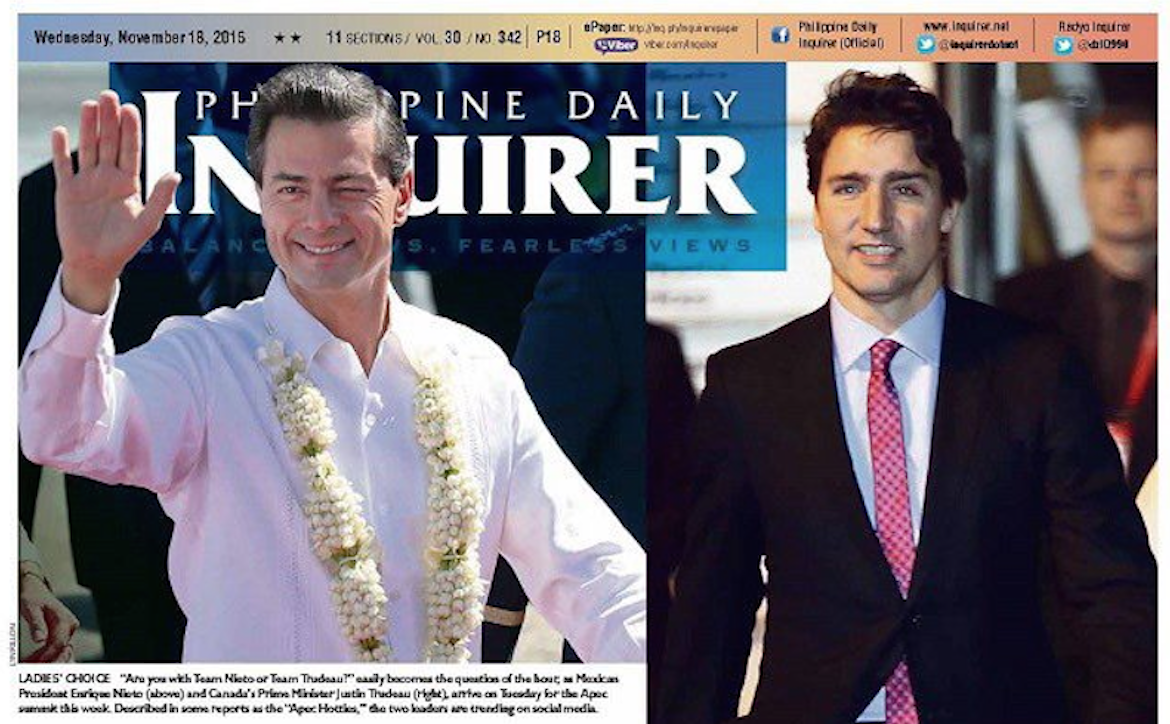 That was the burning question asked on the front page of a Manila newspaper Wednesday morning as the first day of the Asia Pacific Economic Co-operation leaders’ summit opened.

A pair of large photos of the two leaders filled the top half of the Philippine Daily Inquirer broadsheet.

The caption said: “Ladies choice: Are you with Team Nieto or Team Trudeau?”

The newspaper said that the two leaders have been described in reports as “Apec Hotties.”

An accompanying story that described the arrival of the 21 APEC leaders on Tuesday said employees and staff of the country’s Bureau of Immigration and members of local media tried to get selfies with the prime minister after he landed.