Calling out first-time voters, one by one

Just talking to youth about voting might encourage them to act 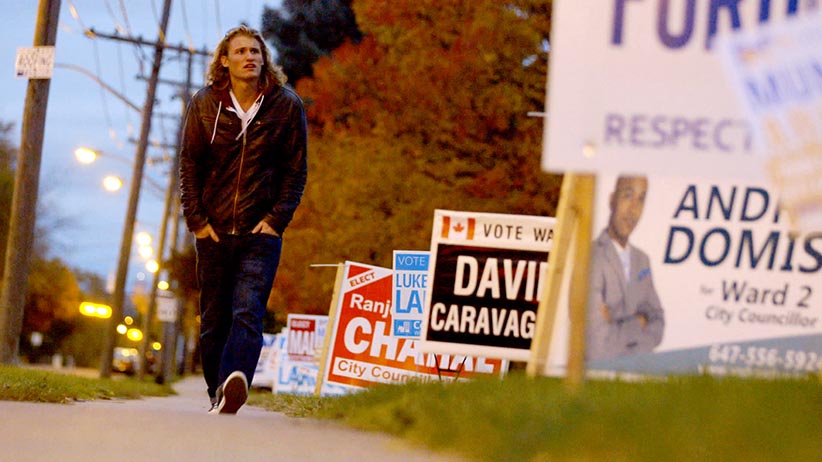 My mother, to both my gratitude and grumbling, is Curious George. In high school, I had to stop my friends on the porch to warn them about “the interrogation,” albeit a friendly one, awaiting them inside. “What’s new with you these days?” she’d ask as a warm-up. “Are you liking school? What classes are you taking? Did you have braces?” She is not alone, since parents, neighbours and teachers are often ceaselessly curious about young people. In the final week of the election, I’ll suggest an important outlet for this snoopiness: Ask them, individually, if they’ll vote.

This advice comes after speaking with the filmmakers of a new documentary, The Drop: Why Young People Don’t Vote. Over the past two years, actor Dylan Playfair and producer Kyle McCachen toured Canada and the U.S., asking young people why they don’t cast ballots. While hearing youth offer up the stock reasons—political alienation, apathy toward all candidates, a sense of being merely a drop in the bucket—they made a more promising finding. Over the course of the interviews, which involved just a few minutes of questions, many youth changed their minds.

“The confrontation in itself was motivating,” says McCachen. “Often they would realize, as they were being asked [questions], that they should vote. People on the fence would say, ‘You know, I am going to vote.’ Most of the people we talked to ended up going out to vote.” Indeed, by simply showing they cared about an individual’s decision to show up at the polls or not, Playfair and McCachen influenced hundreds of young minds.

Typically, efforts to raise youth voter turnout address young people as a mass. “Power in numbers” is the slogan of the latest campaign by Apathy Is Boring, and its Twitter hashtag “#5MMV” calls for the 5.5 million Millennials in Canada to get out to vote. While nationwide organizations such as theirs help to give first-time voters the heads-up about the election and to explain voting logistics, they can’t possibly talk to each one personally. But people like my mother can—as should young people who themselves care about raising youth turnout.

To test this theory, I gave it a go. I called my former roommate on her break during a shift at the Boys and Girls Club in Dartmouth, N.S., to ask if she’ll vote. She said she will—mostly for future complaining rights, but she passed me to her co-worker, 24-year-old Brittany Miller, who wasn’t sure. “I don’t know,” Miller said. “I haven’t really been paying attention to what each party is saying.”

I asked her if she knows anybody who does pay close attention. “Yeah, and as long as they know the main points, they vote,” she said, before switching back to first person. “If I know the gist of what each is saying, a brief outline, then I’ll vote.” I asked how long she felt people should spend informing themselves before voting. “Maybe half an hour or an hour,” she said. And then, after only a 90-second chat: “Yeah, I think I’ll sit down on the weekend,” she concluded. “I want to vote.”

It sounds too simple to be true. But a one-on-one chat can be enough to trigger the act. My mother asked me last week if I’ve registered and whether I’ll vote. I have, and I will, but not before getting nosy about the decision of at least one other potential first-time voter such as myself. For the filmmakers of The Drop, and many others, just having the conversation has been shockingly effective. And for parents, it’s the easiest “first time” they’ll ever ask about.