Can Justin Trudeau defeat the cynicism of politics?

That the Trudeau government might be more open than its predecessor is its least daunting commitment, but also the most fertile ground for complaint 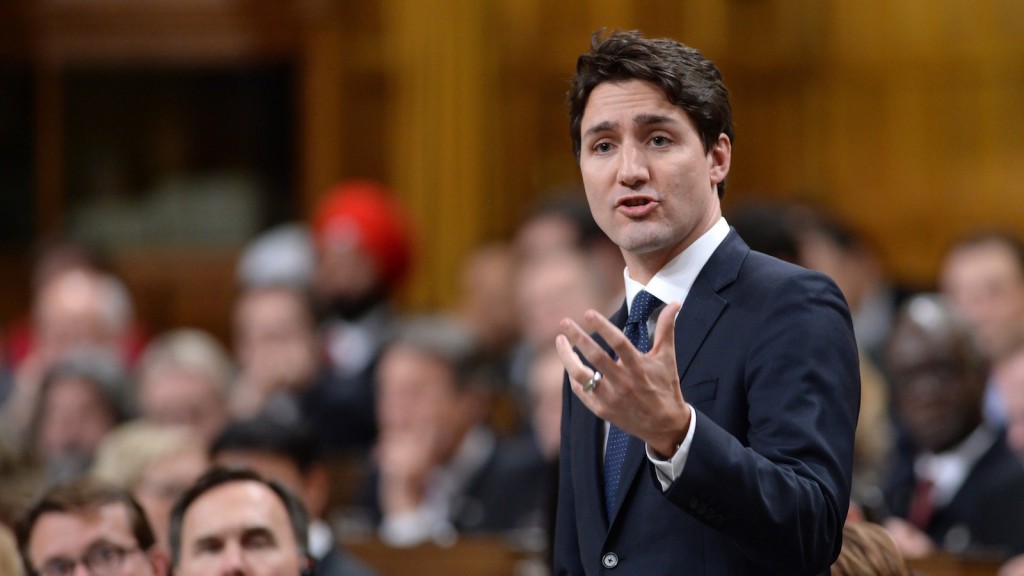 Rather unlike most days of the past decade, the Prime Minister entered and exited the House of Commons for question period this afternoon through the front door, which put him within shouting distance of the reporters and cameras assembled in the foyer for something like 15—perhaps even 20—seconds.

So there is a change that is real, insofar as it has actually happened. At least for a day.

“We are committed to delivering real change in the way that government works,” Justin Trudeau had said a couple of hours before his noteworthy walk down the stairs. “It means setting a higher bar for openness and transparency; something needed if this House is to regain the confidence and trust of Canadians.”

A higher bar should be understood here as exceeding a rather low bar. Indeed, of all it is promising to do, that this new government might be more open and transparent than its predecessor is perhaps its least daunting commitment. But here, if measured against perfect openness and transparency, will be the most fertile ground for complaint.

This seemed a lot like the Prime Minister painting a very large target on his government.

“Canadians are tired of the cynicism and mistrust that has characterized federal politics for far too long,” he said. “They are ready to place their trust in the government once again, but this will have a price. If we want Canadians to trust their government, the government must trust Canadians.”

That might at least count as “evidence-based policy” (another political ideal for which it might prove difficult to run a perfect record). Monday morning, Statistics Canada reported that just 37 per cent of Canadians possessed confidence in the federal Parliament, somehow even fewer than admitted to confidence in the news media. This is a profound matter—something Trudeau has mused about intriguingly in the past—and a minor revolution in federal governance could conceivably come to pass. But revolutions are not generally easy.

In the first question period for the new government, Trudeau’s ministers mostly refrained from the garish act of standing and reading from scripts. This was a small thing, but a good thing, there being nothing quite as soul-destroying as the sight of a duly elected adult human reading platitudes from a piece of paper. But what those ministers had to say was not always perfectly explanatory. Michelle Rempel, a Conservative who has shown some enthusiasm for demanding accountability, stood and asked for specific details about the processing of Syrian refugees: How many exit permits and permanent visas have been issued, and how many refugees have been identified for resettlement? Immigration Minister John McCallum responded without answering.

Ideally, McCallum might be expected to have this information at hand. Failing that, he might’ve simply offered to get back to the House with such numbers (and he might bring that information with him tomorrow).

Afterwards, Public Safety Minister Ralph Goodale stood of his own volition and used the time reserved (but rarely used in recent years) for statements by ministers to inform the House about the state of labour relations at the RCMP. That was nice. But then Finance Minister Bill Morneau attended to a news conference at which he apparently avoided directly explaining how large a deficit his government might run. These are small things and we should be mindful not to get hung up on minor quibbles and this government might yet make progress on major items—empowering House committees, reforming question period, renewing the access-to-information system—but big things, like rebuilding the public’s relationship with its government, can include hundreds of small things.

A different kind of politics is still politics, of course. The different kind of politician is still competing with other politicians and still answering to the body politic, still existing in a world which does not necessarily punish cynicism. There will forever be questions a government does not wish to answer and there are surely occasions when not answering is in the government’s interests. While greater transparency is certainly achievable, perfect transparency is a complicated riddle.

But this moment is flush with opportunity. It will never be easier for this government to be open and transparent and accountable. Which is to say that it will only have more to answer for and fewer excuses. So it might now set some standards and expectations for itself, as much as that might carry some risk. That Trudeau used the front door this afternoon was a nice start and it’ll be all the better if he keeps doing it. Because there’ll be days when the questions shouted at him aren’t particularly welcome and it will be noted when he doesn’t respond, or opts to avoid the press horde entirely.