Can we be trusted?

Journalists, Disclosures, and Conflicts of Interest 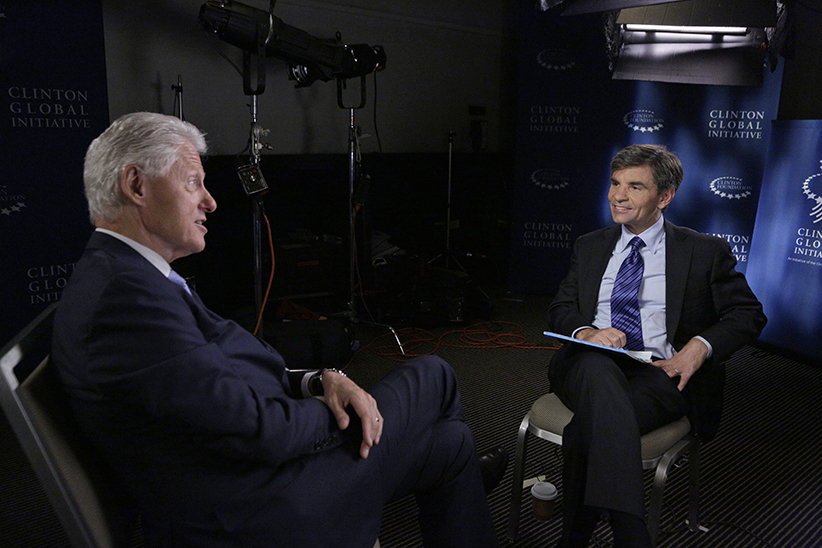 There is a good chance what I am about to argue is completely wrong. When I shared this opinion with a journalist friend in New York, after I unwisely ordered one more drink at the end of an already long lunch, he told me as much. He also pointed out I was offensively presumptuous to even hold a view on the issue, considering my questionable position in the world of journalism. Charlie (let’s call him that to protect the innocent) thinks I’m being precious.

My indelicate and ill-considered notion was this: when it comes to conflicts of interest, journalists are jaw-dropping hypocrites.

The conversation began with George Stephanopoulos. This week, Politico revealed the chief anchor of ABC News had repeatedly and generously donated to Hillary Clinton’s family-run charity, the Clinton Foundation. Republicans immediately described him as hopelessly compromised. A furious debate erupted, and when the yelling was over Stephanopoulos was mostly unrepentant, going so far as to concede, “In retrospect, I probably shouldn’t have, even though I did it for the best reasons,” and then he stepped down from moderating the upcoming primary debate. To me, it was confounding that a journalist who ferrets out conflicts of interest could fail to see his own glaring problem.

But, Charlie argued, everyone already knows Stephanopoulos was biased, since he was formerly a senior adviser in Bill Clinton’s White House. What’s more, he continued, the donations were not hidden, the flow of value was from and not to Stephanopoulos, and no one reasonably thinks his reporting was subsequently skewed.

I needed to fight on more familiar ground, so I shared some recent Canadian examples. Exhibit A, of course, was Amanda Lang. The CBC’s senior business correspondent failed to disclose that she was dating a board member of RBC, one of Canada’s largest banks and a frequent subject of her reporting. Lang also neglected to share with her viewers that she had been paid speaking fees by the bank. And when there were internal debates about the merits of an RBC story, she did not recuse herself. The fact she did not see any of this as a problem is odd. The fact CBC management didn’t either is astounding.

I went on to explain the gothic menagerie of the Mike Duffy trial, and the revelation that the senator had paid $7,350 to the columnist L. Ian Macdonald to write a speech. Duffy also gave money to Ezra Levant (a pundit and journalist, albeit an overtly partisan one) for speechwriting; and wrote a cheque to another journalist, Mark Bourrie, in return for what seemed to be nothing more than friendship. None of these people apparently thought any of this might be problematic.

I then described the annual spectacles of the Parliamentary Press Gallery Dinner and the Politics and the Pen gala: where journalists drink and cavort with politicians they are normally expected to dispassionately scrutinize, a display of shameless camaraderie that would dismay anyone living outside of the 613 area code. This point did resonate with Charlie and he admitted the Gridiron and White House Correspondents dinners in Washington were equally unseemly. But overall he was unmoved. He believes journalists are allowed to have a life outside the newsroom, and they are overwhelmingly professional and objective.

On this, we agreed and lunch ended. Many of my friends are members of the media, and I consider every one of them to be above reproach. Nonetheless, when I first arrived in Ottawa, a naïf from the hinterlands, I was surprised at how small and clubby the town was. When the cameras turn off, the press and politicians are fast friends. Journalists edit memoirs, ghostwrite speeches, lobby for appointments, advise public relations firms, provide insight to election campaigns, fly on government junkets (to Afghanistan for example), or are paid to speak to industry groups. And what makes this so ironic is journalists consider themselves to be the guardians of propriety, always the first to demand politicians explain the slightest whiff of a conflict of interest.

Individually, many of these cases could be excused, rationalized, and tossed away. But together these conflicts pile one on the other until you get a putrid mess. In Ottawa, we have lived with its smell for so long we don’t even notice it anymore. But perhaps others do; Canadians rank journalists among the least trustworthy professions. Undoubtedly, it is one of the reasons media critic Jesse Brown launched the innovative Canadaland venture to provide much-needed scrutiny to Canada’s over-comfortable press (they broke the Lang story).

Perhaps the reason I am so acutely aware of the problem is because the stink is heavy on me, too. I have so many potential conflicts of interest I can barely report the weather without bumping into one. Which is why, when I began writing for Maclean’s, I self-consciously followed the lead of Sun Media’s parliamentary bureau chief David Akin, and published my own disclosures. At the very least I can claim: “I told you I wasn’t to be trusted.”

I concede it is possible I am being puritanical. I did not go to journalism school. I am no one’s idea of an ethicist. I have spent no time in a newsroom and it is obnoxious of me to criticize an industry of which I have so little experience. And Charlie is right, I can be precious.

But, I think Akin understands something that Stephanopoulos, Lang, Macdonald, and many, many others don’t: Journalists sell trust. Their viewers, readers, and listeners are paying for the confidence that what they are being told is true and uncompromised. The public understands we’re all human, we have lives outside the office, we have friends, and we have bills to pay. They just want us to admit that too.