Canada and the world watch Trump and Iran

Politics Insider for Jan 6: Assassination fallout, the Conservative leadership race and the (new) laws of the land 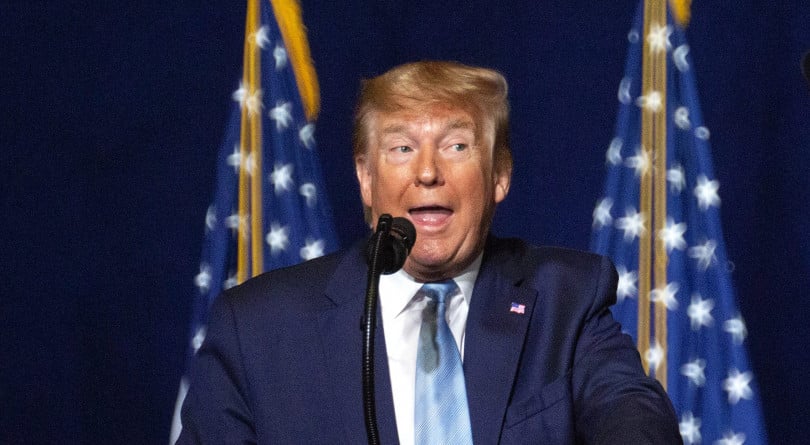 Happy New Year and welcome back to the Maclean’s Politics Insider newsletter in 2020, which is already off to a precarious start. Let’s kick things off with the fallout from the America’s assassination of Qassem Soleimani, who led Iran’s powerful Quds Force of the Islamic Revolutionary Guards Corps.

The U.S. has gone rogue, and Canada may be caught in the crossfire: The assassination of Soleimani could set Iraq on fire, with dire consequences for Canadian troops, writes Adnan R. Khan:

And thus begins the inexorable slide into chaos and war. Some might even argue the war has already begun. By most measures, the killing of Soleimani was an act of war. The tragedy that history will record is that Iraq was showing some promising signs. Young people had risen above sectarian divides and taken to the streets to protest government corruption. Iraqis themselves were calling for an end to Iranian influence in their country.

In a single, inexplicable moment, the Trump administration has blown all of those possibilities into oblivion. It appears the decision to carry out the assassination was made unilaterally (neither NATO nor the Canadian armed forces responded to requests for comment but military sources I contacted in Baghdad say no one was consulted) and it appears the U.S. is already preparing for some kind of military escalation, with a troop buildup currently under way in the Middle East. Read more ››

The U.S. was justified in killing Soleimani—but is it ready for what comes next?: Americans may ponder whether they’ve kicked off World War III, writes Terry Glavin, but Soleimani made many in the Mideast feel like they’re already in a world war:

Of the hundreds of thousands of innocents slaughtered across the Middle East over the past decade, it would not be a stretch to say most were murdered by Soleimani’s connivance, or at his direct order.

But Soleimani was the equivalent, you could say, of the U.S. secretary of state. Without getting into any of the partisan hyperventilation about whether Trump has just kicked off World War III, or wading into the quarrels about whether the operation should be understood as an assassination or an execution or a battlefield bullseye, a stroke of strategic genius, a wildly reckless miscalculation or just a drearily necessary act of civic hygiene, a number of deeply unsettling questions arise. Read more ››

Meanwhile the Trudeau government is saying little about what plans it might have to withdraw Canadian military members who were taking part in a NATO training mission. “We continue to monitor and evaluate the situation, and remain in close co-ordination with our international partners,” a spokesperson for Defence Minister Harjit Sajjan told the Canadian Press Sunday.

Canadian politics needs way more shame: Canada needs men and women in power who are afraid to lie to us, who would be embarrassed to be caught out, who blush and fear the consequences, writes Scott Gilmore:

As we begin a new decade … I have the impression the last 10 years saw a distinct decline of shame in Canadian politics. It’s hard for me to count or calculate; this is not something tracked by Statistics Canada. But it distinctly feels like our politicians are growing more shameless by the day.Read more ››

Party central:  On June 27 Toronto will play host to two parties. The Conservatives announced they will be in town to select a new leader to replace Andrew Scheer while at the same time the city’s LGBTQ community will be taking part in Pride weekend festivities, including that parade Scheer so assiduously avoided. Just a coincidence, said Lisa Raitt, co-chair of the leadership committee.

Meanwhile longtime Conservative volunteer and businessman Bryan Brulotte will launch his unofficial campaign for leadership today. The rules for the race have yet to be set, meaning Brulotte can’t yet declare himself a candidate, but he said he’ll run on a platform of a luxury tax and a variant of a universal basic income. “As a society, there is a widespread misunderstanding that only socialists and Liberals care about people,” the Canadian Press quotes from his policy document. “I’m a capitalist and I care.”

It’s the law: From restrictions on vaping and building codes that allow for much bigger wood structures to new taxes and bylaws that allow dogs on patios, here are 46 new laws set to come into force across Canada in 2020.