Canada is planning for a literal moonshot as soon as 2023

Politics Insider for Dec. 17: A Canadian will join a mission to orbit the moon, Carla Qualtrough admits the government's mistakes and Santa Claus is declared an essential worker 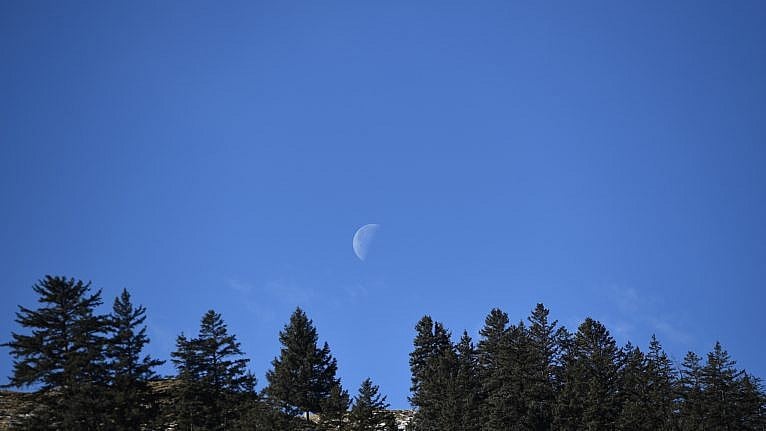 A little piece of Canada is resting on the moon. When the first lunar module touched down on July 20, 1969, its legs were manufactured by a Quebec-based company named Héroux Machine Parts. This is the sort of trivia Canadians take seriously. Nobody builds space appendages better than us. We’re even building our third Canadarm for the Lunar Gateway space station. But yesterday came a significant new announcement: Canada will send two more arms, and another pair of legs, into outer space. As early as 2023, a Canadian astronaut will orbit the moon.

The news wasn’t universally embraced. Michael Byers, a former NDP candidate who’s an expert on the Arctic at the University of British Columbia, likened a moon orbit that didn’t include a lunar landing to being “invited to the prom but having to wait outside.” Many of us regret our proms, but anyone who was left on the outside witnessing a stunning Earthrise—the phenomenon first seen by the Apollo 8 crew in 1968—would surely not complain. NASA has already published a map of the flight trajectory for Artemis II, which will fly further from our planet than any manned flight in history.

Liberals hoped Canada would embrace their risk-taking. Did it work? Employment Minister Carla Qualtrough sat down with your newsletter correspondent for a year-end interview. She got candid about what her government did right in 2020, and also where they went wrong. She commented on a brewing controversy involving CERB recipients who might actually be ineligible for the program—even though they thought they were following the rules.

At some point, I don’t know when that would be, we’re going to start collecting. We have a commitment to be as compassionate as we can be. Maybe you’re paying $25 a month. There are circumstances where interest can be forgiven. There are programs in existence that will help minimize the difficulty that people will face. But right now, no, there is no commitment to basically forgiving debt that was incurred in good faith.

The Navy has called off the search for Master Sailor Duane Earle, who’s believed to have accidentally fallen overboard HMCS Winnipeg on Monday. Earle’s death was a harsh reminder that working on the ocean can be dangerous business. Today marks the two-year anniversary of a daring rescue in the North Atlantic in which brave sailors and airmen saved a panicked yacht crew who were adrift at sea.

The Public Health Agency of Canada pegs the number of opioid-related deaths between January 2016 and June 2020 at 17,602. New data also says the number of deaths between April and June jumped 58 per cent from January to March levels. New modelling says opioid-related deaths “may remain high over the next months and surpass levels seen in the past.”

Yesterday, Erin O’Toole backed off comments he’d made to young Conservatives at Ryerson University last month. PressProgress reported on a video in which O’Toole said the architects of residential schools had “meant to try and provide education.” O’Toole sent a statement to Global News that clarified the architects actually “intended to remove children from the influence of their homes, families, traditions, and cultures.” We also have a mea culpa: In yesterday’s newsletter, we were unfair in our characterization of PressProgress’s headline, which we said “torqued” O’Toole’s original comments.

Top 10 weather events of 2020: Yes, the federal government really does rank these things, and with lengthy explanations to boot. The biggest weather event of the year was [redcated]’s billion-dollar [redacted]. What, you thought we’d spoil the fun?

An eagle-eyed reader noticed something we missed in a federal call-out for an access-to-information consultant. The document stipulates that in the case of a tie between two bids, the winner will be declared by coin toss. There’s even a Coin Toss Agreement and extremely detailed coin-toss instructions with this tidbit on a certain statistical anomaly: “Even on a flat surface, it is possible for a coin to land on its edge, with a chance of about 1 in 6000.”

Santa Claus is an essential worker: That’s the determination of Theresa Tam, the chief public health officer, who gave the news to the man himself on a video call. Does Canada even have jurisdiction over the North Pole’s most famous resident? Well, never forget that back in 2013, at the height of the Mike Duffy scandal, then-MP Paul Calandra bestowed this country’s citizenship on Saint Nick. Watch his glorious deadpan with your own eyes.

Give the gift of Maclean’s. It’s easy, affordable and they’ll enjoy it all year long!