Critics say Canada shies away from major targets. But a new snitch line may be having an impact. 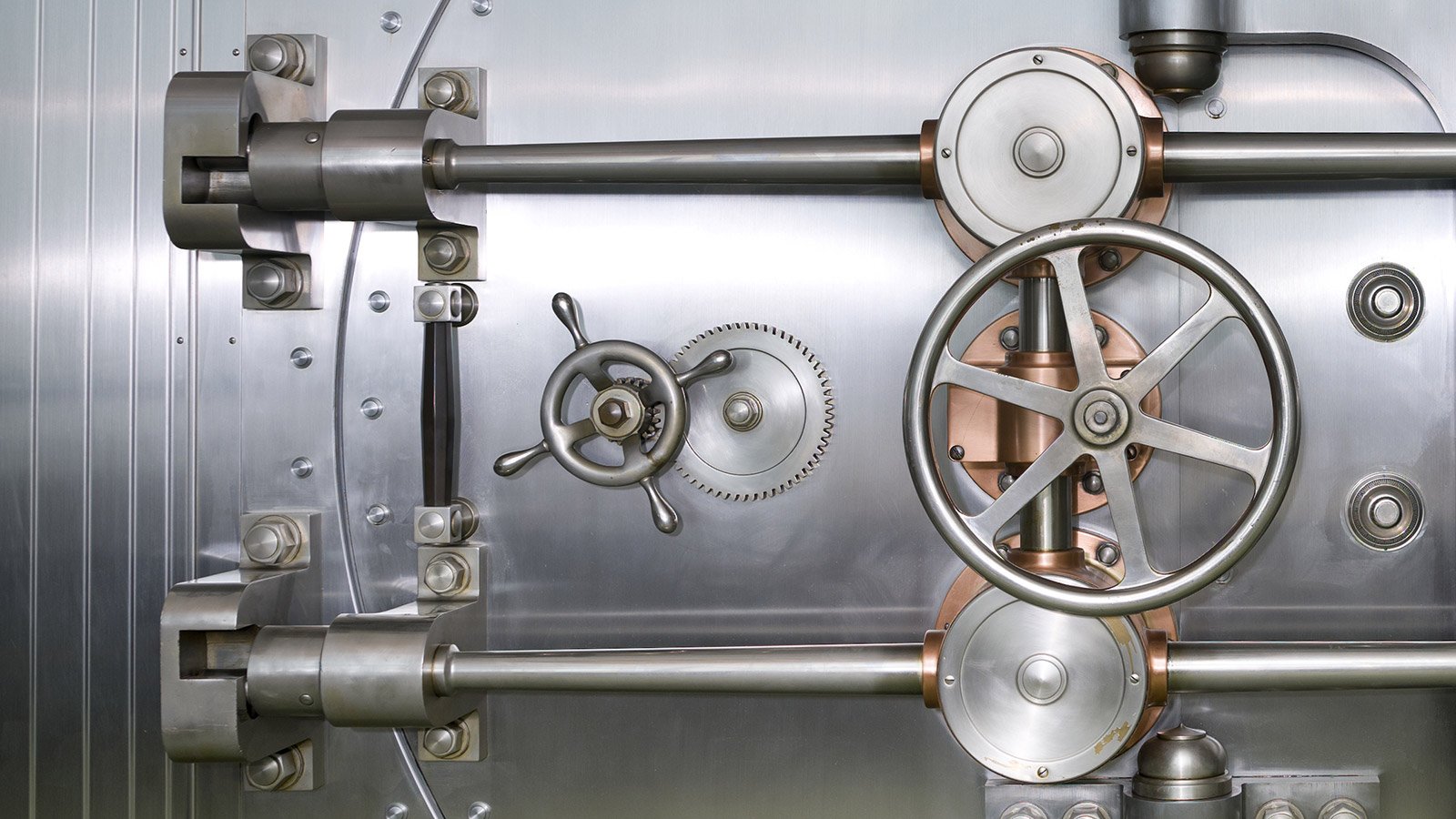 A lot of Americans who have stashed money in offshore accounts face a hard decision this summer. In late June, the U.S. Internal Revenue Service gave them a deadline: U.S. taxpayers who are hiding income in offshore accounts in 10 targeted financial institutions—scattered in Europe, Asia and the Caribbean—must come clean voluntarily before Aug. 4, or face much stiffer penalties if the IRS catches them later. It’s the latest salvo in a five-year campaign to raise the pressure on U.S. tax cheats, and some Canadian tax experts say the IRS crackdown has been far more assertive than anything attempted by the Canada Revenue Agency.

Of course, that’s not how Prime Minister Stephen Harper’s government sees it. In last year’s federal budget, the Conservatives declared with some fanfare that they were taking aim at “international tax evasion and aggressive tax avoidance.” Among other announced measures, one system pays informants who give the CRA tips that lead to unpaid tax being recovered from offshore evasion schemes. But tax lawyers and accountants continue to see a wide gulf between the IRS and CRA efforts. “The Canadian experience with respect to enforcement in terms of tax evasion and offshore accounts has been dismal,” says David Chodikoff, a tax litigator in Toronto with the firm Miller Thomson, and a former federal justice department lawyer.

Chodikoff, who is working on a book called Tax Evasion and the Demise of Global Banking Secrecy, slated for publication next year, says both the CRA’s investigators, who must try to compile evidence about complex tax-evasion schemes, and federal prosecutors, who must bring those cases to court, are seriously underfunded—especially compared to their IRS counterparts. David Debenham, an Ottawa lawyer with the firm McMillan, agrees that this summer’s tactical move by the IRS to hike penalties is only the latest reminder of the “CRA’s relative lack of effective enforcement, particularly in relation to offshore tax evasion.”

Research conducted for CRA confirms a perception that the agency is tough on small-time domestic tax avoiders, but intimidated by big-time international tax cheats. The CRA hired a consulting ﬁrm to conduct focus groups last year to find out how it is regarded. Accountants and other “tax intermediaries” who took part “raised questions about the resources dedicated to those larger players who put money in offshore tax havens, versus smaller players who claim a few too many dollars in charitable donations,” according to the report by Walker Consulting Group.

It’s unlikely the CRA was eager to have that finding revealed. But federal law requires that government opinion research of this sort be made public, so the report was posted several weeks ago to a government website. “The greatest concerns were raised in Vancouver,” it says, “and those concerns revolve around how quickly and easily dissuaded the CRA appears to be from going after wealthy people. Around the table in Vancouver, there was a perception that as soon as tax lawyers are brought in by the wealthy, the CRA backs off, and in the eyes of those people, the CRA needs to follow through on some of those ‘larger fish’ to preserve the integrity of the system.”

Suspicion that Canada’s federal tax authorities are tough on minor cases but timid on major files isn’t new. Back in 2010, an internal audit of the tax enforcement program, based partly on interviews with CRA staff, discovered a tendency to pursue “smaller cases that represent ‘quick hits,’ ” rather than bigger tax-evasion cases that are harder to win and often take longer to wrap up.

But a spate of revelations about cash hidden abroad in tax-haven countries with previously impenetrable banking secrecy has prompted demands internationally for governments to take action. For instance, highly publicized leaks a few years ago gave the CRA first a list of more than 100 Canadians with accounts at Liechtenstein’s LGT Bank, and then more than 1,700 with accounts at Switzerland’s HSBC. Asked by Maclean’s if anyone on those lists has been convicted, CRA says only that it won’t discuss specific cases since “the protection of taxpayers’ information is of utmost importance.”

Other countries’ tax authorities don’t mind touting their enforcement successes in detail. Provided with information from Liechtenstein similar to what Canada received, Australia launched a high-profile task force that netted dozens of convictions. The IRS releases details on who gets caught, such as a recently updated online summary of the dozens of U.S. clients of UBS AG (previously Union Bank of Switzerland) who have been sentenced to fines and jail terms involving their UBS accounts.

Still, the CRA defends its record. The agency told Maclean’s that from spring 2006 to spring 2013, 58 Canadians were convicted of tax evasion in cases that involved offshore accounts. Few of those convictions, however, were big enough to make waves. And the modest tally of convictions shows that charges are pursued on only a fraction of files, since the agency also says, “Through our efforts to combat aggressive international tax planning, the CRA has audited more than 8,000 cases since 2006, identifying approximately $5.1 billion in additional taxes.”

The CRA appears to be putting its emphasis less on taking taxpayers to court than on persuading them to co-operate and pay the taxes they owe under its Voluntary Disclosures Program. There’s a clear incentive to do so. Those convicted of evasion must pay all taxes owing, plus interest, penalties and fines of up to 200 per cent of the taxes evaded, not to mention face jail terms of up to five years. But those who voluntarily disclose before CRA catches up to them often have to pay only taxes owing plus interest. CRA says the number of voluntary disclosures involving offshore accounts or assets soared from 1,215 in 2006-07 to 5,248 in 2013-14.

That rise in taxpayers fessing up is driven in part by the spreading realization that banking secrecy in some tax-haven jurisdictions just isn’t what it used to be. As well, the U.S. crackdown might be having a spillover effect for taxpayers with dual Canadian-American citizenship or business and financial dealings on both sides of the border. “There’s no question that I’ve seen it in my practice,” Chodikoff says. “There’s a direct connection between what’s happened in the United States and Canadian disclosure programs.”

It’s also possible some wary tax evaders have come clean out of concern the CRA will get more aggressive in the near future. After all, the 2013 budget provided the agency with some new tools, which haven’t had time yet to produce big results. The new Offshore Tax Informant Program could be key. The CRA says that of 251 would-be informants who called from Jan. 15 to May 31, more than 170 were asked to follow up with full written submissions. If they are accepted into the program and their information proves useful, they will qualify for rewards of five to 15 per cent of the tax Ottawa rakes in as a result from offshore evaders. “Generally speaking, information obtained from confidential informants requires significant analysis,” CRA says. “And given the steps and level of review required, it will take time to validate the quality of the submissions received and confirm acceptance into the program.”

If squads of new informants eventually lead to charges in some high-stakes offshore tax cases, then the CRA’s reputation could quickly change. Until then, though, the most riveting action in North American tax enforcement will continue to occur disproportionately south of the Canada-U.S. border.