Canada leaves Afghanistan: An expert on the mission

A conversation with Stephen Saideman, co-author of the important new book "NATO in Afghanistan: Fighting Together, Fighting Alone" 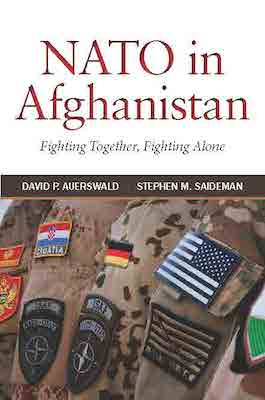 The final 93 Canadian soldiers to leave Afghanistan arrived in Ottawa this week to a greeting from the Prime Minister himself, the announcement that May 9th had been designated as a national day to honour the 12-year military mission—and a lot of unanswered questions about what it was all about.

Canada’s engagement began with the deployment of a small group of special forces in 2001, ramped up when Canadian troops moved south to the violent Taliban heartland of Kandahar in 2006, and eased in 2011 when Canada withdrew from combat. Since then, Canadians have been helping train the Afghan National Army in and around Kabul. In all,  158 Canadian troops died in Afghanistan, along a Canadian diplomat, a journalist and two civilian contractors.

Sorting out what it all meant will be the work of many years. But as this long, historic episode came to a close, I spoke with Stephen Saideman, an international affairs professor at Carleton University in Ottawa, and co-author of an important new book, NATO in Afghanistan: Fighting Together, Fighting Alone (Princeton University Press). Our conversation: