Nov. 16: After the U.S. sanctioned several Saudi officials, Canada considers turning to the Magnitsky Act, and the case for a Russian activists refugee claim 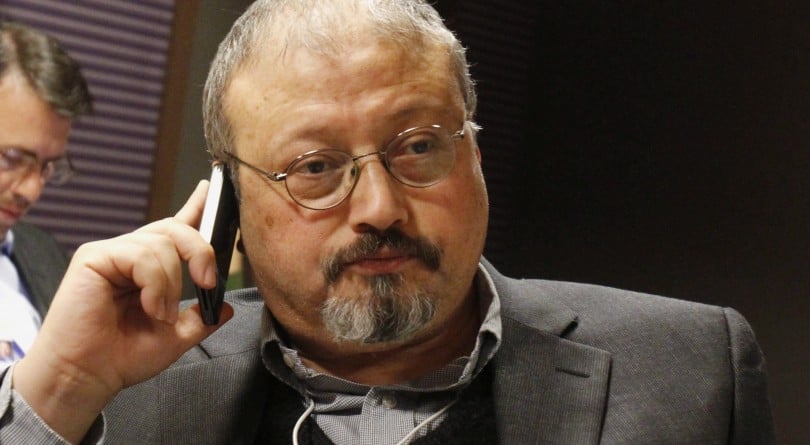 Ever since Saudi journalist Jamal Khashoggi was killed last month and details of his gruesome murder emerged, the Trudeau government has waffled over what Canada’s response should be. Now the U.S. Treasury has hit 17 Saudi officials with sanctions over their involvement in Khashoggi’s  death, and it appears Ottawa is ready to act. Foreign Minister Chrystia Freeland said Canada welcomed the U.S. move and is “actively considering” using the Magnitsky Act, which allows it to hit foreign human rights abusers with financial penalties, to apply its own sanctions. (Global News)

From thuggery in Saudi Arabia, onto China. As part of the Chinese government’s crack down on Uyghurs and other Muslims, thousands of people have been sent to re-education camps (the Globe and Mail recently published a detailed report on the camps). Now China has slammed Canada for spearheading a letter campaign involving 15 foreign ambassadors that expressed concerns about China’s camps. Ambassadors should not “interfere in the internal affairs of other countries” a Chinese foreign ministry official said.  (CBC News)

And from thuggery in China, onto Russia. Elena Musikhina’s refugee claim seemed straight forward enough. An outspoken Russian academic and environmental activist, she’d publicly expressed alarm about the ecological and public-security implications of certain military and industrial developments in the Russian Far East. Because of those actions, and her protest against Vladimir Putin‘s annexation of Crimea in Ukraine, Musikhina faced a very real threat back home. Yet after fleeing to Canada in 2015, she has been ordered deported. Terry Glavin examines her case and concludes there is only one acceptable course of action: let her stay. (Maclean’s)

Her cause has been championed by Green Party leader Elizabeth May, former cabinet minister and human rights campaigner David Kilgour, University of Toronto international relations professor Aurel Braun and leaders from the Ukrainian-Canadian community.
…
There’s still time for officials with Immigration, Refugees and Citizenship Canada (IRCC) to waive the convoluted and contested findings in her case to date, and to grant Musikhina and her husband Mikhail permanent resident status, on compassionate and humanitarian grounds. Alternatively, either Immigration Minister Ahmed Hussen or Public Safety Minister Ralph Goodale could exercise the prerogative of a ministerial intervention.

The Ontario NDP continues to push for Doug Ford’s PCs to launch an investigation into sexual misconduct allegations against provincial Finance Minister Vic Fedeli. Those allegations, of course, were levelled by disgraced former PC leader Patrick Brown late Wednesday. Brown was booted from the party after facing his own allegations of sexual misconduct. Both men deny the claims, but the war of words and allegations between Brown and the Ontario PCs continues to unfold. Brown has “zero credibility,” Ford said Thursday, while Brown’s book is “shameful and disgusting. … I have 100 per cent confidence in Minister Fedeli. I stand beside him shoulder-to-shoulder.”

That’s where Ford was when Fedeli delivered the PC’s first fiscal update Thursday, claiming to have cut the province’s deficit by $500 million, and bringing the figure down to $14.5 billion in its first few months in office. (Maclean’s)

Governor General Julie Payette has faced a fair bit of criticism about her performance during her first year on the job, but one area of contention—that Payette still does not live in Rideau Hall—is being resolved. Canada’s GG says she’ll move in next summer, well after renovations on the building were completed this past spring. (Globe and Mail)