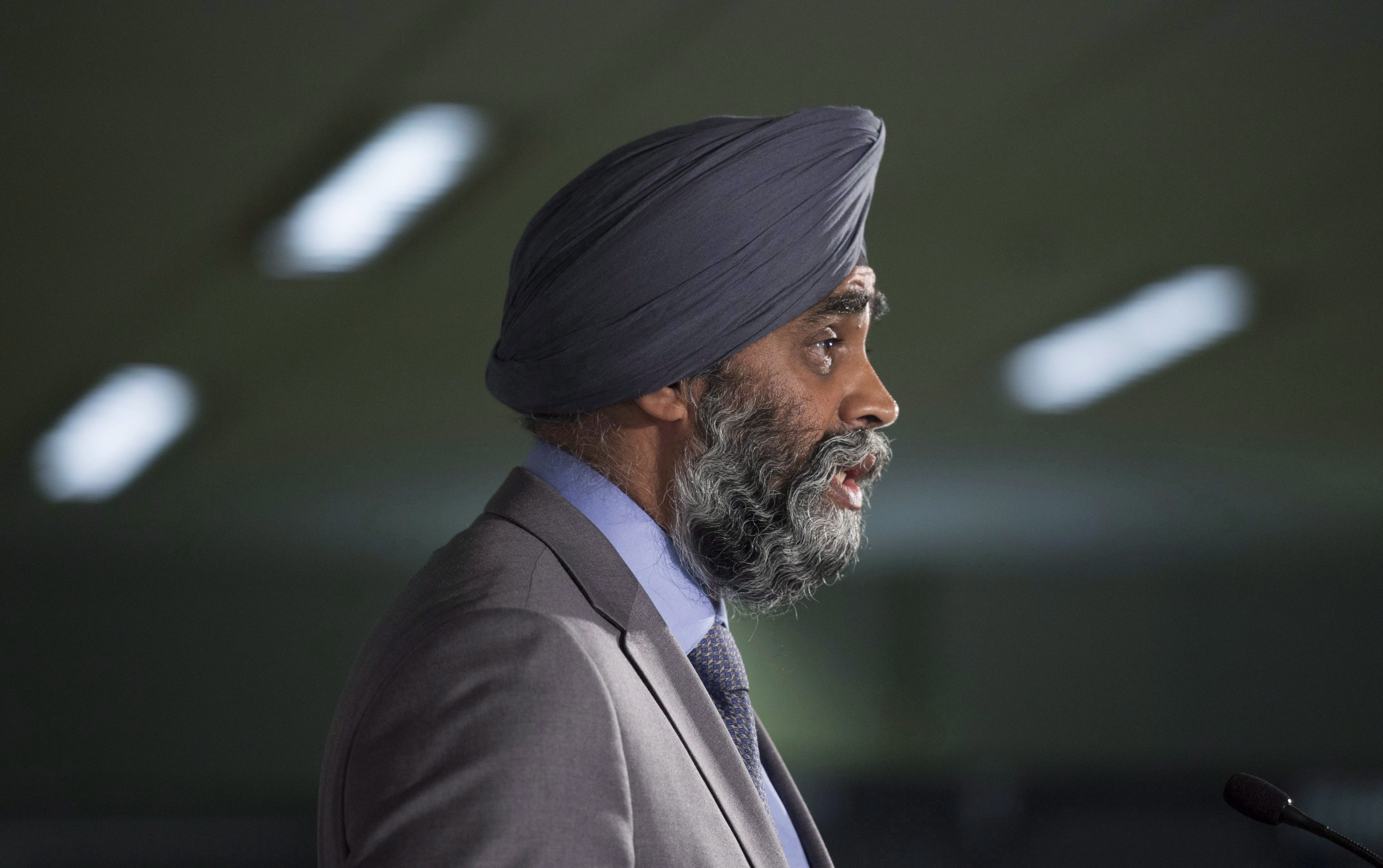 Minister of National Defence Minister Harjit Sajjan delivers a speech at the start of consultation with industry members in Ottawa, Wednesday July 6, 2016. THE CANADIAN PRESS/Adrian Wyld

OTTAWA – Defence Minister Harjit Sajjan says he has ordered officials to look at how Canada calculates military spending compared to other NATO members, to ensure all allies are comparing “apples to apples.”

“We have to be cognizant that different nations use a different formula,” Sajjan told the House of Commons defence committee on Thursday.

“So right now the deputy minister is working with our closest partners to look at exactly the formula that they were using so we can have a good comparison.”

The comments come as Canada and other NATO allies are facing pressure from the Trump administration in Washington to increase the amount they spend on their militaries.

While all NATO members agreed in 2014 to work towards spending two per cent of their gross domestic product, or GDP, on defence, only five have reached that goal.

Canada is not one of them, and is actually near the back of the pack. It currently spends less than one per cent of GDP on defence, which ranks it 23rd among 28 NATO members.

Sajjan would not say whether the government will actually roll in the spending on the coast guard or veterans programs like the U.S. and Britain, which would inch Canada closer to two per cent.

“But at the same time, we do need to look at what our closest allies are actually using so that we can then compare apples to apples in terms of that commitment,” he told The Canadian Press after the meeting.

Prime Minister Justin Trudeau appeared to all but dismiss the two per cent target during a visit to Germany last month, saying: “There are many ways of evaluating one’s contribution to NATO.”

That is the message the government has repeatedly delivered to Washington, emphasizing Canada’s military contributions to Latvia, Ukraine and Iraq in lieu of large spending increases.

Sajjan repeated it during and after his committee appearance, adding that the government would invest in what it believes the military needs to do its job rather than to meet a specific target.

“We are going to invest in defence and what we need for outputs,” he said. “That’s how we conduct a defence policy review. That’s what makes it credible.”

Defence analyst David Perry of the Canadian Global Affairs Institute said there is validity to the government’s argument that spending alone isn’t a good measure of a country’s contributions to NATO.

But the fact the government is reviewing the formula indicates it is at least a little concerned about how Canada compares to other NATO members, particularly given the messages coming out of Washington.

It is also another indication that the government is not planning to include any big injections of money into the military in the upcoming budget or its new defence policy, which is expected in the coming weeks.

“If they were about to unleash a big increase to the budget,” Perry said, “you’d kind of wonder whether or not they’d be going through the exercise of figuring out what to count.”