Politics Insider for Dec. 15: The first Canadian receives her first inoculation, the Speaker of the House reflects on a frantic year and where in the world will Trump escape prosecution? 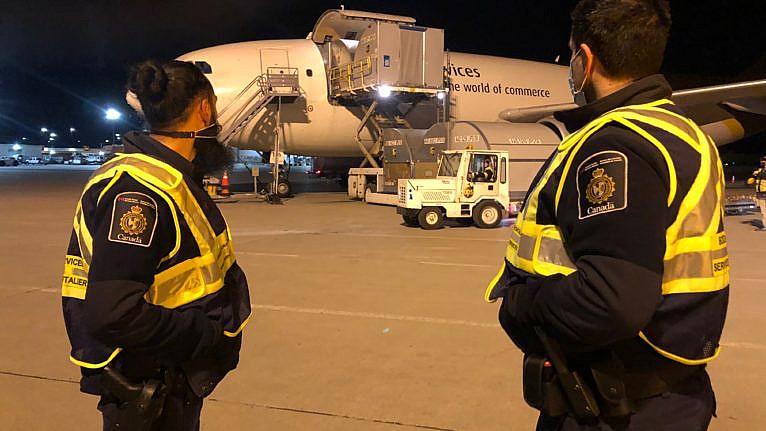 Yesterday, the first Canadian received a coronavirus vaccine. The photo of the day—maybe the year?—captured the moment that a personal support worker named Anita Quidangen received her first inoculation in Toronto. Just the night before, another set of images showing the vaccine’s arrival at Canadian airports were ubiquitous in their own right. Clearly, Canadians will closely follow every development, every first, every step closer to mass immunization.

Now that vaccines are on the way, everyone will have questions. Patricia Treble will answer as many as she can in a series we’re calling Vaxx Populi. The first question she’s tackling: Can I get the COVID-19 vaccine if I have allergies?

International Development Minister Karina Gould made her own vaccine announcement yesterday, in an attempt to outflank criticism that Canada is a hoarder of the stuff that treats the virus: $485 million to help developing countries fight the pandemic by procuring therapeutics and vaccines.

$1.58 per tree: The other Liberal announcement of the day came from Natural Resources Minister Seamus O’Regan, who recommitted to his government’s plan to plant two billion trees by 2030. The price tag will hit $3.16 billion, he said.

Journalists have spent months complaining about the glacial speed at which federal departments are responding to access-to-information requests that tell important stories about how the feds are governing—and hold them to account. Documents recently tabled in the House of Commons describe the level of dysfunction across the public service. Tory MP Karen Vecchio had asked every department to outline ATIP operations since March. So they did. Many of the biggest did not declare ATIP offices an essential service, often because remote workers couldn’t access required systems. National Defence stopped processing requests entirely between March 16 and June 1. Most departments are now back in full operations.

Where can Donald Trump avoid prison time? Shannon Gormley drew up a points system for the outgoing U.S. president, in case he ever needs to leave the country in a bid to duck prosecution. The winning country needed no extradition treaty with the U.S., friendly relations with Russia, and plentiful golf courses and garish buildings. Russia, which has solid relations with Russia, only scored 38.5/41. Gormley found one country with a perfect score. Here’s a teaser, with some necessary redactions:

Another Muslim country excused from Trump’s Muslim ban; another country with no extradition treaty with the United States; another tax haven. But it is only [insert winner] with which Trump recently signed a multi-billion-dollar weapons deal, just as he was losing a presidential election. [insert winner] is also becoming a closer strategic partner of Russia in the Middle East, as both generally share a similar assessment of the region’s popular democratic movements: they don’t like them.

“One long day with naps every once in a while”: The House of Commons won’t reconvene until January, which means Speaker Anthony Rota has a few weeks to catch his breath after a breakneck year—and recover from (successful) recent surgery on his thyroid. Your newsletter correspondent spoke to Rota at length about an extraordinary year in Parliament, his penchant for building his own computers, and why speaking four languages can come in handy. He also explained how the pandemic disrupted an annual parliamentary tradition in which the Speaker selects an official scotch. Spoiler alert: He did all the work.

It’s one of the questions I’m most often asked about. Normally, the members come in and we make an evening of it. They drop in and taste the different scotches, and vote on which one they want. When COVID started, I thought, well, we’ll wait. We put it off and put it off. Finally, people said they usually give them away as gifts at Christmas, so I made a major sacrifice. I had to taste them myself. I did choose a scotch, and it was just available on Monday, Dec. 7. It’s Aberlour, and it’s called A’bunadh.

Always be prepared: The House is adjourned until 2021, and a federal election is months away at the earliest. But Elections Canada will be ready. They’re in the process of buying all the fixings for a vote.

Tune in tonight! The last pre-holidays edition of Maclean’s Live with Paul Wells features Jagmeet Singh, the NDP leader and parliamentary kingmaker who’s forced the Liberal government’s hand in repeated showdowns throughout 2020. Watch the interview tonight at 7 p.m. (Singh, who was the first-ever Maclean’s Live guest in early 2018, is Wells’s second repeat customer. Alberta Premier Jason Kenney has also appeared twice: once in opposition and again as a pandemic premier.)