Canada to give UN $100M for Syrian refugee relief 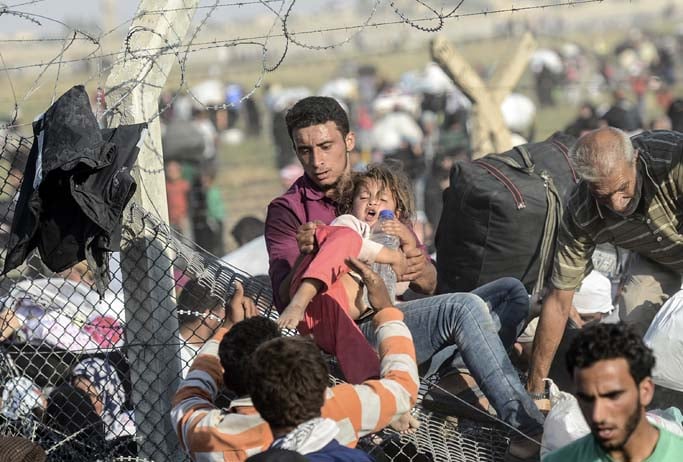 The UN refugee agency has only raised 45 per cent of the $4.5 billion it sought for 2015 to assist the 4.3 million refugees who have fled Syria for Lebanon, Turkey, Jordan and Iraq, according to its latest statistics.

Canada’s contribution, announced Thursday, fulfils a Liberal campaign promise from the federal election, a contribution that includes $10 million for the UN refugee agency to help it select eligible Syrians for settlement in Canada over the next few months.

“Canada is coming out very strongly, not only with this exceptional program of resettling the 25,000 Syrian refugees, but the financial support to UNHCR is absolutely crucial,” Furio de Angelis, the UN agency’s Ottawa representative, told The Canadian Press.

Government officials in the newly re-named Global Affairs Department acknowledged the vast international funding shortcoming, but said Canada was doing its part because it was still among the top 10 international donors.

“That’s why this money is so important,” said one official, who briefed journalists on the condition of anonymity.

International Development Minister Marie-Claude Bibeau said the government will move quickly to disburse the funds that it has already announced, but was noncommittal about whether more might be pledged in the future.

“Our officials are in constant discussions with UNHCR and we will make sure that they will get the money as soon as they need it,” she said.

“It will be a quick release.”

The government also said it is honouring a commitment made by the previous Conservative government to match donations by Canadians to the international relief efforts. People have until Dec. 31 to make donations, which will be matched to a ceiling of $100 million, officials said.

“Those funds will be matched to where those needs are greatest. If an organization raises a dollar, it might not be that organization that needs another dollar to respond based on their position in the field and the services they deliver,” said a department official.

UN staff in Jordan, Lebanon and Turkey are working tirelessly to help select the 15,000 Syrians who will be brought to Canada by the end of February directly by the government.

Foreign Affairs Minister Stephane Dion said Canada has received a positive reaction from most of those countries, as well as requests to take more refugees.

“If you add up all the requests, it will be much more than 25,000,” Dion said after arriving in Malta for the Commonwealth summit.

Dion noted the strain on Lebanon, which has a population of 4.5 million and has absorbed more than a million refugees.

“So we are certainly able to welcome 25,000 human beings in the coming weeks and to welcome them well.”

In an email Thursday, Citizenship and Immigration said Minister John McCallum put the number of permanent residence visas that have been processed for Syrian refugees at just over 900, but said that in some cases exit visas have not been obtained.

It said McCallum said likely the first group will travel to Canada on a Canadian Air Force plane and the government will also look into the option of leased planes thereafter, but that logistics are still being finalized.

The government is also giving the UN money to help deal more broadly with the effect of the Syrian crisis in neighbour countries which have taken in refugees.

“We know that Syrian refugees are cutting on meals, taking on debt to meet their basic daily needs and risking their lives to leave Syria,” said Bibeau.

“This funding to UNHCR will help to make these decisions a little less difficult by helping to meet basic needs.”

Thursday’s announcement brings to $969 million the total amount of humanitarian assistance from Canada in response to the Syrian crisis.

— With files from Colin Perkel in Hamilton, Ont. and Bruce Cheadle in Valletta, Malta