Canada's House of Commons doesn't need to be modernized

Every time we insist on modernizing our democratic processes to make them “more democratic,” we just wind up making things worse 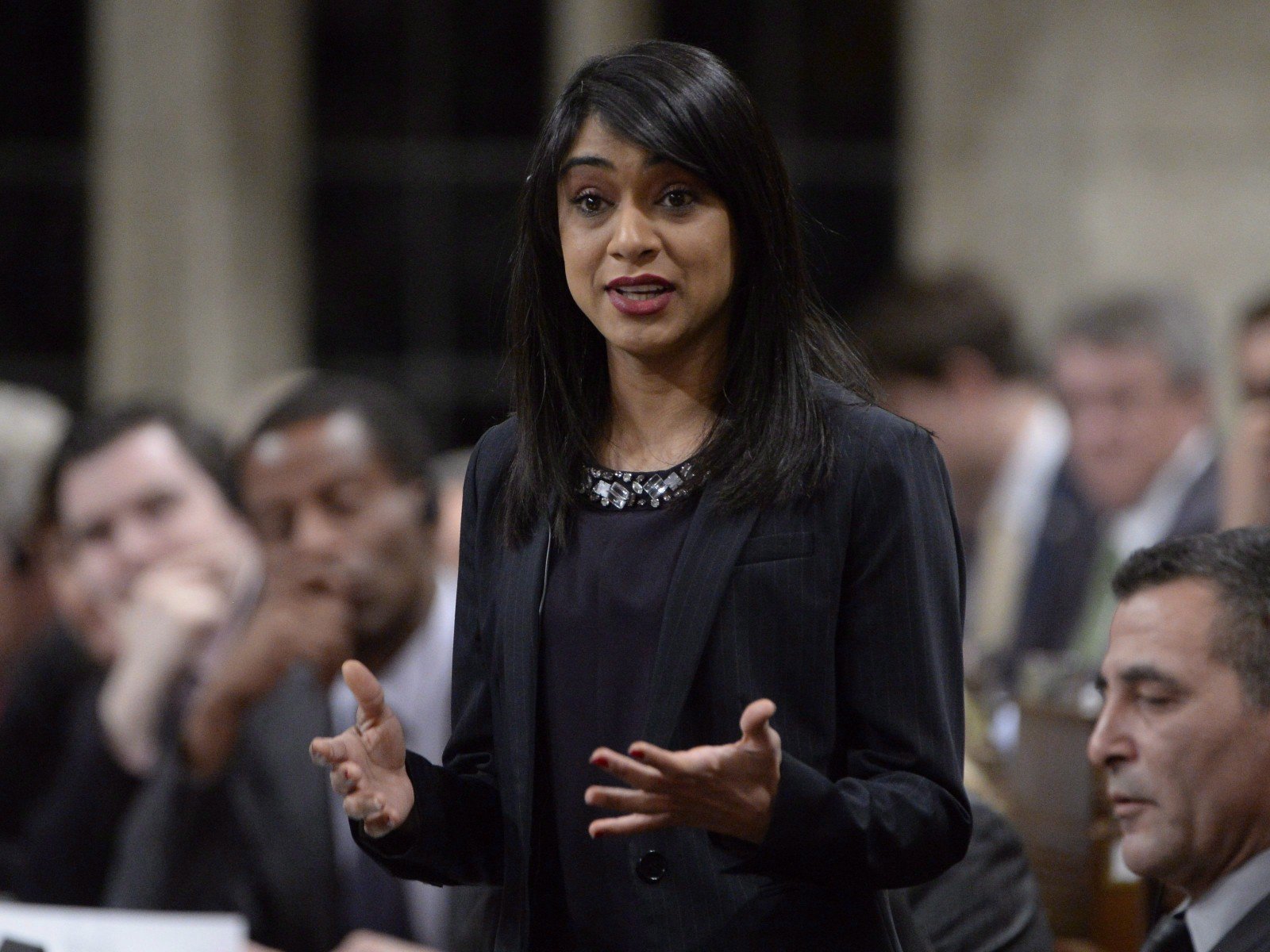 Bardish Chagger answers a question during Question Period in the House of Commons on Parliament Hill in Ottawa, on Tuesday, Feb.23, 2016. THE CANADIAN PRESS/Adrian Wyld

Tempers have flared in the House of Commons all week over the Government House Leader’s discussion paper on ways to modernize the rules that govern how MPs work in the House, from sitting days to time allocation of debate. It’s all led to calls from the Conservatives and the NDP that Prime Minister Justin Trudeau’s “admiration for the basic dictatorship of China” has led to his trying to exert dictatorial control over Canada’s democracy.

“During the election campaign, we vowed to modernize Parliament and turn it into a 21st-century workplace,” Bardish Chagger told the Commons in QP on Wednesday, trying to assuage the tempest. “Our objective has always been to ensure that Parliament is relevant to Canadians and that the House is accountable, predictable, efficient, and transparent.”

The proposals—things like either extending the current half-day Friday sittings to either a full day or to reapportion the hours elsewhere and treat it as a constituency day, creating a U.K.-style Prime Minister’s Questions once a week to answer all questions for the hour, managing the Commons calendar with scheduling motions, and limiting speaking times in committees—are being met with howling denunciations and assertions that the procedural moves that Liberal MPs made at the Procedure and House Affairs committee to rush the discussion, are little more than the Liberals trying to kill democracy.

Apparently, irony is dead. In my nearly nine years of covering federal politics, this is probably the sixth or seventh time that MPs have declared that the government is trying to kill democracy, whichever party happens to be in government at the time. Never mind how many times the Conservatives used their majority to run roughshod over the opposition or push through changes to Canadian democratic systems with no consensus (recall, if you will, the Fair Elections Act).And never mind that by the end of his mandate, we were lucky if Stephen Harper showed up to QP once a week (which I didn’t hear any Conservatives complaining about at the time). The Liberals’ attempts to “modernize” the House of Commons is apparently different.

But let’s start here: everyone needs to calm down. Even if these changes are rammed through, it won’t be the end of democracy. The U.K. uses PMQs and scheduling motions, and they’re still a functional democracy (most of the time), and committees would still have procedural tools to frustrate the government if need be. But we do also need to get the government to start walking back from some of their underlying assumptions about the need for these changes.

In Canada, every time we insist on modernizing our democratic processes to make them “more democratic,” we just wind up making things worse. Opening up party leadership selection to members rather than keeping it to the caucus helped give rise to autocratic leaders with centralized power that sapped autonomy from MPs. Cameras in the House of Commons, while giving a needed window into the proceedings for Canadians, have also degraded the proceedings from actual debate to creating a buffet of media clips that MPs would mug for those cameras to create. Ending evening sittings in a bid to be “family friendly” had a corrosive effect on collegiality among MPs since they no longer ate dinner together three nights a week in the Parliamentary Restaurant. Message discipline has turned what’s left of debates into a stream of scripted talking points and speeches being read into the record with no actual engagement on substance. Modernization, by and large, hasn’t worked.

Meanwhile, the insistence that MPs have more important things to do in their ridings is a toxic fallacy that we need to start countering. Sure, we want MPs to hear from constituents and engage with them, but they have jobs to do in Ottawa that they seem to increasingly feel are less important than helping constituents with immigration forms or glad-handing at local shopping centres. They weren’t elected to be social workers. Meanwhile, the actual Westminster-democracy jobs of MPs—of holding government to account through things like the Estimates process—have virtually atrophied, and the heavy lifting has been fobbed off onto the Senate and the Parliamentary Budget Officer. We don’t need to give MPs more excuses to avoid Ottawa, or the jobs that they were actually elected to do.

Yes, Chagger is frustrated that she’s having difficulty scheduling debates, and all parties share blame when it comes to not moving business along in a timely manner (especially certain opposition parties that won’t let debate collapse naturally like it should), but Parliament is not there to serve the government’s needs. It has no obligation to pass government legislation. It’s there to hold it to account. And that’s really why instead of looking for ways to “modernize” the institution, we should really be looking at restoring the way it’s supposed to operate.

Real reform of Parliament is going to mean undoing many of the changes we’ve seen to date. While I wouldn’t propose taking out the cameras, we need to empower the Speaker to better police debates so that we see actual debates, rather than MPs reading speeches into the void, or for the obvious goal of media-clip generation. Part of that means doing away with speaking lists both in debate and in Question Period, in the hopes that MPs competing to get the Speaker’s attention will allow conversations on the issues to actually flow, rather than simply delivering the approved message track. We need MPs to get rid of their scripts and engage with their work, rather than merely read the approved talking points handed to them by their leaders’ offices. We need MPs to do the hard work of fiscal accountability—the kind of work that happens mostly in Ottawa, not in their ridings.

If we could get MPs to start treating Parliament in the manner that it was intended, as a place for serious debate and in holding the government to account, that would ensure that Parliament is relevant, accountable and transparent—and that won’t happen with Chagger’s proposals.

Dale Smith is a freelance journalist in the Parliamentary Press Gallery, and author of The Unbroken Machine: Canada’s Democracy in Action.