Ginette Petitpas Taylor offers few details on how her government will fight back against the public-health crisis, but she pledges to work with provinces on the front lines 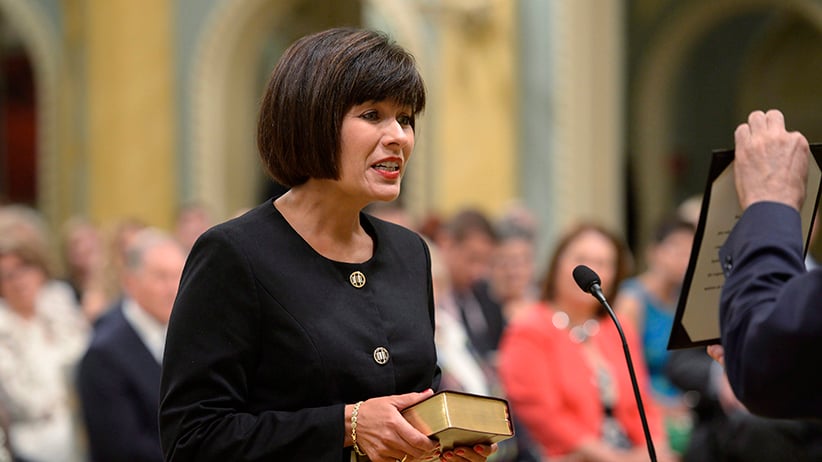 In an interview with Maclean’s that constituted some of her first remarks about her new portfolio, Ginette Petitpas Taylor said one of her first acts as health minister was to visit a supervised consumption site in Kelowna, B.C. The overdose crisis is “an issue that is near and dear to my heart, having worked with victims of crime and many individuals that suffer from addictions,” Petitpas Taylor said.

“I certainly see how this could be devastating, to individuals, to communities and to families. And the collateral damage is huge. And we are seeing the numbers right now—in Kelowna and in other parts of the country. So it’s certainly something that we’re going to have to tackle.”

RELATED: These are the provinces where the opioid crisis is most severe

Public health officials have scrambled to get on top of the opioid crisis, as fentanyl and other synthetic opioids have contributed to fast increases in the number of drug overdoses in Canada. Health Canada reports 2,458 apparent opioid-related deaths in 2016. It’s a staggering toll. Bu contrast, in 2003, the SARS outbreak in Canada, which led to a crisis atmosphere and daily briefings by provincial officials in Ontario, caused 44 deaths.

Petitpas Taylor, whose background includes work in addictions and mental health in her native New Brunswick, said she’s already focusing on the opioid crisis as a priority. “As days and months go on, we are certainly seeing the numbers increase. We compare it to last year, we’re seeing that there’s more overdoses and more deaths. So it’s certainly a public-health crisis. And we’re going to have to treat it as such.”

But she stopped short of calling opioids a national public-health emergency, something British Columbia did a year ago and that experts and opposition MPs have called for at the federal level. “I would definitely say that it’s a public-health crisis right now,” she said, but declined the stronger language.

And while she called for “more empathy and more compassion” for drug users, she also resisted the notion of decriminalizing drug use.

“No. No. Our Prime Minister has been very clear when it comes to this issue, and we are not looking at the issue of decriminalizing it at all.”

Some, including Sen. Vern White, a former Ottawa chief of police, have called for “drug replacement therapy,” which would entail offering pharmaceutical drugs to anyone who shows up at a supervised consumption site. The goal would be to ensure that addicts don’t spend their day breaking the law to obtain their drugs. It’s another notion the new federal minister rejects, as did her predecessor Jane Philpott.

“My mandate is really looking at addressing the opioid crisis that’s going on nationally,” Petitpas Taylor said. “And our Prime Minister has been very clear with respect to our position with respect to legalizing. And the hard answer right now is ‘No’ on that.”

So what can the Trudeau government do against opioids that hasn’t been tried? “I guess what we really have to also highlight is what he have done so far,” she said.

“A significant investment has been made to deal with the issue of the opioid crisis. Over $100 million has been put forward, put aside to deal with the issue. So we can’t overlook that. Also, ensuring that Naloxone is readily available to individuals as well. That is something that we need to make sure people are aware of. Is there still work that can be done? Absolutely. And again, for me my priority is speaking with my provincial and territorial partners to see what’s happening on the ground for them.”