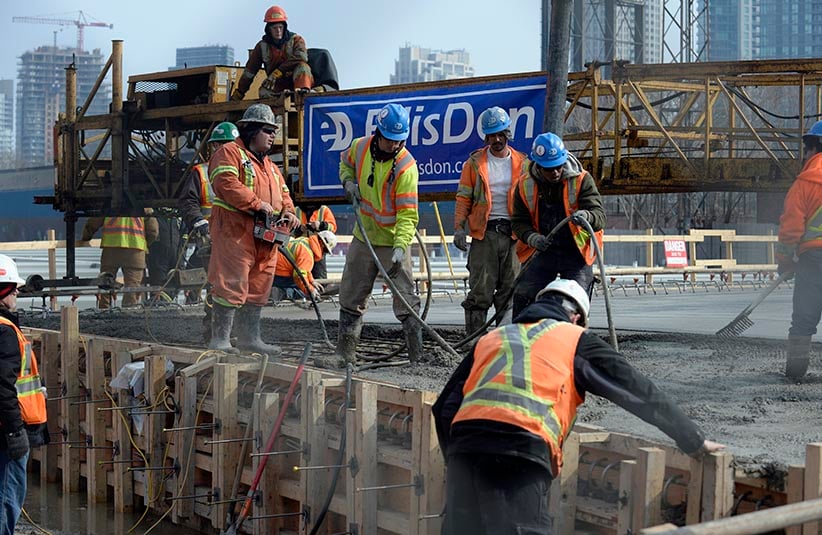 Two years after the 2008 financial collapse, in the mad scramble to find a way back to previous levels of growth and prosperity, an elite group of economists gathered in Washington to hear the good word from the well-known finance whiz Mohamed El-Erian. Instead of optimism, however, El-Erian delivered a sobering, and, as it turned out, accurate view. There is no way back, he argued, only an “uneven journey and a new destination.” He called this the “new normal.”

We’ve been on the uneven journey ever since. Nothing affirmed this more than Tuesday’s fall economic update from Finance Minister Bill Morneau. While many expected a new, game-changing policy to stimulate growth—he’s already tripled the deficit forecast without moving the economic needle—that was always fantasy. Instead, the headline was the announcement of an extra $81 billion investment over the next 11 years in infrastructure. The deficits will grow, of course, but nothing will have an immediate effect.

The update laid bare the Liberal’s gravest problem: reconciling Morneau’s modest economic expectations with Justin Trudeau’s massive political expectations. The new normal doesn’t allow for both. It’s the kind of gap that can swallow a government.

MORE: Why is McKinsey & Co. helping Ottawa, for free?

Morneau followed the advice of his X-Men economic advisory council: he created a program to increase direct foreign investment, established a $35-billion dollar infrastructure bank and lifted immigration to 300,000 people. Beneath these long-term strategies, he is still struggling to answer the question of elusive growth El-Erian once asked: “Why have outcomes consistently fallen short of expectations, and what are the implications?”

“Weak growth rates and an elevated unemployment rate will drift higher unless growth increases,” says Page, as he assessed the short-term challenges. “Some of this is the impact of weak oil prices on production and incomes, but there is lots of slack in manufacturing and construction.”

Macdonald believes the collapse of oil prices has been the killer, but his eye is on housing. “The highly leveraged housing market will be our undoing unless we can slowly wind it down,” he says. “I’m not hopeful, given the important contribution household debt is making to GDP. Its removal would send shockwaves through the economy.”

But if housing is a problem, Lee believes demographics is the greatest danger. “The biggest challenge is the aging of the population, which is permanently slowing GDP growth, and the concomitant explosion in health care costs that will require private delivery of health care within the single-payer model of publicly funded health care.”

Okay, so Lee already is pitching solutions, some of which will play out as health ministers tangle over a new health accord in the weeks ahead. Morneau has other short-term stimulus options, like greenlighting the Kinder Morgan pipeline in the next month. In exchange for growth, the Liberals will likely have to absorb a political hit from environmentalists and those on the left whom they wooed with promises of combating climate change.

But for Page, there are no magic bullets, just nudges toward growth. “There’s lots of literature on economic multipliers—tax cuts, increases in assistance for lower-income people, new infrastructure spending, rate cuts etc.—but the best short-term stimulus may be a boost to investor and consumer confidence,” he says, which is exactly what the update was all about. Until we see the next budget, though, it’s hard to build any solid confidence.

In the long term, the challenges of the uncertain journey remain the same. “Can we build an innovation economy?” asks Page. “Can we facilitate inevitable adjustments related to aging demographics, energy, health care, income disparities? The task for the government is to navigate short-term risks—oil, high household debt, housing—while focusing on longer term issues.”

Macdonald is skeptical of the Liberals’ long-term plan, especially the hazy details around the infrastructure bank. If municipalities can borrow at the same low rates as Ottawa, saving them two percentage points, he likes the idea. But he doesn’t believe that’s on the table. “What’s being discussed is along the public-private partnership route, where instead of paying roughly 2.5 per cent on municipal bonds like cities do now, cities would pay seven to nine per cent in returns to private consortium members,” he says. “This will increase costs for cities, not decrease them.” The details matter, and guess what? They are not available yet.

Macdonald also argues an increase in economic class immigration might be beneficial, but in his view a path to citizenship for temporary foreign workers is more helpful to business in the short term. Lee disagrees. “Canada must reduce the amount of family immigration while increasing economic integration,” he says, adding they must speak English or French, possess post-secondary education and be under the age of 35.

No mention of Canadian values—so prominent in the Conservative leadership campaign—but Lee does mirror libertarian candidate Maxime Bernier on protectionism. “Increasing foreign direct investment requires restrictions on foreign ownership of telecom or airlines or banks to be removed,” he says. Don’t expect the Liberals to do that.

This is all part of the new normal. But there is a silver lining. Slow growth stimulates new ideas. For two parties looking for leaders, this is their best hope. For the government, which is trying to get people on board their big red train, they have to mind the expectation gap.