Canadian politics in 2018: The year in 12 chapters 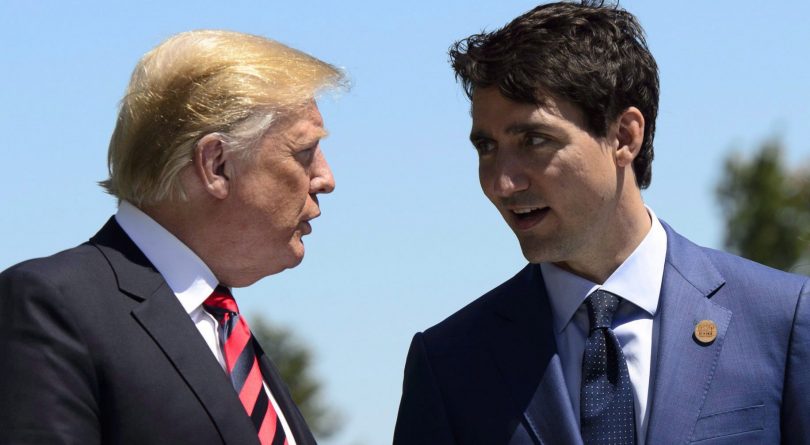 Of the dozen countries Prime Minister Justin Trudeau visited overseas in 2018, how many can you name? What, only India? Odd that nobody seems to recall his jaunts to Peru or Argentina, Latvia or Papua New Guinea. Yet quite a few of us can fake our way through the entire “Twelve Days of Christmas.” Memory is a funny thing.

Speaking of 12, that happens also to be the number of hours Conservative MPs held up parliamentary business last June, by keeping the House voting on sundry motions, as their way of protesting the Liberals’ refusal to release detailed estimates of the cost of a carbon tax. But let’s not dwell on disputation in this festive season—not even to recall the 12 FBI audio recordings, from Michael Cohen’s home, office and hotel room, that helped U.S. prosecutors send Donald Trump’s former personal lawyer to jail for three years.

While this annual review of Canadian federal politics leans heavily on the evocative 12—the traditional tally of Jesus’s apostles and Israel’s tribes—it’s only as a way to put a firm lid on the number of stories selected to tell the tale of federal politics in 2018. Here they are, just one from each month of the calendar about to go into the recycling bin:

January: We added the word “attestation” to our political lexicon

As 2018 began with the Trudeau government embroiled in a bitter fight with faith-based groups, angry over, of all things, a new application form for federal summer jobs funding. To qualify, applicants were asked to “attest” that their “core mandate” respected certain rights—specifically including “reproductive rights.”

Catholic and evangelical lobbies that oppose abortion protested. And, late in the year, the Liberals relented, dropping the reviled “attestation” requirement. Still, the furor left little doubt about the gap between this government and Canadians who don’t self-identify as “progressive.”

February: We saw that clothes also sometimes unmake the man

Nobody can deny Trudeau wears suits well. Yet even for him there’s a limit, and he exceeded it repeatedly in his lastingly notorious February trip to India. Opting for a series of celebratory Indian outfits, Trudeau looked plain silly. To make matters worse, Jaspar Atwal, a B.C. man convicted of trying to murder an Indian cabinet minister in 1986, had to be uninvited from events on Trudeau’s official Indian itinerary.

Tories still raise the trip at every opportunity. For them, at least, it stands as evidence that Trudeau’s most serious vulnerability might be doubts about his seriousness.

March: We heard a plea to make room for complexity in politics

By winning the NDP leadership in late 2017, Jagmeet Singh jumped from Ontario politics to the national stage as the first member of a visible minority group to head a federal party. And in March, his Sikh roots became a big issue. Asked why he participated in Sikh activist meetings where pictures of militant leaders were on show, Singh rejected terrorism, but asked Canadians to see the complexity in India’s history.

He struggled, too, with managing the NDP caucus from outside parliament. From last spring on, Singh’s year was uneven at best—leaving him a steep climb in 2019.

April: We noticed that new guy taking a thorny issue to court

Not many Canadians had heard of Scott Moe in early 2018 when he took over from Brad Wall as premier of Saskatchewan and leader of the right-of-centre Saskatchewan Party. Only a few more paid attention when, in April, Moe went to court to contest the federal Liberal government’s plan to impose a carbon tax on any province that didn’t implement one of its own.

He was often overshadowed by allies like Ontario Premier Doug Ford or Alberta Conservative Leader Jason Kenney, but Moe opened a key front in the battle that could largely define Canadian politics in 2019.

May: We tried to estimate how much credibility $4.5 billion buys

The federal government’s purchase of Kinder Morgan’s Trans Mountain pipeline for $4.5-billion made Trudeau directly responsible for completing the much-delayed tripling of Trans Mountain’s capacity for getting Albertan oil to a tanker port just up the coast from Vancouver. Trudeau’s grand bargain: a national-wide carbon price to cut greenhouse gas emissions, but, during a transition to the promised low-carbon economy, a serious push to sell more of Alberta’s bitumen overseas. It’s a tricky, controversial policy—and a pillar of the Liberals’ 2019 re-election pitch.

June: We watched Trump give Trudeau a (quite unintentional) boost

This year’s summit of the Group of Seven leading democratic economic nations, held at Charlevoix, Que., ended with the U.S. president throwing a tantrum about the Canadian Prime Minister on Twitter. Trump didn’t like Trudeau saying Canada “will not be pushed around” by American tariffs on steel and aluminum.

The upshot? Trudeau had what Liberal insiders later said was his best week in the polls. The lesson? Most Canadians really despise Trump. It was a cautionary moment for any Canadian Conservative tempted to tap into Trumpian populism on this side of border.

July: We noted how timely cabinet changes can clarify what matters

When a prime minister switches up his cabinet, the moment is often assessed as though politics were a volume business. Not many changes, can’t be too important, right? But consider Trudeau’s July shuffle.  He gave Dominic LeBlanc, his lifelong friend, Intergovernmental Affairs. Bill Blair, the former Toronto police chief, got the new Border Security portfolio. Thus, LeBlanc would have to  finesse Trudeau’s increasingly tense relationship with the provinces, and Blair handle the border-crossing migrant issue, which Tories say constitutes a “crisis.” And that’s how this small shuffle directed our attention precisely where it needed to be.

August: We asked how populist a Tory needs to sound in the Age of Trump

Conservative Leader Andrew Scheer went into his party’s big policy convention in Halifax having to react to news that Quebec MP Maxime Bernier was leaving the Tory fold. Bernier would go on to launch his People’s Party of Canada, bidding for support from Canadian right-wingers feeling the global populist vibe.

How dangerous is that for Scheer? In Halifax, his national campaign manager, Hamish Marshall, urged Conservatives not to lapse into arguments about “ideological purity and who’s more virtuous or not.”  Still, Bernier’s potential drain on support will test Scheer in 2019.

September: We were, as usual, suckers for a good nail-biting finale

Even though trade talks always seem to go down to the wire, the drama is hard to resist. So it was with the renegotiation of NAFTA, which finally resulted in a deal late on Sept. 30, with a midnight deadline imposed by Trump’s White House bearing down on the Canadian government.

October: We cracked stoner jokes about a watershed moment in law

When the federal Cannabis Act took effect on Oct. 17, officially making pot legal across Canada, there was a lot of kidding around. International media treated the story light-heartedly, too. But this was a serious social turning point—and the culmination of the very first major policy goal Trudeau set out when he was only seeking the Liberal leadership.

Of course, there were problems. Too little legal supply. Early uncertainty about what’s allowed when it comes to promoting weed. But, with many other Trudeau policy initiatives in question, this was an ambitious one that came fully to fruition.

When Canadians think of Trump’s impact, it’s usually to marvel at the heat of his invective and depth of his dishonesty.  In at least one way, though, his challenge to Canada is pure policy: he cut U.S. corporate taxes sharply. Business lobbyists urged the Canadian government to follow suit. In response, Finance Minister Bill Morneau announced, not sweeping tax relief, but three targeted breaks allowing companies to write off capital investments more quickly. The implicit bet: a more cautious approach from Ottawa will stand the test of time better than Trump’s expensive stimulus, which is what’s heating up the U.S. economy.

December: We caught, just out the corner of our eye, a meeting in Poland

Despite another year of increasingly intense forest fires and weirdly violent weather, the full reality of climate change never quite seems to sink in. The latest Intergovernmental Panel on Climate Change report urged much greater efforts to cut fossil-fuel burning in half in less than 15 years, and phase them out almost entirely in 30 years. In December, UN talks in Poland nudged the world closer to real action, with Environment Minister Catherine McKenna representing Canada.

“We’re running out of time,” UN Secretary General Antonio Guterres told the meeting Katowice, a coal-mining town. But are Canadians seized with the urgency of the planet’s biggest problem? With climate-change policy looking likely to dominate the 2019 federal election, we’re about to find out.

There’s something about the 12 months before an election year. For some, it’s a welling sense of anticipation and pressing need for preparation. For others, alas, there’s only trepidation. But, for the luckiest among us, the end of the year affords glorious moments of freedom. If you absolutely can’t stop yourself, use yours to look back and compare 2018’s 12 chapters with our editions from  2017, 2016, 2015, 2014, 2013, 2012, 2011 and 2010. A more wise choice, however, given what 2019 has in store, would be to exploit every remaining opportunity to rest up.