Canadians are primed for some Trump-style populism 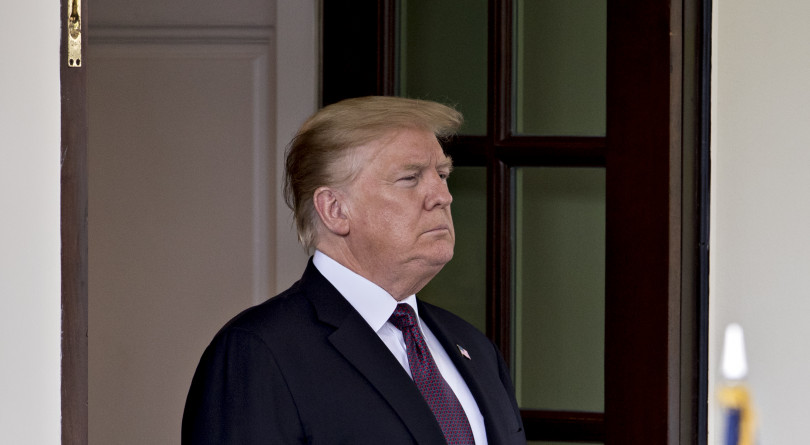 Trump waits to greet Hungary's prime minister at the White House in Washington, D.C., on May 13, 2019. (Andrew Harrer/Bloomberg /Getty Images)

Half of Canadian voters hold opinions that might make populism appealing to them, a new poll from Earnscliffe Strategy Group shows, and while Canadian populists lean distinctly to the right, they are not alienated outsiders but rather highly motivated politics watchers.

In the report, the lobbying firm cautions that “in order to avoid unnecessary hysteria,” it’s important to keep in mind that populism doesn’t belong to the left or right, it isn’t inherently good or bad and the negative connotations associated with it at the moment (Donald Trump, Brexit, the rise of strongmen in Brazil, Hungary and the Philippines) are not always present.

“Populism isn’t a person, it’s not even a political party; it’s a political approach,” says Allan Gregg, a principal with Earnscliffe. “And it’s aimed at the elites as the target, and the audience for the message are people who clearly believe they are not being represented by those. That can come from the left or it can come from the right, but it’s overwhelming in these data that to the extent that it manifests itself in Canada, it is a right-of-centre phenomenon.”

For the report, Earnscliffe went with the Oxford Dictionary definition of populism, which is “a political approach that strives to appeal to ordinary people who feel their concerns are disregarded by established elite groups.”

The report finds that exactly half of Canadian voters hold attitudes that make them open to populism, including one-quarter who go even further to embrace the views that allow populism to flourish. “For populism and populists to find support, there needs to be an environment of distrust in politicians and institutions, a feeling that government serves interests other than those of ‘the people,’ a sense of frustration over the direction of government and a sense of fear of being ‘left behind’ in a changing world,” the report says.

READ MORE: Joe Biden is no Donald Trump—and in Steeltown that works for him

The shape of this poll was inspired by Gregg watching the 2016 U.S. presidential election play out. While the shorthand for Trump’s supporters hinged heavily on an older, white hillbilly stereotype, when Gregg looked at the exit polls, the real dividing line between Trump voters and those who supported Hillary Clinton wasn’t demographics, but the answer to whether they believed the best years for the United States were ahead or behind: Trump voters were looking back and Clinton voters were looking over the next horizon.

In examining the Canadian electorate now, just a few months out from the federal election, Gregg finds similar sentiments underpinning populism in this country. “This is a very different kind of populism,” he says. “Old populism—Teddy Roosevelt populism or Tommy Douglas populism—was utopian. We could make the world better. This kind of populism that we’re seeing now is about nostalgia, it’s ‘We want to make the world like it used to be,’ there’s a hearkening back.”

In order to measure those sentiments, poll respondents were asked whether they agreed with seven statements that suggest a worldview ripe for populist appeal. Agreement with notions like “On the whole, Canada is changing in ways that I don’t like,” “Federal Members of Parliament don’t represent people like me” and “The main news outlets are too biased for me” suggest a populist mindset, while disagreement with statements like “The federal government cares enough about people like me” and “Governments generally do a good job of serving the public interest” signals the same.

Respondents were then assigned a rating of 0 to 7, based on how many populist attitudes they held. Using those numeric ratings, the report breaks the population down into four broad attitude groups, which ended up being nearly equal in size: those who fully embrace populism (25 per cent), people open to it (25 per cent), those wary of it (30 per cent) and those opposed to it (20 per cent).

The report is based on an online survey of 2,427 eligible Canadian voters conducted in January and February 2019, and because of the methodology, the poll results do not have a margin of error.

Examining the other beliefs of those groups, it becomes apparent that “populism is fuelled by an unhappiness with the direction that society is headed in and particularly as it is being directed by government,” with 66 per cent of those who embrace populism saying Canada is on the wrong track, compared to 16 per cent who see it on the right track. Those proportions are almost exactly reversed (14 per cent vs. 61 per cent, respectively) for the group that opposes populism.

“Once you get into a zero-sum society, where I’m falling behind, you’re standing still and my neighbour is getting ahead, now their success is a direct threat to me,” Gregg says. “This is where the polarization makes so much political sense, because if my guys are the ones falling behind, all I have to do is attack the guys who are moving forward—or not just the ones who are moving forward, but those who may be believed to be holding me back or making me fall behind.”

There are ways political parties could respond to those anxieties without scapegoating other groups or simply paying lip service to “the middle class and those working hard to join it,” Gregg says. But those policies would have to be serious, meat-on-the-bones measures that would create a real safety net for struggling people, like a guaranteed income supplement, lifelong job training or tuition forgiveness.

“There’s a whole basket of initiatives that those who are feeling left behind could gravitate to, that wouldn’t necessarily be dark but would be very much aimed at understanding their plight in more than just rhetorical terms,” he says.

Interestingly, Earnscliffe does not find populists to be “marginalized, alienated bystanders”—in fact quite the opposite. They follow the news more closely than those who are less aligned with populist views and are slightly more likely to vote. In demographic terms, populist sentiment is higher on the Prairies and slightly elevated among men and middle-aged voters.

“So carbon tax becomes a bludgeon for the right to beat the left,” Gregg says.”You can see why Doug Ford and Jason Kenney and Premier Moe and all of these guys are piling on. They say ‘Our guys are motivated by this issue to be against it; their guys aren’t motivated to be for it: win-win.'”

But there is one commonality across the populist spectrum: no matter the degree to which they embrace this punching-upward, anti-elite message or reject it, more than two-thirds of voters in every camp disagree with the statement “It doesn’t matter to me who wins the election and forms the next government.”

Whatever their populist appetite, it seems no one in Canada is blasé about the outcome in October.