Politics Insider for Sept. 6: The NDP-Green thump-a-thon continues, China and Trudeau retread old territory and pipelines and climate fixes are top of mind 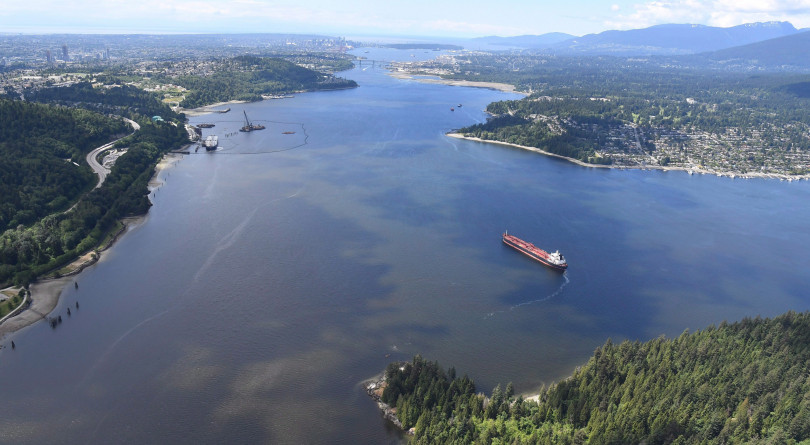 Did they stay or did they go? And so continues the undoing of Elizabeth May‘s Green coup. Six of the 14 New Brunswick provincial NDP candidates whose names appeared on a stunning letter released on Tuesday declaring their support for the federal Green Party over Jagmeet Singh‘s NDP now say they never abandoned the S.S. NDP in the first place. Francis Duguay, one of the candidates, told the CBC, “I’m shocked because it was done without my knowledge.” Singh seized on the revelation: “The Green Party wasn’t as accurate with their information as folks would have liked them to be. It turns out that some of their information was not true. I think, really, (federal Green Party Leader Elizabeth) May has a lot to answer for.” (CBC News)

How did the Greens, whose provincial leader took part in the initial Tuesday announcement, get their wires so crossed? Apparently Joyce Richardson, a former provincial NDP candidate who contacted several of the individuals named in the letter, left the impression that Tuesday’s announcement would be about merging the provincial NDP and Green parties, not about them endorsing May over Singh. By the time her son Jonathan Richardson, a former federal NDP executive who led the party-crossing, claimed that some potential NDP candidates for this fall’s election were iffy about the idea of running under a federal leader in a turban, May’s victory was already backfiring, prompting her to rush out a press release Wednesday denouncing racism.

Or maybe those candidates who were going to quit the NDP for the Greens and then stayed with the NDP actually did want to leave for the Greens after all but were “strong-armed” to stay —  at least that’s May’s latest volley in the mud-slinging match for third place, which you have to admit has provided far more drama than the actual race for first. (CBC News)

Over to you: What question would you like to ask Canada’s federal leaders next week? On Sept. 12 Maclean’s and CityNews will host the first leaders’ debate starting at 8 p.m. EDT. Go to Macleans.ca and submit your question, which may be put to the leaders in the debate. As of today the leaders of the Conservatives, NDP and Green parties have all confirmed their attendance. On Thursday a spokesperson for Prime Minister Justin Trudeau released a statement saying the Prime Minister will take part in both debates organized by the Leaders’ Debates Commission. “The Commission was established after the last election where the governing party tried to game the system and make sure the fewest number of Canadians engaged in the debates,” said Daniel Lauzon, director of communications and policy, in the statement. “We think that’s wrong. The Commission debates will be widely distributed on television, radio, digital and social streaming platforms and reach the largest possible audience.” In a statement initially announcing the Maclean’s debate, which will air on Citytv (as well as OMNI and CPAC, in a total of five languages) and be streamed on Macleans.ca, Facebook and Twitter, and carried by the Rogers radio network, debate moderator Paul Wells said “I have interviewed all four of the party leaders we’ve invited, one-on-one, for the Maclean’s In Conversation series in the last year and a half. I’m looking forward to welcoming them again at our debate. If three show up, that’s enough. If four do, so much the better.” (Maclean’s)

Well that didn’t last long: If Trudeau hoped that by appointing a new ambassador to China who had spent years rubbing shoulders with China’s economic elites would help smooth relations with Beijing, it appears he miscalculated. Dominic Barton, Trudeau’s former economic advisor who previously worked as managing director of global consulting firm McKinsey & Co. was named to the post Wednesday with the hope that he could encourage China to release two detained Canadians and lift its blockades of Canadian agricultural goods. But China’s response remains the same as it was before: “Relations between China and Canada have encountered serious difficulties, and the responsibility lies entirely with the Canadian side,” said the country’s foreign ministry spokesman Geng Shuang. He also said Canada needs to “reflect on its mistakes” and free Meng Wanzhou, the Huawei executive whose arrest on a U.S. warrant prompted China’s retaliatory acts. (Globe and Mail)

In an interview with the Toronto Star editorial board, Trudeau responded with much the same tsk-tsking he’s offered for months in the standoff: “Using arbitrary detention as a tool to achieve political goals, international or domestic, is something that is of concern not just to Canada but to all our allies, who have been highlighting that this is not acceptable behaviour in the international community because they are all worried about China engaging in the same kinds of pressure tactics with them.” (Canadian Press)

Meanwhile Canada’s meat industry, which has seen all imports into China banned, said the blockade has cost it nearly $100 million. Patience is running thin. “We have been patient and respectful with the government. But as we are entering our third month … and as Chinese importers establish arrangements with alternate suppliers, it will be increasingly difficult for Canada to regain market share once the suspension is lifted,” the Canadian Meat Council said in a statement. (Globe and Mail)

What the polls are saying about Election 2019: