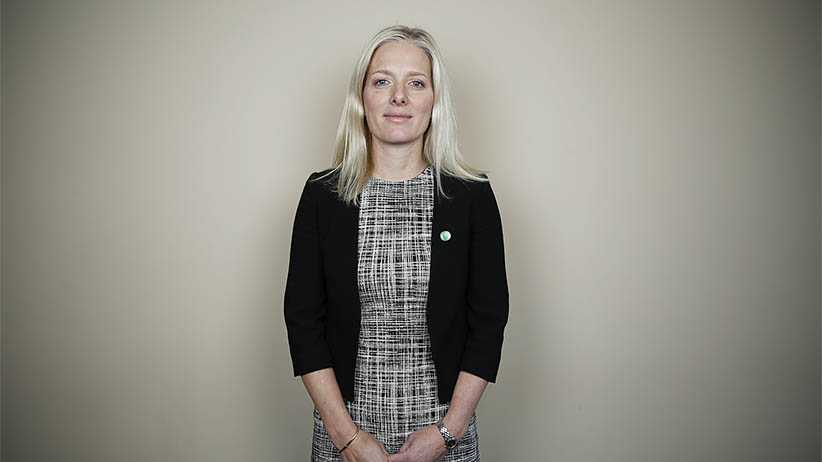 Minister of the Environment and Climate Change Catherine McKenna. (Photograph by Blair Gable)

OTTAWA — Environment Minister Catherine McKenna says the federal government is prepared to impose a price on carbon on any province that can’t come up with their own, or a cap and trade system.

The minister’s comments sparked the ire of at least one premier, Saskatchewan’s Brad Wall.

McKenna was speaking Sunday to CTV’s Question Period, two days after The Canadian Press reported that the Liberals would ratify the international Paris climate accord this fall even before they reach a deal with the provinces and territories on how to meet the country’s 2030 emissions target.

McKenna also said the federal government will stick to the existing targets for reducing carbon emissions, set by the previous Conservative government.

The Liberal government has won international accolades for picking up the climate change baton, with Trudeau and McKenna receiving praise for helping reach the Paris climate change agreement come to fruition last fall.

But UN Secretary-General Ban Ki-moon is in a hurry to ratify the pact, and has been lobbying countries to get that done before the Nov. 8 U.S. presidential election in hopes of locking in the accord’s provisions for at least four years.

The landmark deal calls for limiting global temperature increases this century to well below two degrees Celsius. It only comes into legal force after 55 countries representing 55 per cent of global greenhouse gas emissions formally ratify.

Senior government sources told The Canadian Press that Canada will deposit its ratification at the United Nations before Prime Minister Justin Trudeau meets the premiers for a promised first ministers meeting on a climate plan that’s been under discussion for months.

The timing of Trudeau’s meeting with premiers is in flux but it does not appear likely to take place before Canadian representatives are back at a UN climate conference in Marrakech, Morocco, Nov. 7-18, to discuss implementation of the Paris accord.

McKenna made clear Sunday, the federal government will do what it takes to move forward.

“That means that we would have a system that would be imposed, yes,” she said.

“I’m not trying to do that. We’re trying to go forward in a way that we’re working with everyone.”

Wall, appearing on the same program, was critical of McKenna, saying it wasn’t good for federal-provincial relations.

“It’s not the collaborative approach that the prime minister promised when he was elected. Not just on this issue, but in general on federal provincial issues,” Wall said.

Wall said Saskatchewan already has a price on carbon, and any further action by Ottawa could hurt Western provinces already under stress because of falling oil prices.

“If it’s some sort of a universal price that will, you know, manifest itself as a tax, and be disproportionately impacting the energy sector, which is already reeling, then we have a big problem in Saskatchewan with that kind of unilateral action.”