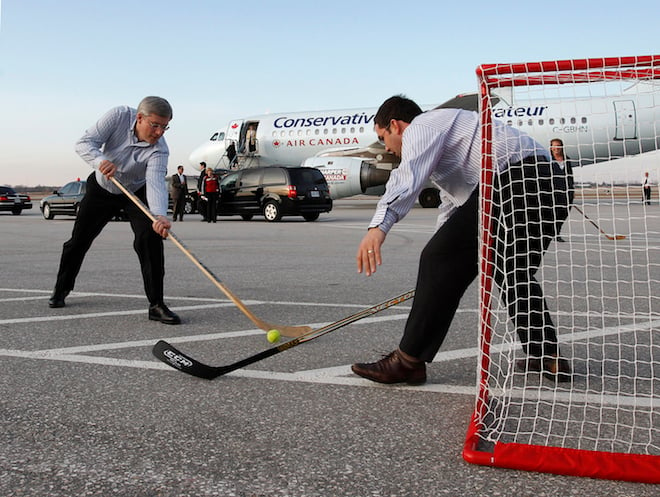 The Conservatives are scrambling to fill the party executive director post vacated Sunday by Dimitri Soudas. He left smack in the middle of candidate nominations for the 2015 election.

It’s the latest departure of a key Harper confidant — Harper lost chief of staff Nigel Wright to the Senate spending scandal last May.

MPs and rank-and-file Tories were unhappy and uncomfortable with what they saw unfolding around Soudas and his fiancee MP Eve Adams, both of whom inspire strong opinions within the party.

There were mounting concerns that Soudas was using his position to help Adams secure a nomination in a newly created suburban Toronto riding, at the same time as the party was promising to show no favouritism to incumbent MPs.

The fact that the party’s pre-election strategy was leaked to the Toronto Star following a meeting in February was also a strike against Soudas.

Sources say the situation became so uncomfortable that even Harper could no longer stand by Soudas, who worked for the PM, on-and-off, for a decade.

Other candidates had been in the mix for the executive director’s job December, but Soudas won the day as Harper’s choice.

“The impression was he was getting personally involved in Ms. Adam’s efforts to get the nomination,” said Ontario MP David Tilson. “Particularly in his position, that’s inappropriate.”

In one case, Soudas showed up at an Adams fundraiser held by an Oakville, Ont. financial planner, even though his contract specified he steer clear of the nomination fight.

A Conservative source also said there was evidence a door-to-door canvass for Adams had been organized from Soudas’s office at party headquarters. The source spoke on condition of anonymity because he was not authorized to speak publicly.

The opposition reacted to the Soudas situation with glee in the House of Commons on Monday.

“What’s going on with this prime minister’s judgment when yet another insider goes down to the ‘eve’ of destruction?” said NDP ethics critic Charlie Angus.

Adams is a controversial figure within the Conservative caucus. Her decision to run in a different riding from the one she won in 2011 left some privately puzzled.

She has come under criticism from party members for using her Commons mailing privileges and office budget to send material to people in the new riding of Oakville-North Burlington. The area where the mail went currently lies in the riding held by Transport Minister Lisa Raitt.

Adams told The Canadian Press last week she had followed all the rules in sending out the correspondence.