Chart of the day: Women grow their share in Canadian politics

More women are running for office than ever before. We break it down in our Show and Tell infographic series.

All the parliamentary hopefuls have filed their nomination papers, and they’ve collectively set at least one record: More women are running for office than ever before. When the nomination deadline passed on Sept. 28, the NDP had nominated the most women. A historical analysis reveals that this year’s election features both the greatest number (530) and greatest percentage (29.6 per cent) of female candidates compared to any prior election. It’s worth noting that, while 105 more women are running now compared to 2011, the percentage increase is only marginal (28.5 per cent in 2011). See which parties boast the most female candidates in the chart below. 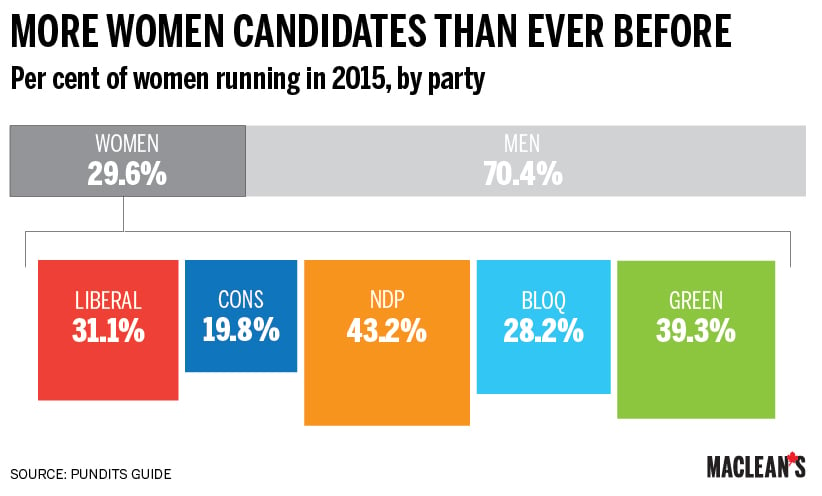