Chart: Why the on-reserve Aboriginal vote is lower than average

Voter turnout in Canadian federal elections tends to be lower among on-reserve Aboriginals than non-Aboriginals.

In 2011, 44.8 per cent of those living on reserves turned out to vote, while 61.1 per cent of the overall Canadian population cast a ballot. And this voting gap is a trend we’ve seen for at least the past four elections. While the on-reserve turnout rate follows the national trend, it remains significantly lower. In fact, in 2004, there was an entire 20.6 percentage-point difference between the national and on-reserve turnout rates.

A 2011 Elections Canada report on Aboriginal electoral participation suggests this gap in turnout can be attributed to a few factors, including lower rates of registration, fewer political resources, younger average age and poorer socioeconomic situations. 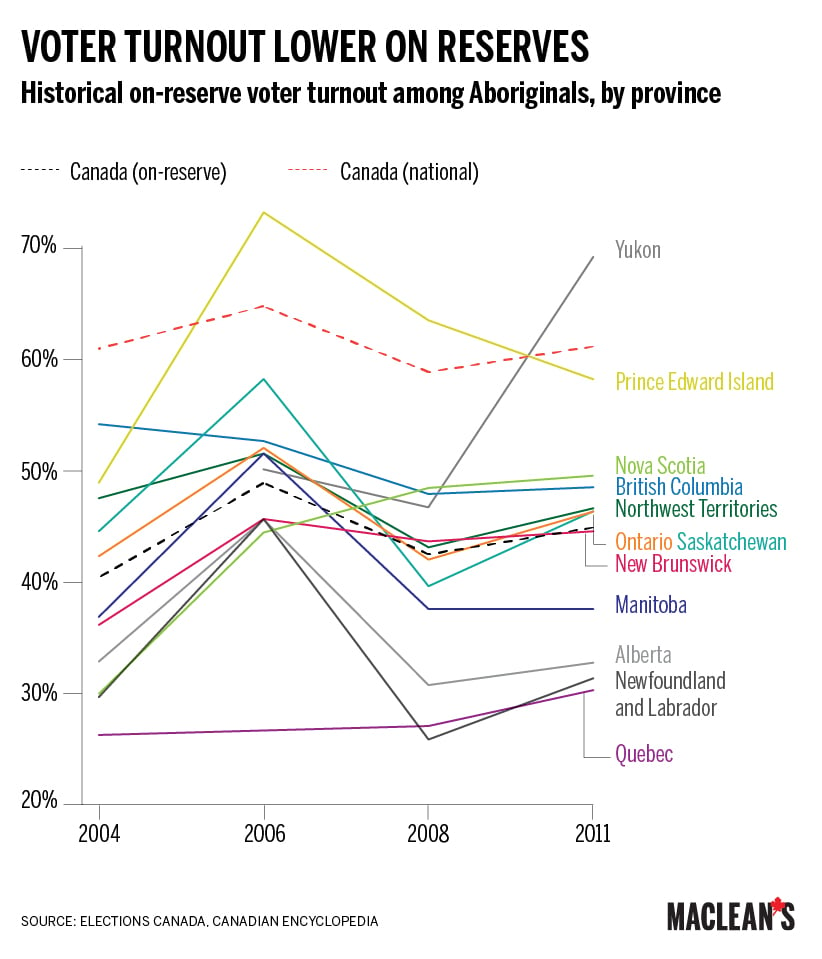