Chart: What does it take to pull off an election?

With 30 new ridings and 40 more campaign days than in past elections, this may be the most resource-intensive election Canada has ever seen

Pulling off a federal election is a big job—a really big job. This time, it’s bigger than ever. With about 40 more campaign days than in past elections, and 30 brand-new ridings to staff, this will likely be the most resource-intensive election Canada has seen. Elections Canada predicts it will spend almost $400 million this year, but that estimate was likely made based on past campaigns that were significantly shorter. The folks at Elections Canada are hesitant to guess what the 42nd general election will eventually cost, but it will certainly come with a premium price tag. But what does that money buy? It’s distributed all over, from installing telephone lines to hiring hundreds of thousands of staff. Below we show just a few of the many resources it takes to make election day a success. 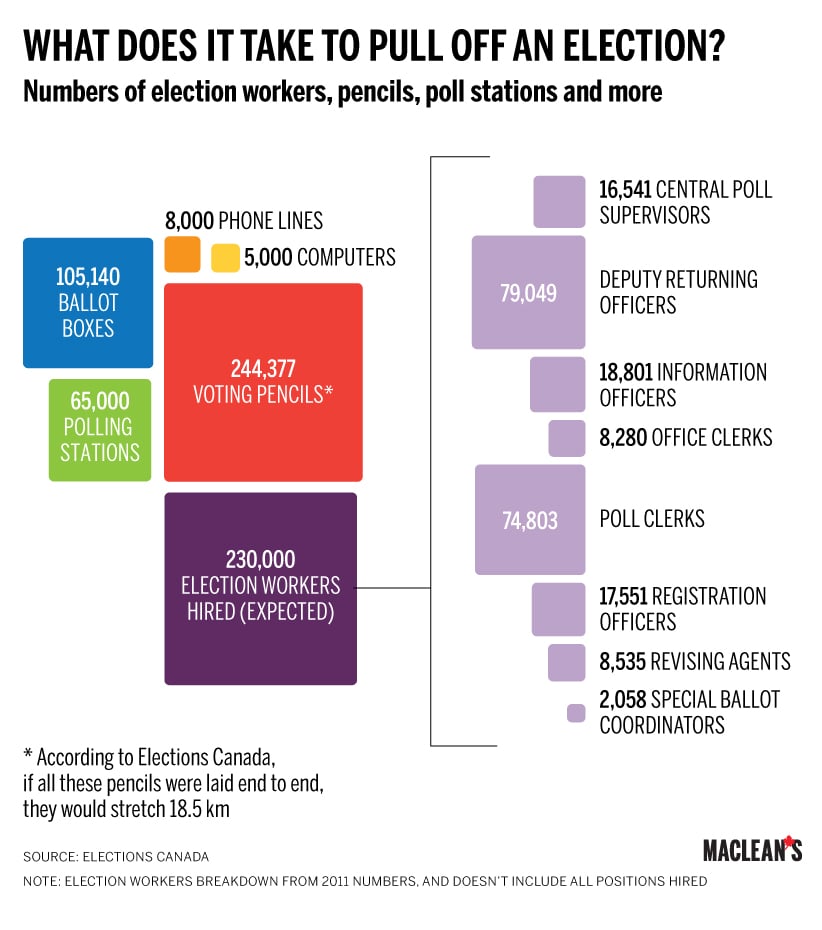