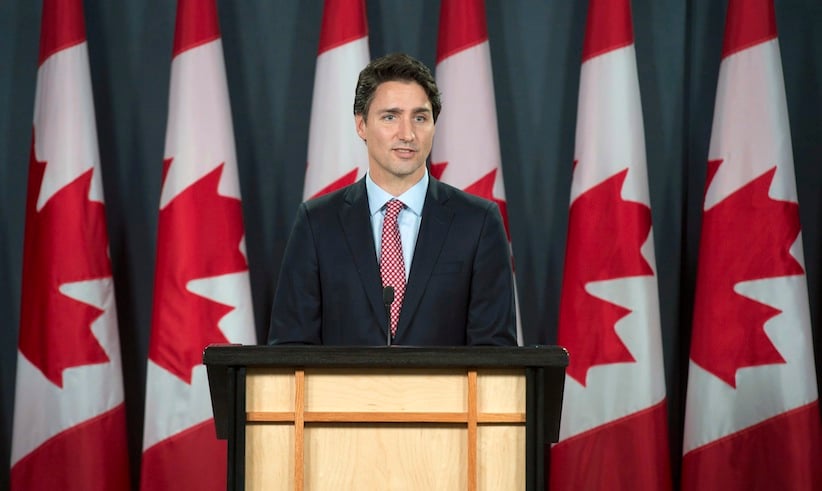 “A lot of people really believed we were off-track with the last government and it was really important to contribute by stepping up to run,” said McKenna, who defeated New Democrat incumbent Paul Dewar in the riding of Ottawa Centre.

McKenna is part of what may be the most diverse governing caucus of MPs that voters have ever sent to Parliament Hill.

She herself has a broad background beyond practising law, which enabled her to be a legal adviser to the United Nations peacekeeping mission in East Timor. She helped create her own non-governmental agency that works on governance and human rights issues abroad, and she’s lectured on foreign affairs at the University of Toronto. She’s also a competitive swimmer.

McKenna is typical, in some ways, of her broader caucus.

She’s a rookie, like more than two-thirds of her fellow Liberal MPs, 184 Liberals in all.

At 44, McKenna is also part of the biggest demographic group in the Liberal caucus, with 82 of those elected falling in the 30-to-49 age range. The second largest is the 50-64 group, with 68 MPs, according to a Maclean’s magazine analysis.

McKenna is also one of 50 women to be elected to the Liberal caucus.

The Liberals also have 38 of the 46 visible minorities elected to the House of Commons.

Interactive: Explore the shape of the House of Commons

McKenna represents the downtown Ottawa riding that includes Parliament Hill. That makes her typical of many fellow Liberal MPs, in the sense that much of the caucus is comprised of MPs from major urban centres.

The Liberals painted the map red in and around most major cities, including the greater Vancouver and Montreal areas, Ottawa and its surrounding areas and the greater Toronto area, including Mississauga and Brampton, as well as most of Winnipeg.

That’s on top of a smattering of MPs from rural ridings.

And of course, McKenna’s colleagues also include all 33 ridings from Atlantic Canada, as well as all three Arctic ridings, as well as a majority of Quebec’s.

Like her fellow rookies, as well as some returning Liberal veterans, McKenna says her focus will be on representing her constituents.

That’s going to be imperative for two reasons. Justin Trudeau is promising a smaller cabinet of about 25 people, which means there won’t be a job there for everybody. He also wants his MPs to bring the voices of their constituents to the Hill.

“He’s been clear about that — not having everything driven through PMO. I wouldn’t have run if I thought I was just going to be repeating talking points all the time,” McKenna said.

McKenna’s riding is home to federal public servants, many of whom have faced some tough morale issues under the Conservative government.

But she pointed to other concerns, such as relocating a controversial memorial to victims of communism; making the National Capital Commission more accountable; providing safer and better cycling and walking pathways; and building more affordable housing.

McKenna said she learned what her constituents want by listening at their doorsteps, proudly declaring that she knocked on 100,000 doors during her 522 days as a candidate.

“Not that I’m counting,” she joked.

And while some were skeptical about the value of knocking on doors, McKenna said it gave her a sense of what mattered in her riding — “outside of the bubble” of federal politics.