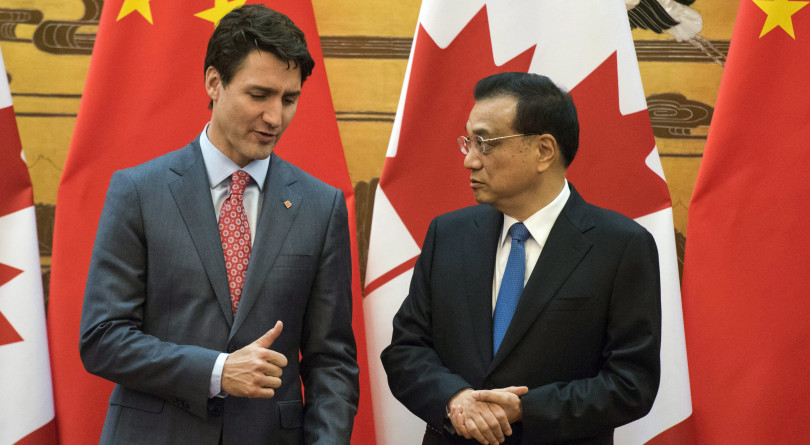 Think big: Describing it as “our generation’s national project” the advisory council set up to consider Canada’s pharmacare options says the federal government should establish a universal, single-payer public pharmacare system. The final report from the council, led by Ontario’s former health minister Dr. Eric Hoskins, pitched creating a new drug agency and an initial list of essential drugs that taxpayers would pay for, starting in 2022. But at this point, with the election four months away, it becomes a question of which if any of the council’s recommendations will make it into the party platforms. (CBC News)

Hello, is it Li you’re looking for?: The China snub is now complete. Multiple officials and politicians from Canada have attempted to engage with China’s leadership to smooth tensions between the two countries and advocate for the release of two Canadians. Now the CBC reports Justin Trudeau himself got the cold shoulder after his office tried to arrange a conversation with Chinese Prime Minister Li Keqiang. China ignored and then rejected Trudeau’s request, which the Conservatives quickly claimed was a sign of Trudeau’s low standing on the world stage, but China watchers say is part of Beijing’s usual tactics in diplomatic disputes. (CBC News)

In other Trudeau diplomacy news: With the lines to China shut down, the Prime Minister is headed to Washington to meet with President Donald Trump in the hopes of enlisting Washington’s help to pressure China. The meeting will take place on June 20, a week before Trudeau jets to Japan for the G20 summit—where he has said he hopes to corner Chinese President Xi Jinping.

The countdown, finally: In less than a week Andrew Scheer will release the Conservative’s long-awaited plan to fight climate change. In a video teasing the announcement he promised his plan—”a real plan,” as Scheer repeatedly says—would cut emissions without resorting to carbon taxes. Until we get a look at the plan—”a real plan”—first hand, here’s Maclean’s Ottawa bureau chief John Geddes with part of his interview with Scheer in 2017 on the topic of his party’s future climate change plan. (Maclean’s)

Q: A lot of Conservatives think you need a coherent, saleable climate change plan. Do you think you’ll have one?

A: We will absolutely have a comprehensive environmental plan—

A: It will include Canada’s responsibilities to address climate change, absolutely. But it will also be comprehensive on other aspects of the environment.

Q: What do you think that climate change plan will be? A lot of hard-core economic conservatives would say it needs to be a price on carbon. But you’ve pretty much rejected that. So is it regulation rather than pricing?

A: All I can say is, stay tuned. I agree Conservatives need something relevant, comprehensive, that shows two things. Not only are we showing that we accept that there’s a responsibility for Canada to play it’s part, but that also achieves results. We have to show both that we’re getting results, but also what’s motivating us. The thing that’s frustrating for me is that we’ve always had environmental conservatives that are a big part of this coalition, this party. Brian Mulroney was the greenest PM. The conservation stream that runs through the conservative movement.

Pay up: With right-leaning governments in several provinces vowing to do whatever it takes to help their federal Conservative counterparts defeat Trudeau this fall, they’ll have a near-unlimited resource at their disposal—their citizens’ tax dollars. Elections Canada confirmed to Huffington Post that third-party campaign spending limits during the pre-writ period starting June 30 will not apply to provincial governments. Both Doug Ford in Ontario and Alberta’s Jason Kenney have pledged to stop Trudeau’s re-election, with Ford already devoting tax dollars to advertisements and gas-station stickers opposing the Trudeau government’s carbon tax. (Huffington Post)

And another thing: The coalition of anti-Trudeau provinces found another reason to be angry with the Prime Minister: Ottawa accepted 99 Senate amendments to Bill C-69, the environmental assessment reform legislation, but rejected another 89 changes the Senate asked for. Energy ministers from Alberta, Saskatchewan and Ontario accused Trudeau of “cherry picking” amendments, and Alberta threatening to launch a constitutional challenge if the bill passes as is. (CBC News)

To ban or not to ban Huawei: With Canada locked in a diplomatic battle with China, the question of whether it should follow the U.S. lead and bar Chinese telecom Huawei from working on the country’s 5G network has become an election issue, with Scheer pledging that a Conservative government would ban Huawei and the Trudeau government as yet undecided. A Nanos Research poll commissioned by the Globe and Mail found 53 per cent of Canadians believe Ottawa should ban Huawei. Twenty-two per cent said a ban would be an overreaction, while 25 per cent are unsure. (Globe and Mail)

To ratify or not to ratify CUSMA: While Ottawa ponders the possibility of having to recall MPs over the summer break to push through the CUSMA (or as the Americans call it, USMCA) ratification bill, Canadians are split on whether Canada should try to finalize the deal now, or after the election. A Forum Research poll found 51 per cent of Canadians favour implementing the deal now while the rest prefer to wait. It’s a party thing—69 per cent of Liberals say ratify now, and 59 per cent of Conservative supports say hit pause. (Hill Times)