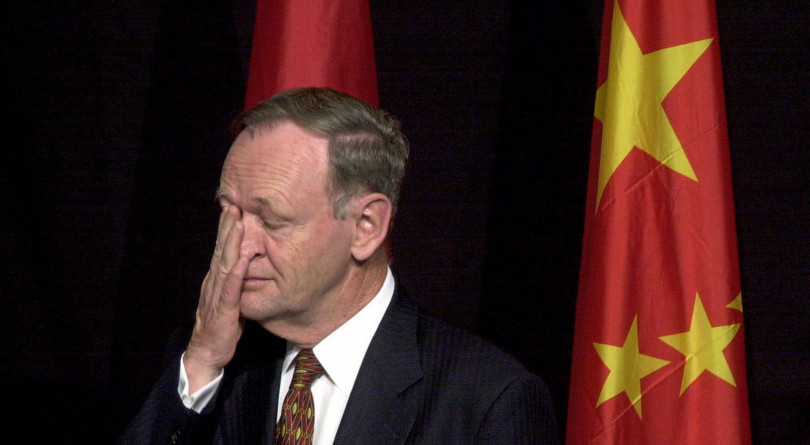 Before we get into today’s newsletter, WAY TO GO RAPTORS!

Like seemingly everyone in the country last night, politicians were glued to their TVs and devices, immediately taking to social media to offer congratulations to the team after their historic win:

The great capitulator: It was less than a week ago that Jean Chretien was being positioned by some, including Brian Mulroney, as a secret weapon Canada should deploy to resolve its deepening dispute with China. Turns out Chretien’s solution would be big on appeasement and white flags, and he’s made Trudeau’s task of managing an angry China all that much harder. The Globe and Mail reported Thursday morning that Chretien has been making the rounds with business executives, pitching the idea that Justice Minister David Lametti should cancel the process of extraditing Chinese telecom executive Meng Wanzhou to the U.S. to win favour with Beijing again.

Among those calling Chretien’s proposal a colossally-bad idea is Foreign Affairs Minister Chrystia Freeland: “We need to be very thoughtful and very mindful of precedents that our actions and our decisions set. And I think when we reflect on it, it would be clear to all of us that it would be a very dangerous precedent indeed for Canada to alter its behaviour when it comes to honouring an extradition treaty in response to external pressure. … When we think about the implications of setting such a precedent, we could easily find ourselves in a situation where, by acting in a single specific case, we could actually make all Canadians around the world less safe,” she said. “That is a responsibility I take very seriously.” (Globe and Mail)

But given the respect Chretien enjoys among senior officials in China, the fact he’s advocating for the Trudeau government to interfere in the court case to make China happy will only serve to embolden Beijing. As former Canadian ambassador to China David Mulroney tweeted: “Expect the pressure to continue as long as the Canadian debate is dominated by Beijing’s own talking points. A country that has always enjoyed a reputation for integrity would be giving up more than Ms. Meng in this deal.” (Twitter)

More snubs to come: Meanwhile, after it was revealed Trudeau’s attempt to speak with China’s Premier Li Keqiang was rebuffed earlier this year, Beijing says it will go right on snubbing Canadian politicians until it gets what it wants: Meng’s release. The chances of Trudeau getting that one-on-one with President Xi Jinping at the G20 meeting later this month aren’t looking good. (CBC News)

Welcome to the club: It was only a matter of time before Environment Minister Catherine McKenna imposed the federal carbon tax on Jason Kenney‘s Alberta, but it’ll still be some time before it actually becomes reality. A week after Kenney scrapped the former NDP government’s carbon tax, McKenna set a date of January 1, 2020 for the federal levy on carbon to take effect, at which point Alberta will join Saskatchewan, Ontario, Manitoba and New Brunswick, the other provinces that have refused to put a price on carbon and so had one imposed on them by Ottawa. (Global News)

Give or take $50: Yet even as the Trudeau government announced it was imposing the national carbon tax on Alberta, the Parliamentary Budget Officer released a report saying the carbon tax, currently at $20 a tonne, will have to be raised to $102 a tonne by 2030 if Canada hopes to meet its international climate-change commitment. That would be more than double the $50 rate the tax will incrementally rise to under the Liberal’s current plan by 2022. And while the Conservatives were quick to latch onto the report in Question Period, McKenna said the Liberals would freeze carbon taxes at the $50 rate if re-elected—and thereby fall short of what’s needed to meet Canada’s climate commitment, by the PBO’s reckoning. (Globe and Mail)

On interference watch: A day after Elections Canada confirmed that right-leaning provincial governments intent on stopping Trudeau’s re-election won’t be restricted by third-party campaign spending limits, Canada’s Chief Electoral Officer Stephane Perrault admitted to iPolitics that any effort to regulate premiers would be “complex” but that he will nevertheless “actively” watch how provinces intervene in the federal campaign: “The level playing field is an important principle, but this is a federal system that we have in which the federal-provincial dynamics are part of the electoral dynamic of pretty much every federal election. So we need to balance a lot of things if we are going to look into this to regulate provincial activities.” (iPolitics)

Big pharmacare: Now that the national pharmacare advisory council has released its report calling for a comprehensive plan covering all Canadians, it has put a glaring spotlight on the issue that will be impossible for politicians to avoid in the upcoming election, writes Anne Kingston:

The Liberals cast pharmacare as an election platform at its policy convention in April 2018 when it voted for “a universal, single-payer, evidence-based and sustainable public drug plan,” with the proviso it required “provincial and territorial co-operation.” The advisory council, chaired by Eric Hoskins, a medical doctor and former Ontario Health Minister, had been convened after the 2018 budget. At that time, Finance Minister Bill Morneau said any national drug program would have to be “fiscally responsible” and designed to fill gaps in coverage — not to provide prescription drugs to Canadians already covered by existing plans.

The advisory council saw otherwise. Its report calls for a $15-billion universal plan covering all Canadians, and the creation of a new national drug agency that would draft a national list of prescription medicines covered by the taxpayer and also negotiate prices. An initial list of “common and essential drugs” would be drawn up by Jan. 1, 2022, then expanded to a comprehensive plan by Jan. 2, 2027. Once implemented, the program would save an estimated $5 billion annually in drug costs, Hoskins announced at a press conference. (Maclean’s)

A cut too deep: With the Ontario and Alberta governments pushing ahead with deep spending cuts in the name of austerity, public school systems are bracing for larger class sizes, cuts to non-teaching staff like special-education assistants, and funding freezes—and the effect will be felt for years to come in rising inequality, writes Sarmishta Subramanian in the latest print issue of Maclean’s:

The old argument, the Conference Board of Canada notes in an article on inequality, was that “equality and efficiency were trade-offs”—that some level of inequality encourages investment and productivity. That thinking has changed as evidence piles up to the contrary. A new report from the U.K.’s Institute for Fiscal Studies expressed alarm that income inequality in the U.K. is nearing that of America, where the top 10 per cent makes, on average, nine times as much as the bottom 90 per cent. Citigroup CEO Michael Corbat said in April that income inequality “keeps [him] up at night.”

That’s what’s so troubling about the shifts afoot in parts of Canada. The threat they pose to student performance is likely to have long-term consequences for equality of opportunity, social mobility and income—at a time when economists are paying anxious attention to such things. A massive study on inequality by Raj Chetty, an economics professor at Harvard University, has shown that being in a “quality classroom” (experienced teacher, small class size) from kindergarten to Grade 3 correlates with higher earnings in adulthood. Chetty also found that a college or university education (still) breaks the usual correlation between our parents’ income and our own—i.e., it allows for the next generation to do better financially, and even break out of a poverty cycle. (Maclean’s)

Private property: Most Canadians don’t know that political parties are exempt from privacy laws, but once they find out, the majority want that loophole closed. A survey by Campaign Research Inc. on behalf of the Centre for Digital Rights found 85 per cent of those surveyed nationally had no idea parties are not governed in how they use voters’ personal information, but after being informed of the current state of affairs, 65 per cent said they want parties to be subject to the same privacy rules as other organizations in Canada. (Globe and Mail)

In any other federal election, the popularity of a premier would have little relevance to campaign strategies, but Ontario Premier Doug Ford‘s plummeting poll numbers pose a serious challenge to Scheer’s election bid. And now there’s more evidence of Ford’s woes. A DART/MARU Voice of Canada survey found Ford has the approval of just 29 per cent of Ontario voters, down five percentage points in the last quarter alone. (Ottawa Sun)