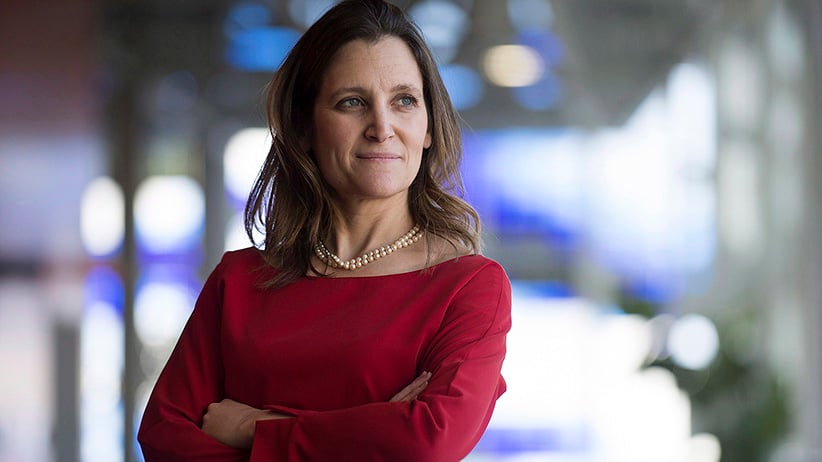 This is the sort of thing that happens every time there’s a change of government, but it’s worth reminding ourselves.

Today at Davos, as part of a broad Canadian government blitz of the venerable Alpine talk shop, Trade Minister Chrystia Freeland and International Development Minister Marie-Claude Bibeau announced the launch of Convergence, which offers one-stop shopping for private firms seeking to invest in developing markets overseas. With a little luck, there’ll be $10 billion in projects listed on Convergence (whose website is here) over the next five years.

Convergence reflects a few epiphanies about development assistance that have been rather long coming: that what developing countries want most isn’t charitable donations, it’s investment; that private investors in Canada would divert at least some of their money to these fast-growing markets if opportunities were made clearer and mechanisms simpler; and that everyone can gain from increasing activity at the intersection of investment and development.

I know all of this because I started reading about it when it was the Conservative government’s plan, nearly a year ago. Joe Oliver’s spring 2015 budget allocated money for the project. Here’s a news release from last July with every element of today’s announcement: the name, the rationale, the steering committee.

This is all good, unless you cling to the notion that filthy lucre must not stain the virtue of Africa, in which case I am here to tell you that horse has been out of the barn for some time now. It’s good that Christian Paradis was able to make some yards on this project before he saw the writing on the Conservative Party of Canada’s wall and decided not to run again. It’s good that Freeland and Bibeau resisted the urge to cancel this project just because it was on their desks when they got here. It’s good that international partners as influential as Dalberg, Mastercard and the Gates Foundation see some continuity in Canadian policy.