Maclean's is your destination for the 2015 election. Start with our in-depth primers on the big issues, including climate

Stephen Harper came to office touting Canada as an emerging “energy superpower.” His Conservatives have often talked of coming up with a strategy for cutting greenhouse gas emissions, mainly from burning fossil fuels, but have delivered, at best, tentative measures. That leaves the opposition leaders with what appears to be an opening. But Canada’s status as a huge oil and gas producer and exporter makes it hard to devise any credible policy that doesn’t also carry a big economic penalty.

CAMPAIGNING INTO A CLIMATE SUMMIT

Less than two months after the Canadian vote, the new government will have to take a position at a major United Nations climate change conference, set for Nov. 30 to Dec. 11 in Paris. The timing is key: It will be hard for Harper to avoid taking a stance in the international context, even if he were inclined to avoid being pinned down in the domestic political arena.

Conservative:  Back in 2009, Harper signed the Copenhagen Accord, promising to cut emissions by 17 per cent below 2005 levels by 2020, or down to 611 megatonnes. But Environment Canada’s annual “emission trends” report, released late last year, says the country is on track to be emitting 727 megatonnes in 2020. Clearly, tough new measures would be needed to hit the Copenhagen target. Meanwhile, at the G7 summit in June, Harper agreed to steeper reductions—30 per cent below 2005 levels by 2030. How could that be achieved? “Nobody’s going to start to shut down their industries or turn off the lights,” Harper said at the G7 meeting in Germany. “We’ve simply got to find a way to create lower carbon-emitting sources of energy.” Just that.

The Tories strongly favour pipelines, calling Keystone XL, for instance, a “no-brainer.” Harper brought in regulatory changes to give cabinet final approval on the environmental assessment process. His ministers waste no opportunity to lash out at the spectre of a “job-killing carbon tax” that would “raise the price on everything.”

NDP:  They would introduce a cap-and-trade system that puts a market price on carbon, promising to reinvest the money generated into the green energy sector. The NDP also promises federal sustainable-development legislation that would include communities and First Nations in energy project consultation. Mulcair would remove cabinet’s final say over environmental assessments. He has said he would attend the Paris 2015 UN climate change conference.

The NDP supports the Energy East pipeline from the oil sands to eastern Canadian refineries, but opposes Northern Gateway and Keystone XL.

Liberal:  They would roll back some of the Harper government’s changes to environmental assessment and introduce a new “evidence-based” process that includes better consultation with Aboriginal groups. The party has also promised to eliminate fossil fuel subsidies, and put a price on carbon by creating a national framework that would be administered by the provinces.
The Liberals support the Keystone XL and Kinder Morgan pipelines, but not Northern Gateway, and have not taken a clear position on Energy East. Trudeau has said he and all premiers would attend the Paris 2015 UN climate change conference.

Green:  Not surprisingly, the Greens have an extensive platform, right down to encouraging efficient lightbulbs. Generally, the party opposes “any and all” pipeline plans and advocates an aggressive reduction in greenhouse gases: 85 per cent below 1990 levels by 2050 and becoming carbon-neutral by 2100. The Greens would make all carbon fuels subject to a “carbon fee and dividend,” as well as an industrial cap-and-trade program. 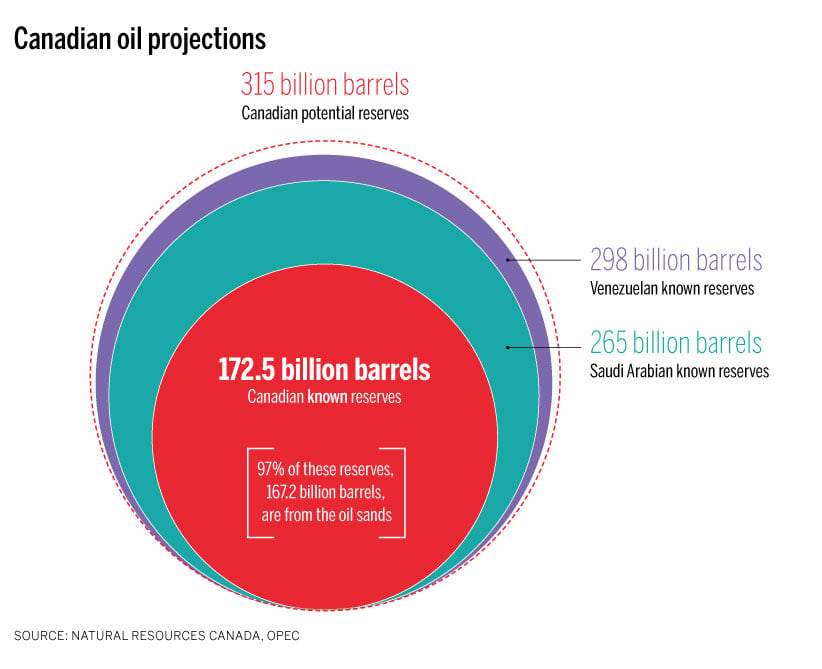 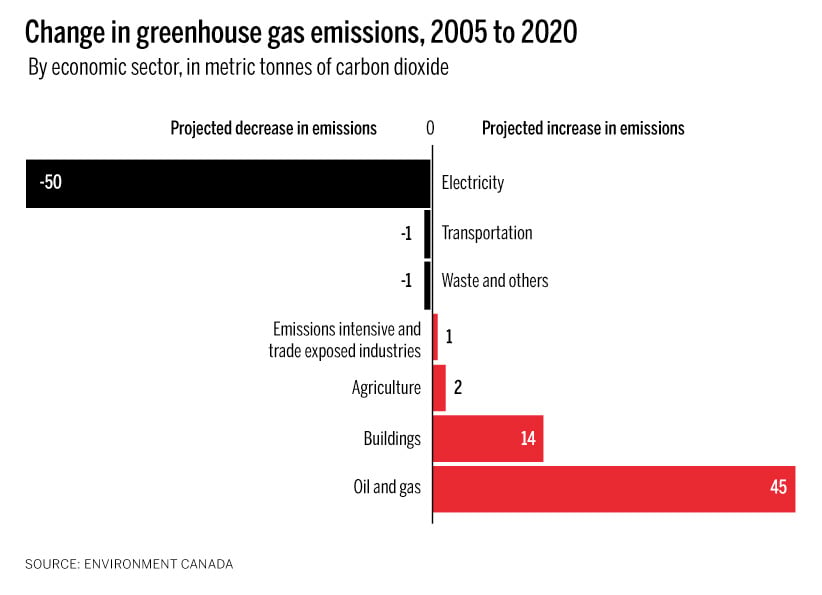 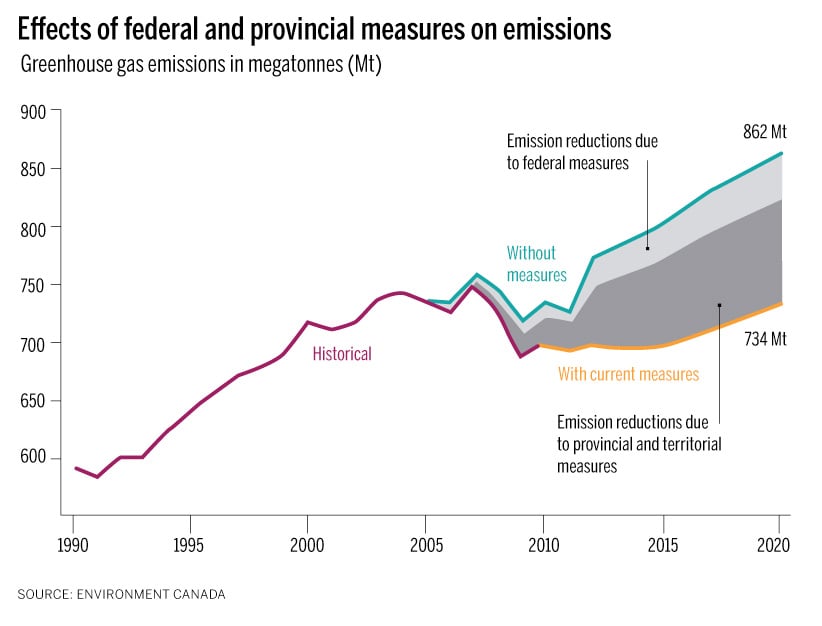 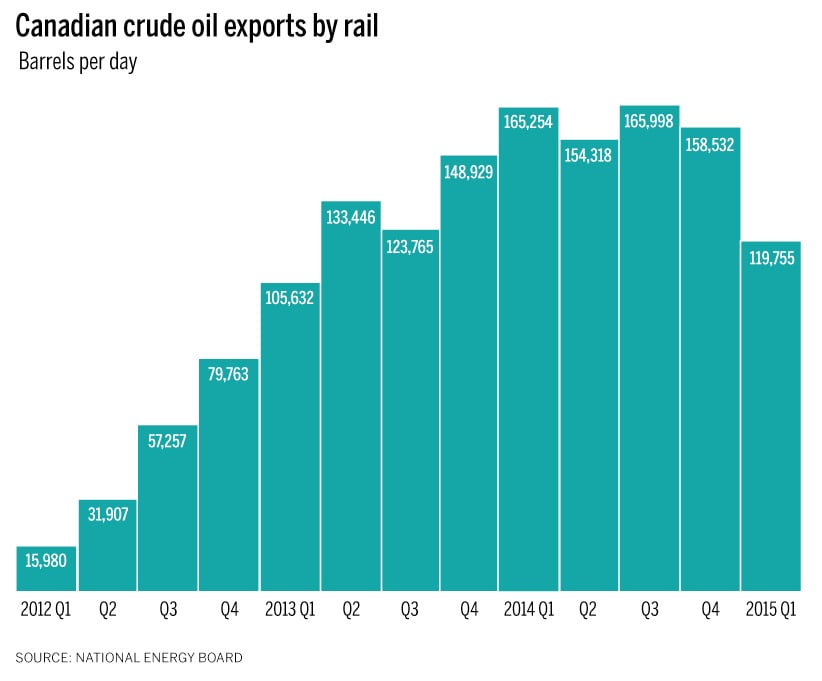 “Canada has done very well at reducing local air pollution, and has made reasonable progress on greenhouse gases (such as carbon dioxide). But grand global plans like Kyoto keep failing because the urgency gets overstated, the policies are too expensive and the benefits turn out to be minimal. The U.S. Senate will not ratify another new climate treaty, and China and India are not going to cut emissions any time soon, so Canadians should be very reluctant to embrace any costly new promises.”
—Ross McKitrick, University of Guelph economics professor

“No matter how they vote, Canadians should know two things. First, the issue of climate change can’t be ignored, especially for a country like Canada that is increasingly connected through trade to other nations that are moving forward aggressively. Second, local solutions to climate change are likely to deliver the most benefit—in things like jobs and economic diversity—which makes it imperative that the government of the day find a way to mobilize citizens across the land.”
—Warren Mabee, director of Queen’s University Institute for Energy and Environmental Policy