Clown down: The post-O'Leary Conservatives

To the Tories who were seriously supporting O'Leary: What were you thinking? To the rest: What are you going to do now? 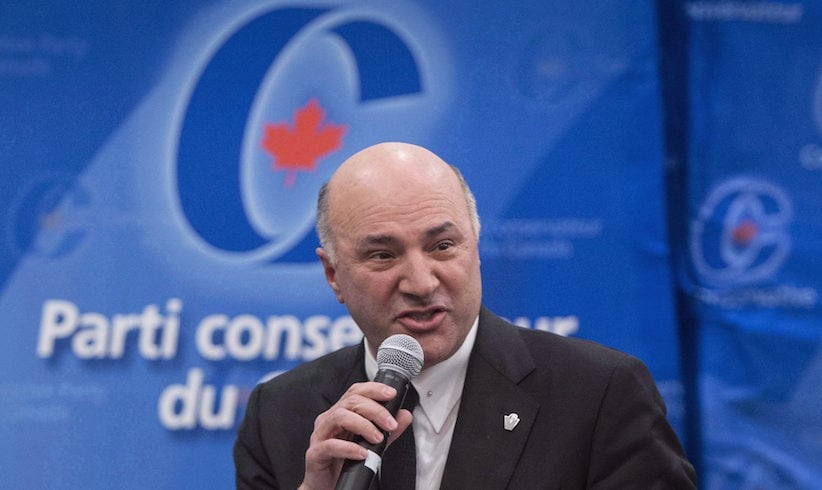 Perhaps now (he said with no real hope), we will stop pretending success in other fields transfers effortlessly to politics. Ken Dryden was a great goalie. He got nowhere as a leadership candidate—and that was in 2006, when, as it turned out, the Liberals could have used a good leader. Marc Garneau was an astronaut. Peter Pocklington (ask your parents) owned the team that fielded the greatest hockey player since, I don’t know, maybe Orr, and are you seriously coming to me for hockey lore? Anyway, he crapped out as a Progressive Conservative leadership candidate.

The lesson, which a lot of people seem slow to learn, is that conspicuous success over here does not constitute any kind of guarantee over there. Politics is its own set of skills and challenges. If you can’t speak in a way that inspires at least part of your audience, if you can’t make others want to give their time and energy, if you can’t make hard choices, stand withering abuse, organize your way out of a paper bag—if you can’t do politics, then politics doesn’t care what you can do.

And Kevin O’Leary, let us remember, was not even that good at the other thing. I don’t want to belabour this, but come on. Pop quiz: If you wanted to see O’Leary on TV last November, before he got into the Conservative leadership race he’s just left, where would you tune in? What time and station? If you’d called a dozen of your friends, could three of them have told you?

And then there was the extended uncertainty about which country he likes best.

Anyway. O’Leary’s departure clarifies some things about the choices ahead for Conservatives, but I want to pause and offer some gentle questions to those Conservatives who have already spent time working to make him the next Conservative leader and who now find themselves bereft: What were you thinking? Which of his policies did you think was the wisest for ensuring Canada’s prosperity? What was he saying that would have struck you as clever or insightful if it had not come from a semi-professional TV jerk?

And, most delicate: Was there any sense in which you were supporting this guy, not because you thought he would be good for Canada, but because some other rubes could be made to buy him? Because in nearly a quarter-century covering federal politics, I’m still amazed every time I see that instinct at work. This is the PT Barnum school of political strategy, and I’m here to tell you, even in the year of Donald Trump, that it fails far more often than it succeeds.

RELATED: How are gay rights and climate action not conservative values?

Anyway. Enough of the loudmouth quitter. Onward: Is Maxime Bernier now the heir-presumptive? Maybe. This would be a remarkable outcome: handing the party of Stephen Harper to a man who believes that, on the scale of what’s possible and needed to restrict the role of government in the nation’s life, Harper did nothing significant. If Harperism was about a partial rehabilitation of social conservatism on one hand, and a steely incrementalism on the other, Bernier rejects both hands. On social questions he’s a libertarian. On economic questions he has no interest in moving slowly. His selection would be an expression of deep frustration with the Harper legacy, by people who spent a decade helping to build that legacy. It’d be a fun experiment, to say the least.

If not Max, then who? Andrew Scheer (medium-right) and Erin O’Toole (rightish) have been fighting for the mantle of Harperite continuity. Each of their campaigns is sure they see a path to victory. The rest of the field is a mix of quirky gambles (maybe Conservatives want a carbon tax! Maybe Kellie Leitch isn’t a self-animated golem!), social conservative proof-of-concept candidacies, and tragically misfiring former ambassadors, whom I won’t name but, you know, Is-Chray Alexander-way.

O’Leary saved the party some real trouble by quitting, because if he hadn’t quit now, you can now be certain he’d have quit at some random point in the future. Different flavours of trouble lie ahead. Perhaps the huckster’s departure can be taken, by each Conservative in his or her own way, as a stern admonition: Get serious before it’s too late.